What’s In Store This Month?

If Jim Henson had designed fishes in his muppet creature workshop, there’s a good chance that they’d come out looking like the Slender Blockhead (Steatocranus tinanti). Although an African Cichlid, it’s a fish of streams and moving water in the Congo region far from the Rift Valley lakes. Blockheads can be kept alongside suitably-sized tetras, barbs and other species that appreciate the same conditions as long as they are housed in aquaria that provide room for them to avoid the immediate area of the cichlids’ spawning site. This fish caught the eye during a visit to our Weybridge store. 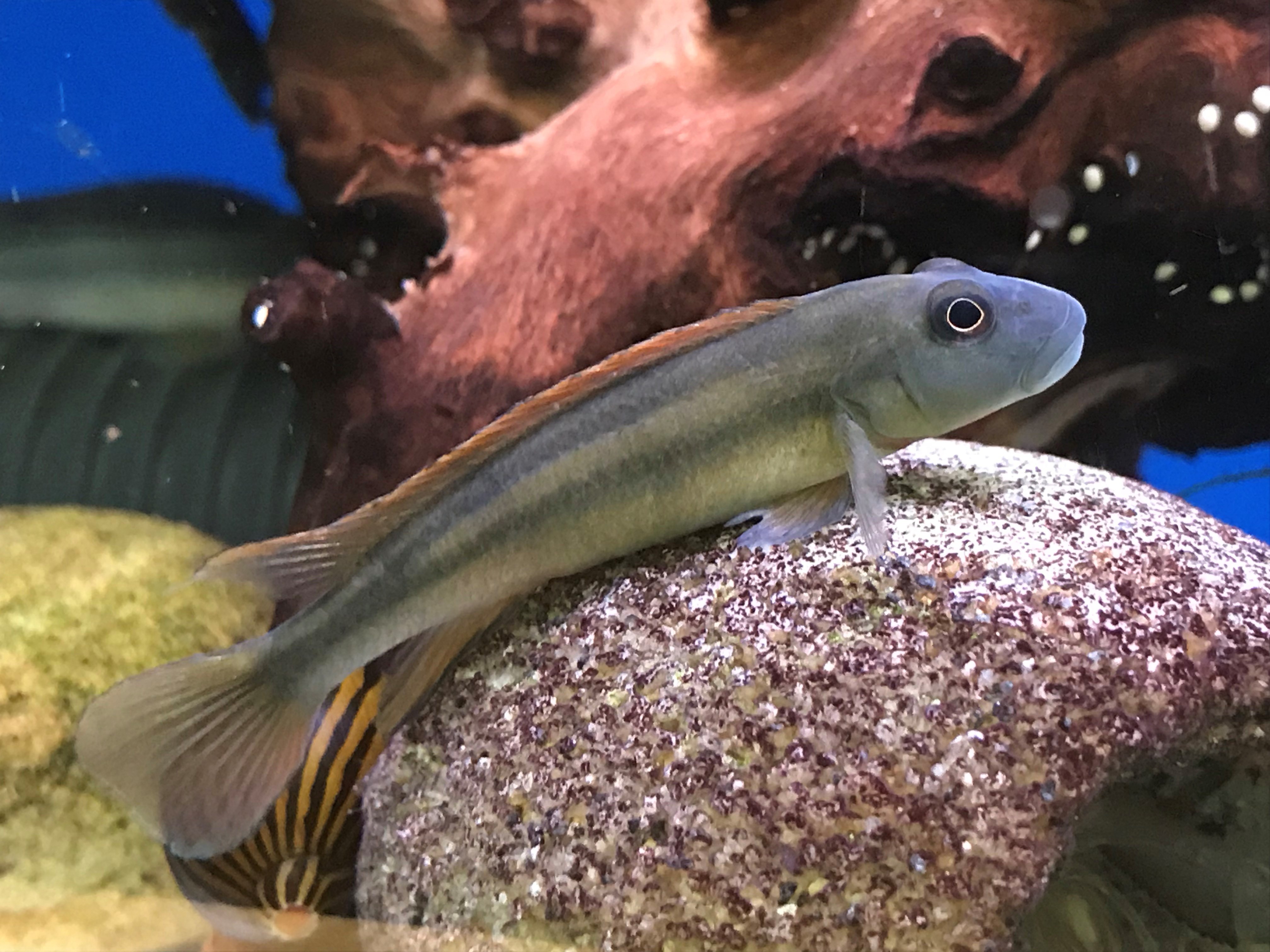 A similarly charismatic fish for the saltwater hobbyist, the Harlequin Bass (Serranus tigrinus) is a pocket sized grouper relative suitable for reef tanks without any bite sized crustaceans or tiny fishes. Serranus have interesting sex lives and are hermaphrodites that tend to be solitary during the day but meet a handy neighbour for spawning at dusk. This means that they tend to be one to a tank fish due to the limitations of accommodating their territory. This one was seen at our Polhill branch.

Tetras and their relatives come in many different shapes and sizes and this reflects their diversity to fit a wide range of niches. In a group that includes the notorious piranhas, silver dollars are more likely to strip aquatic plants than dine on flesh and make great choices for large aquaria where robust fish are housed. These Striped silver dollars (Metynnis fasciatus) make good tank mates for peaceful predators, or occasionally stroppy cichlids that might eat smaller shoaling fish. It’s nice to see a shoal of these fish and this group at our Guildford store were looking very appealing.

Even more familiar to most fish keepers, barbs are a colourful and varied bunch that have recently been split into more meaningful groups. This has caused a bit of disruption and made some of our labelling out of date within months of its last update. Look out for confusing changes for the Pentazona Barb that we’ve known as Puntius pentazona for some years. This fish is now more accurately identified as Desmopuntius hexazona with the true D. pentazona being a much more rarely-seen species with an extra mark at the base of the dorsal fin. Whatever you call this fish, it’s a great community species with a peaceful nature and the stripes that are a feature of far more aggressive relatives. This colourful shoal were at our Swindon North store.

Having seen some amazing footage in the spectacular Blue Planet 2 in past weeks, it seems that changes in the health of wild reefs have been the exact opposite of the fate of captive ones. Never has the availability of cultured and propagated corals been so good and animals considered hard to keep are now thriving in a new era of advances in lighting and supplementation. It’s nice to see corals such as these Scolymia looking as healthy in stores such as Reefkeeper Windsor as they do in the wild state.

Aquarium
Time for a new project?

It’s been the same ever since I first walked into a fish shop, there’s so many choices that even when I had fifty tanks on the go I didn’t have enough room. With the prospect of another few weeks at home, now is a great time to look at some wish list fish.

Aquarium
How do I test my aquarium water?

The health of any aquatic animal is limited by the quality of the water in which it lives but how do you go about finding out more about this complex (but rather watery) soup that is home to your pets? Paul Tapley explains all.

Treatment of White Spot (Cryptocaryon irritans) in marine fishes is often complicated by the presence of invertebrates, it’s fairly logical that medications are harmful to them as parasites are inverts after all. It then becomes a question of dose rates, with some chemicals such as copper being particularly deadly. Paul Tapley explains everything you need to know.