Some fish are capable of amazing transformations in display aquaria and the Odessa barb (Pethia ) is one of the best. It’s hard to believe that the mostly brown specimens in our stock tanks are capable of showing these dazzling colours but the males in display are stunners. Given a planted tank and a bit of competition, the males will blaze with colour as they try to impress the females and intimidate their rivals.

The turbo snails are always popular for algae control in marine tanks and are specialists at grazing microalgae from hard surfaces. If you’ve got a lot of hard surfaces to graze then the biggest of the lot, the Giant turbo (Tectus ) might be the one for you - just bear in mind that these animals are happiest on substrates of rock and glass. This one at being cleaned up by a hermit crab, as they can’t reach own shells. 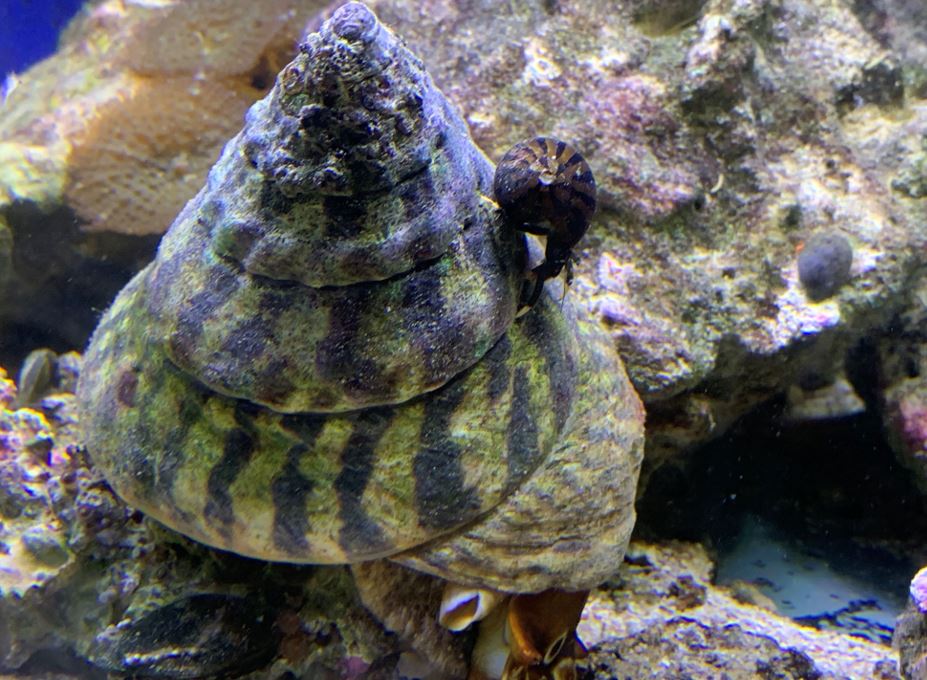 You know I can’t resist a golden oldie and Silvertip tetras (Hasemania nana) have been in the hobby for generations. This batch at hinting at the warm colours that give them the alternative name of Copper tetra and displaying the jostling behaviour that makes them a good choice for active communities. As with many shoaling fishes with this type of temperament, it’s important to keep them in good numbers to keep them busy with healthy interactions amongst their own kind. 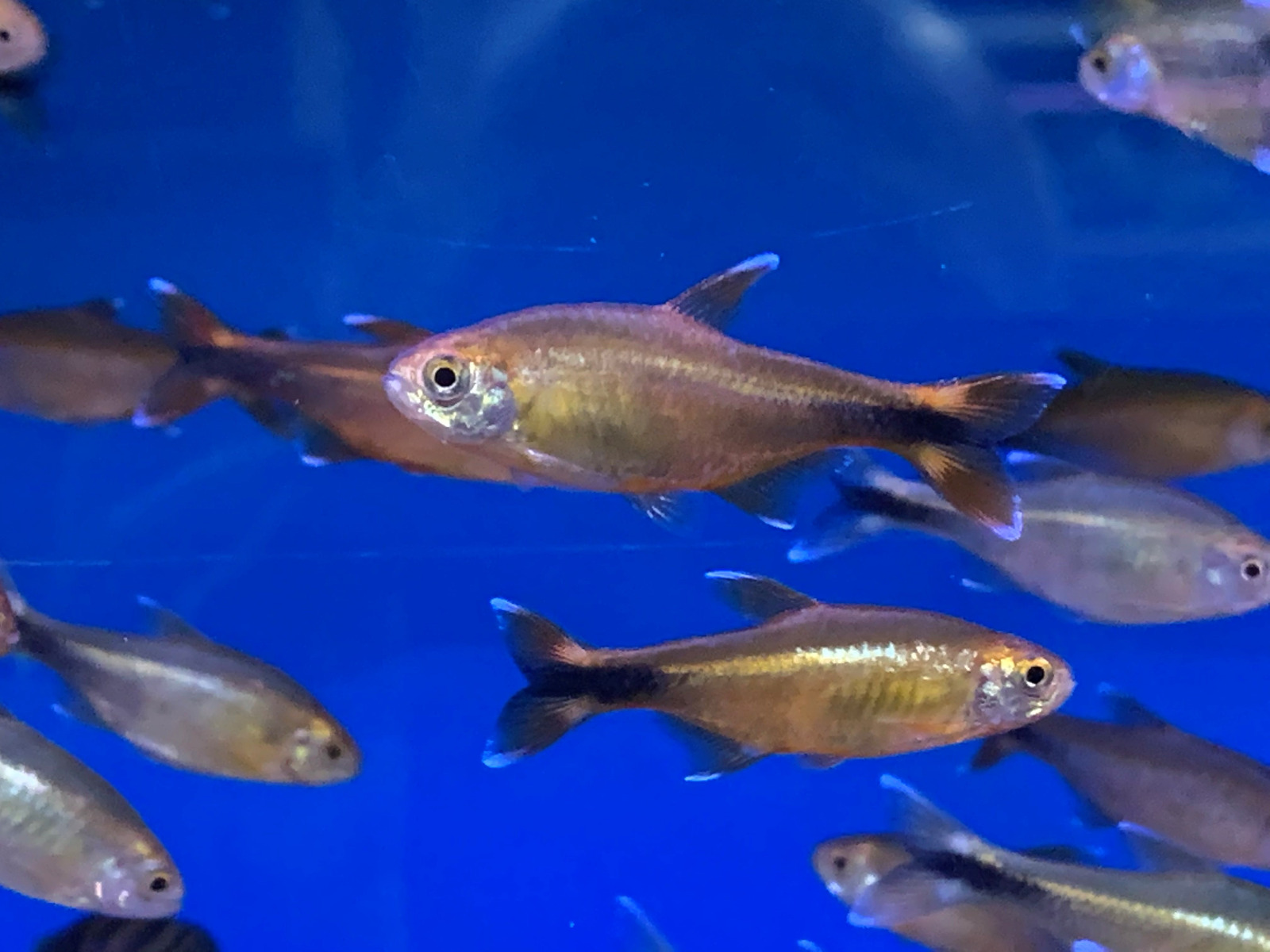 You often see significant differences in levels of aggression between wild fishes and their counterparts. In the case of Dottybacks, this is a welcome change and it was a pleasure to see a number of Neon Dottybacks (Pseudochromis ) sharing stock tanks at . These little reef fish are full of character and charisma but are no pushovers when it comes to territorial disputes with neighbours. 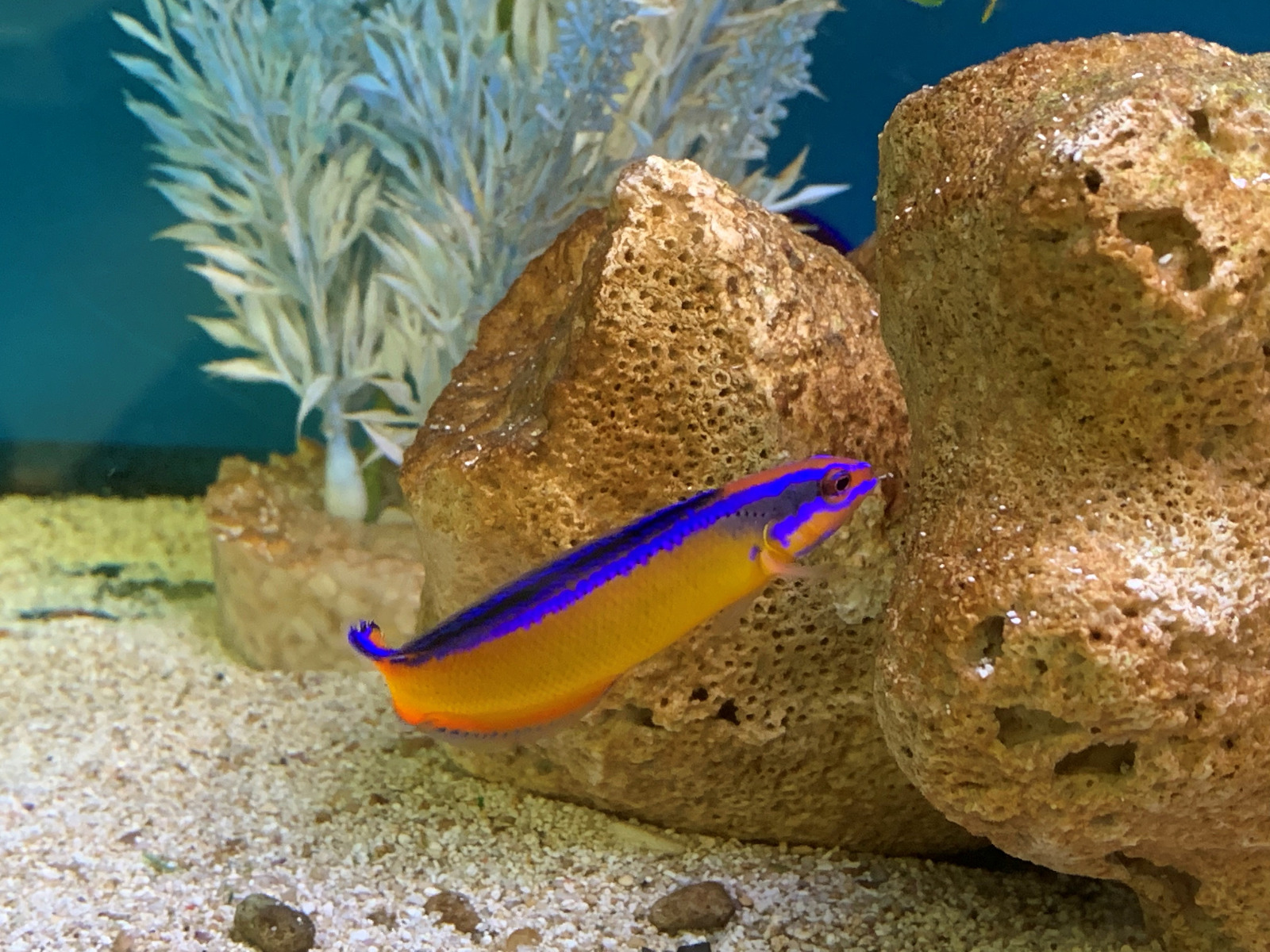 Malawi cichlid communities aren’t known for their suitability for other types of fish but there’s one that deserves to be kept more widely. Although Tanganyikan, the Cuckoo catfish (Synodontis ) is able to thrive and breed alongside angry by using their spiny fins and unique spawning strategy. Adults will drop their eggs for the female cichlids to incubate and brood - young catfish might look delicate but are well armed and independent. 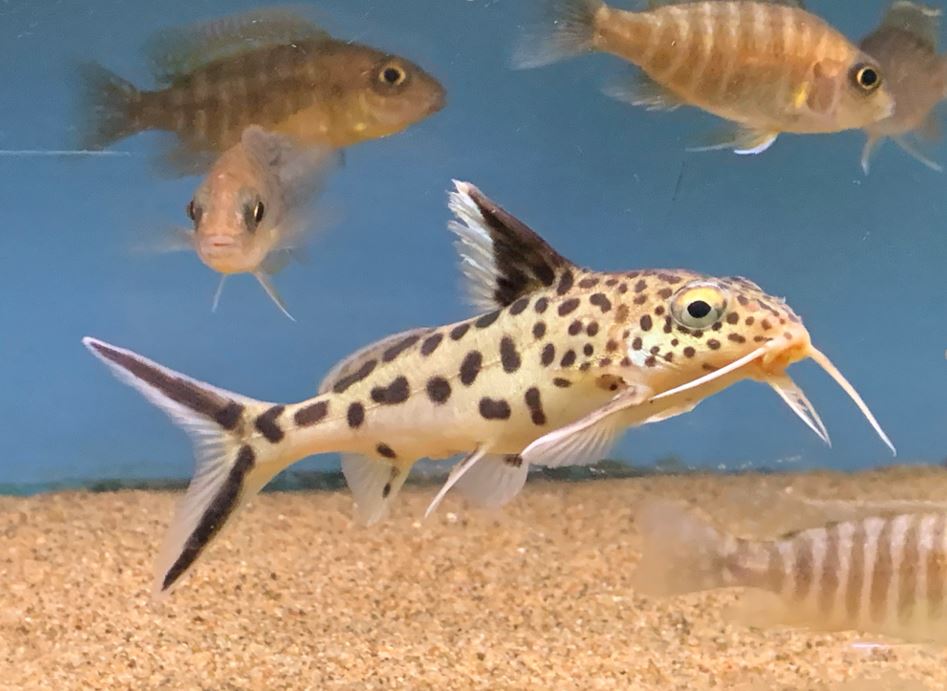 Many of the fishes seen in the trade are hybrids and the real McCoy can be hard to find but definitely worth the search. This one at the Basingstoke store shows the characteristics that separate them in the fin patterns, eye colour and beige base colour.