The pond season marches on and this time it’s the turn of the rather modest Gold Tench (Tinca tinca) to shine. Like some of the more dubious over-exposed celebrities, these fish are all about the bottom and are legendary for their recommendation as ‘scavengers’ in generations of pond literature. Together with their native green cousins, they also have a reputation as ‘doctor fish’ with claims that other species would rub themselves against the tench to gain protection from their slime coating. In reality, these are a welcome addition to many communities of fish and will happily search the base of the pond for overlooked morsels as well as surfacing to feed on all the usual fare. With mature specimens such as these at our Mere Park store, the larger spoon-shaped pelvic fins of the males serve to distinguish them from the more robust females, making it easy to select a pair. 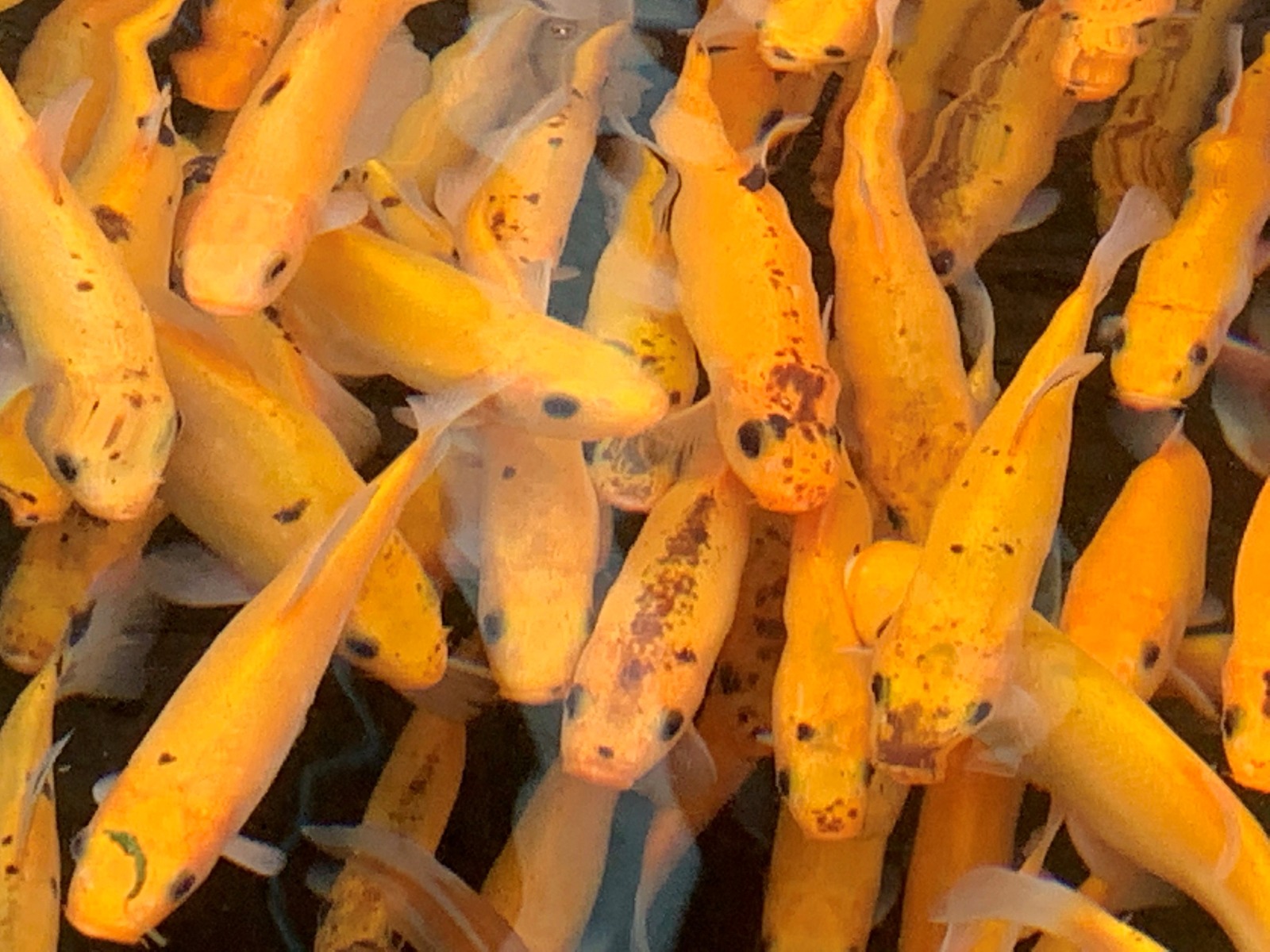 It’s not uncommon for the scientific names of fish to change as previous errors of taxonomy are resolved by the modern investigation. Sometimes these can impact familiar species such as the Skunk catfish that we’ve known for years (and routinely labelled) as Corydoras but this was the result of a long established error. After resolving the identity of the real (a long-nosed species) the new name we need to learn for this lovely fish is Corydoras . Of course, the fishes don’t care what we call them and these are still the same great choice for life as a shoaling community fish - as evidenced by the batch at our Swindon store who seemed underwhelmed by the drama. 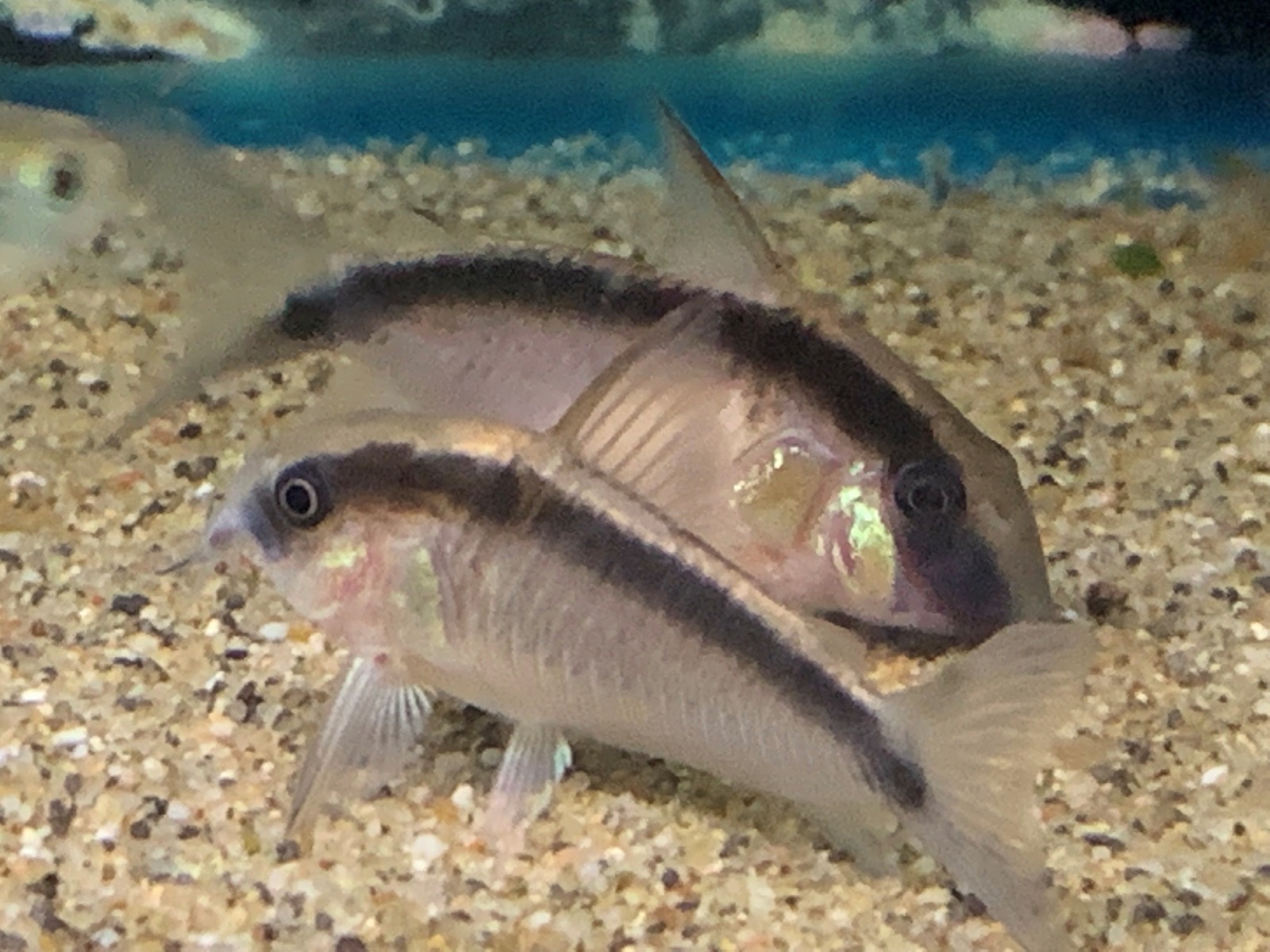 They’ve been around for years, quietly munching corals when placed in the wrong aquaria but there’s no denying the appeal of Dancing shrimp (Rynchocinetes ) in the right setting. Rather awkwardly for a shrimp, these are one of the animals that are best kept in a non-reef marine tank that’s not home to the usual invert-munching suspects, such as puffers and triggers. Given their preference for low light levels and their hardy nature once acclimatised, these are a good choice for some of the more basic starter marine tanks and are a worthy alternative to fish in nano tanks. As they relish eating prized corals such as Zoanthids, you won’t see these in every store but this one was demonstrating the solo tango staccato movement that gives them their name, at our Huntingdon store. 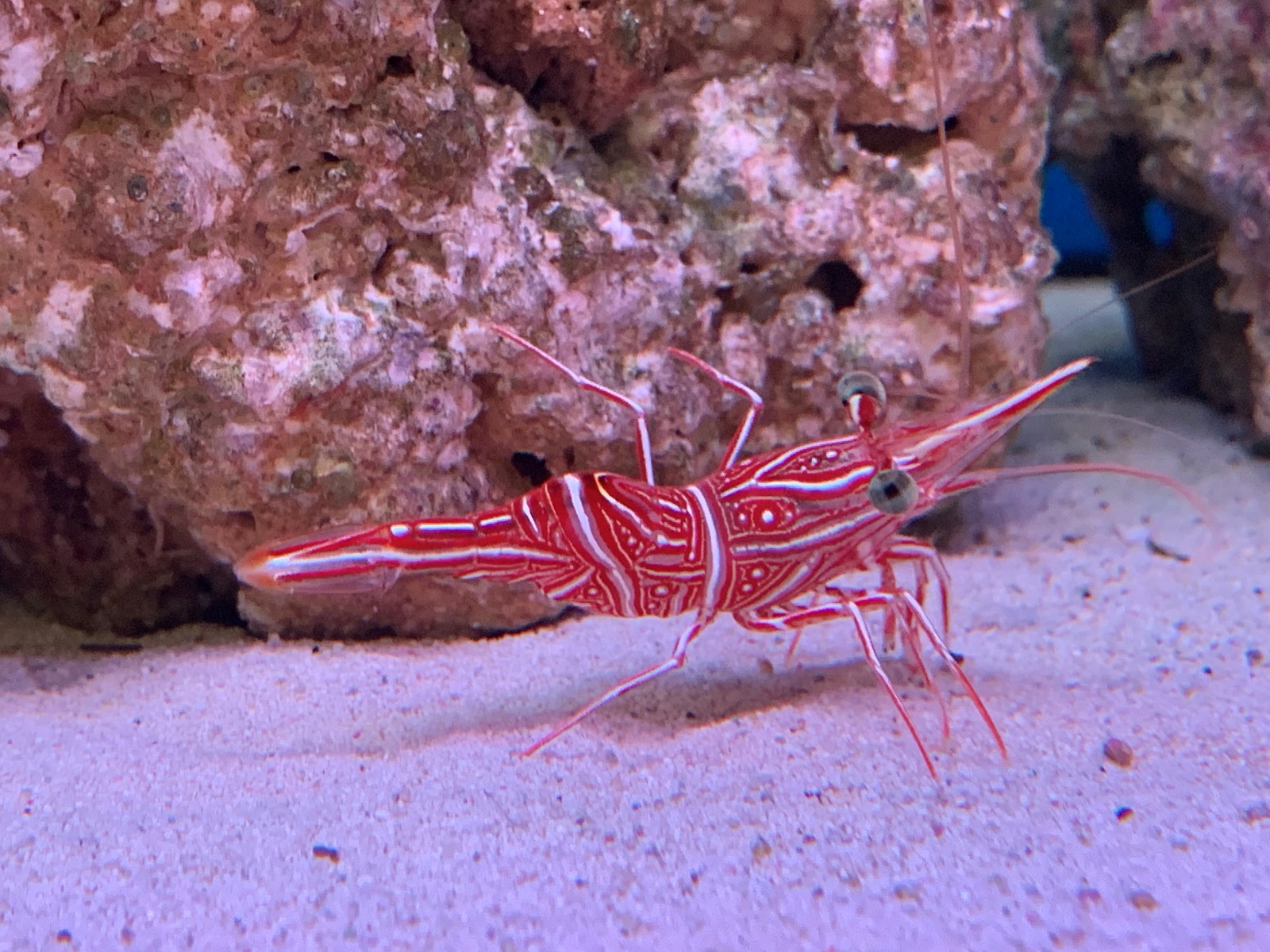 It can be hard to be the less famous member of any family but this doesn’t seem to trouble the Vietnamese cardinal minnow (Tanichthys ) which is every bit as attractive as the ubiquitous Whitecloud mountain minnow (T. ). Having been in the hobby for less than twenty years, this fish is far less domesticated and shines as if pulled from a clear mountain stream. With a small adult size and a preference for cooler water, this is an excellent choice for the kind of tanks that most people buy with goldfish in mind - especially as they’ll relish the water movement provided by an internal filter. These were one of a number of tempting species at our Stratford store. 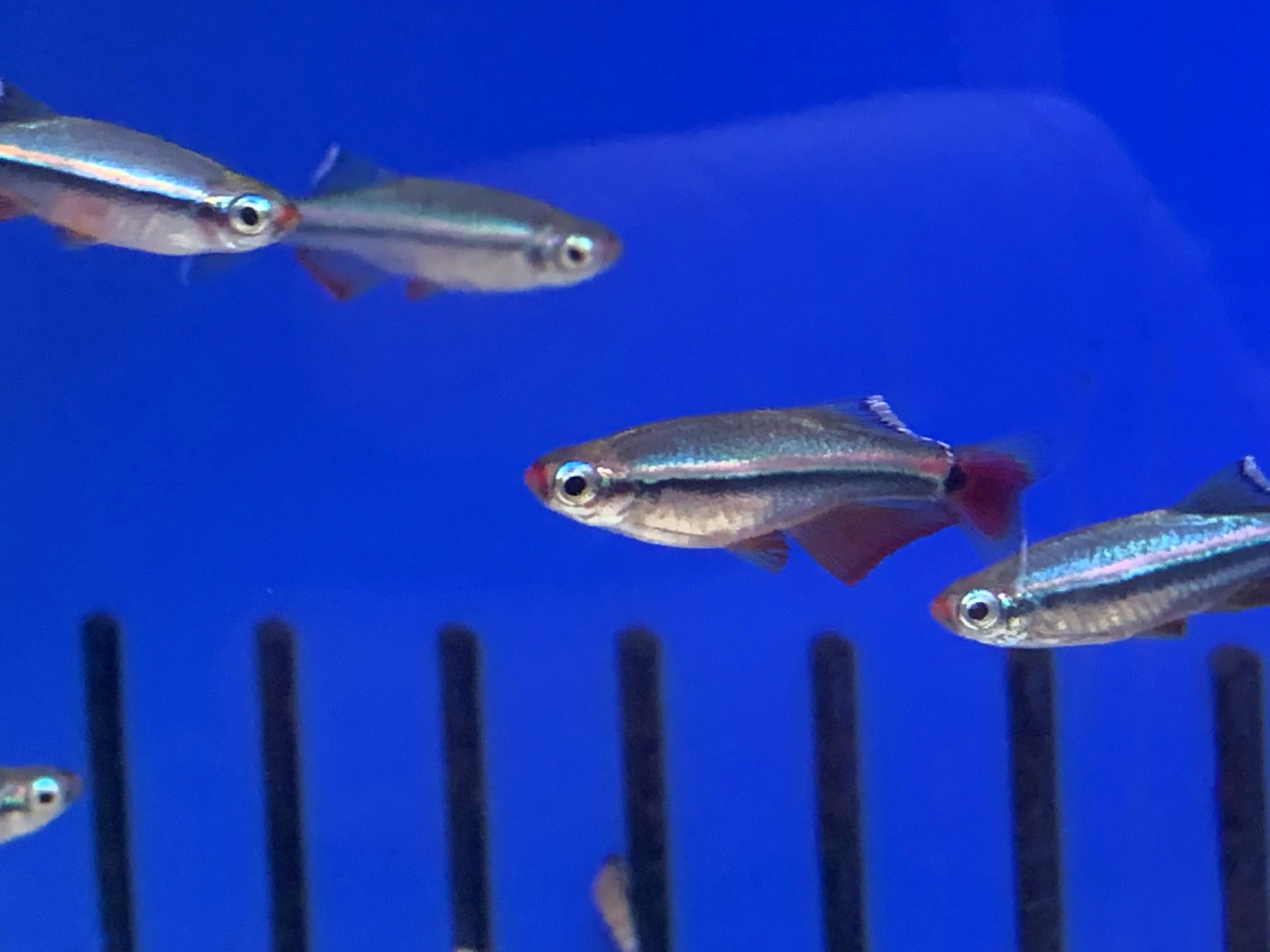 Sometimes the greatest rarities are the ones overlooked by most people. This astonishing mature golden plec Hypostomus caught my eye from ten metres away as the first of its species I’ve seen in a Maidenhead store during a visit to the newly reborn Dedworth branch - a tropical specialist store that occupies the old Reefkeeper Windsor site knelt before it and felt suitably awed, before overhearing comments such as “is that fish dead?” and “...I used to have one of those albino ” For the L number aficionado, this is, of course, an extremely rare import from Argentina that would be the centrepiece of anyone’s collection. 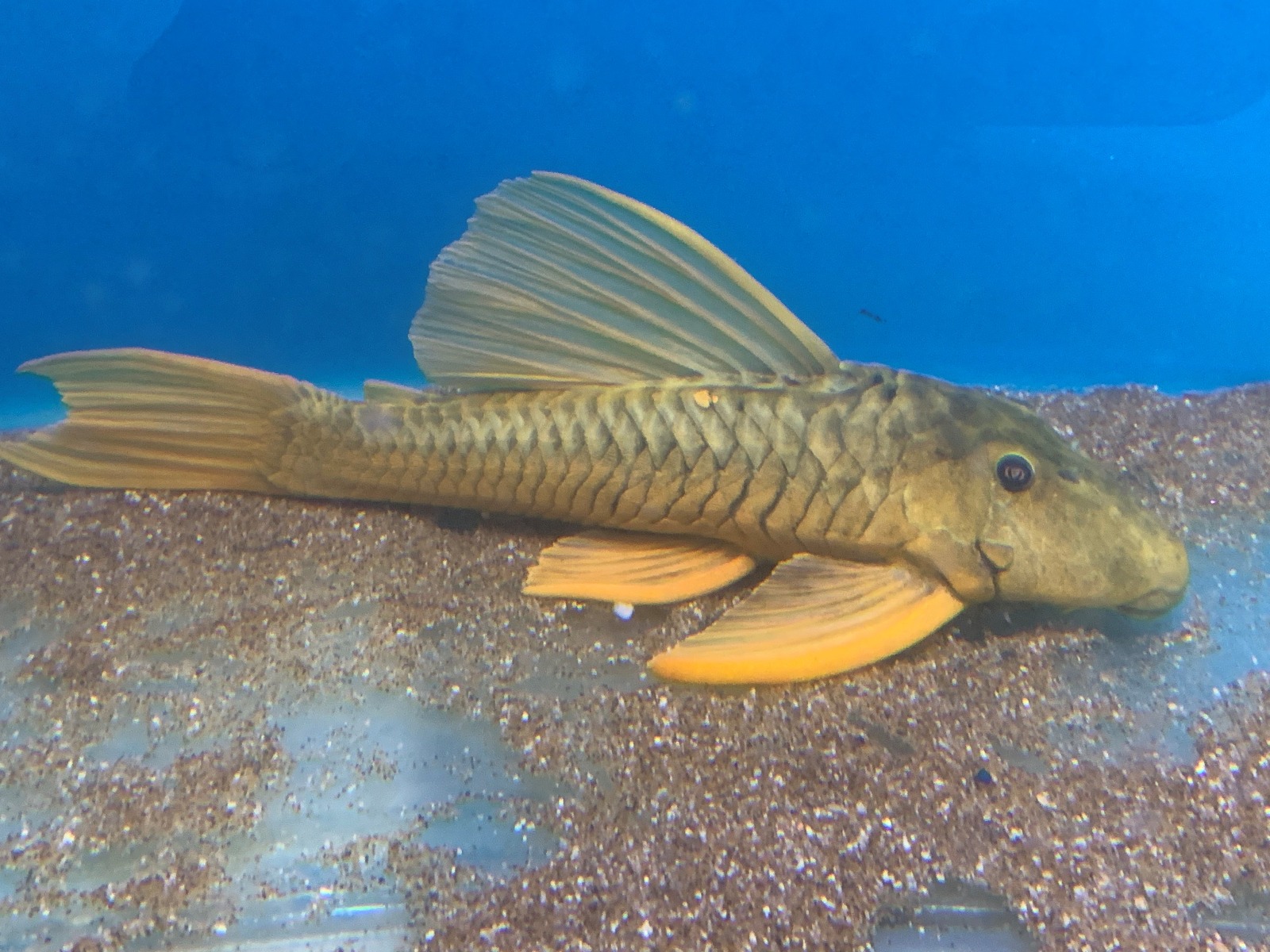