Week 2 of Fishkeeper Fry is complete for most schools. Schools have been sending in work and showing us what they’ve been up to. 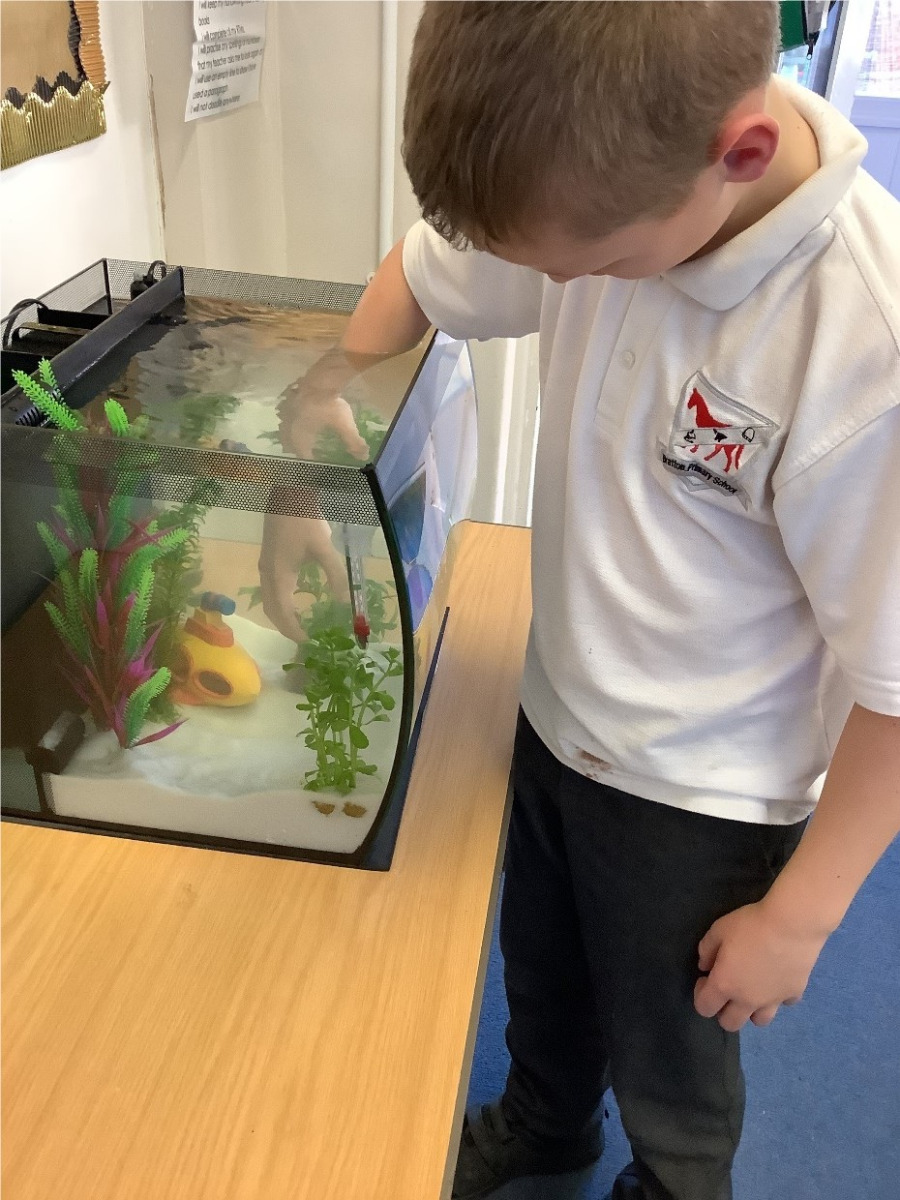 Each week Paul Tapley (better known as Tappers) our fish keeping expert takes pupils through the next stage in their fish keeping journey. In the videos, Tappers demonstrates the next task whilst explaining why he is doing things in certain ways. Over the 8 weeks, Tappers will teach pupils about the good and bad bacteria, how and why you need to carry out water changes as well as many other key elements to maintain a healthy aquarium. 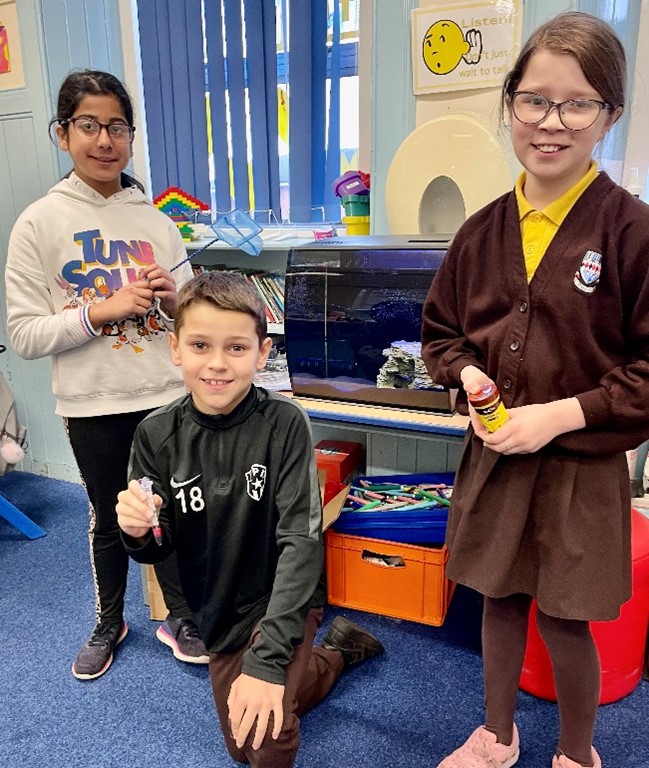 Figure 2: Langloan Primary have been testing the water in their tank

This week, Tappers has been showing pupils how to test the water in their tanks and how to add plants to their aquarium in preparation for livestock arriving in week 3. 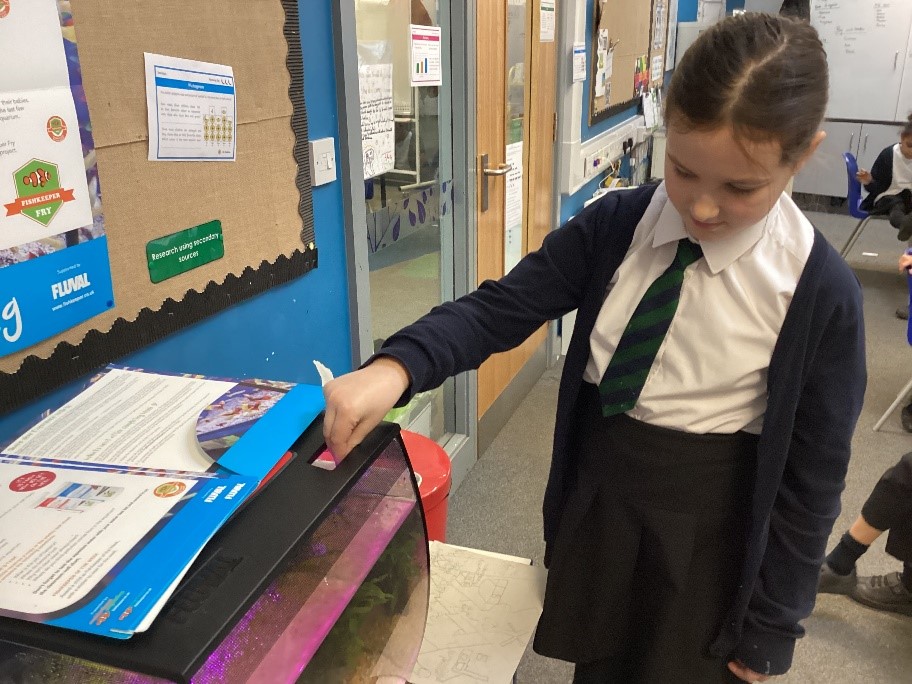 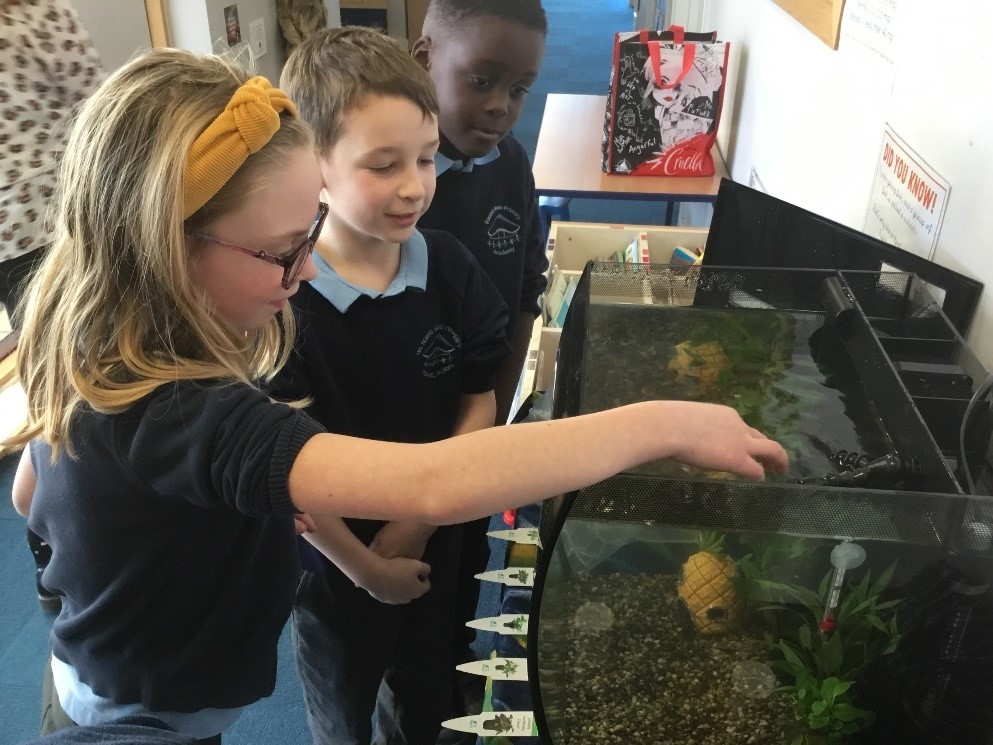 Figure 4: The Round House Primary Academy pupils testing the water

The Nitrogen Cycle was introduced to pupils by Tappers this week as well. This is the core of keeping fish happy and healthy making it an important topic to cover. The Nitrogen Cycle starts to explain the role that bacteria in aquarium filters play. 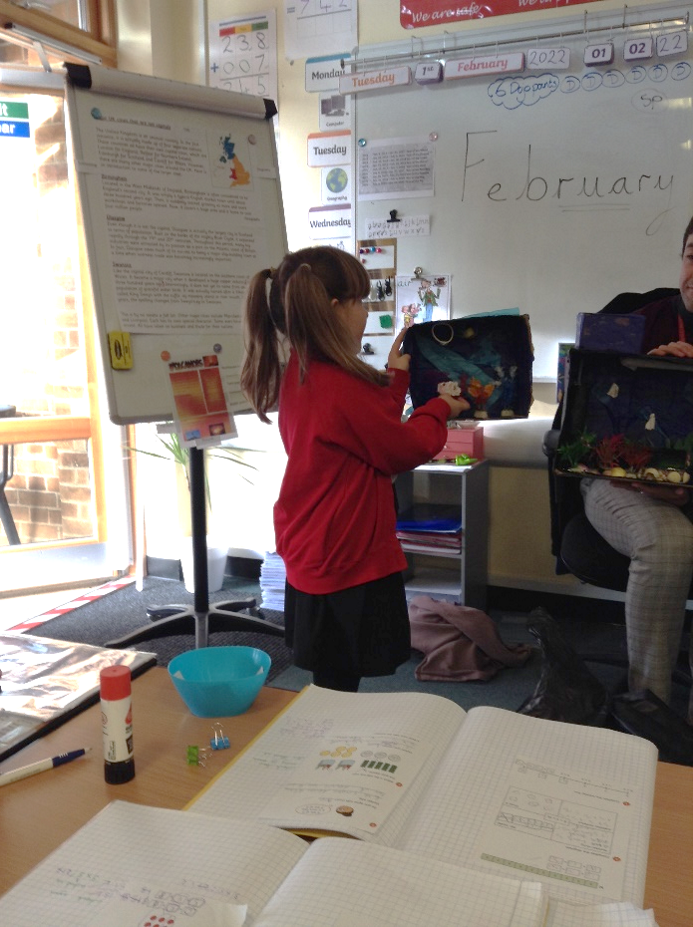 Figure 5: Beccles Primary School pupil Angelina made her own tank to explain the process of nitrate and nitrite.

Schools have been completing a cut and stick task that we sent to help understand the Nitrogen Cycle. 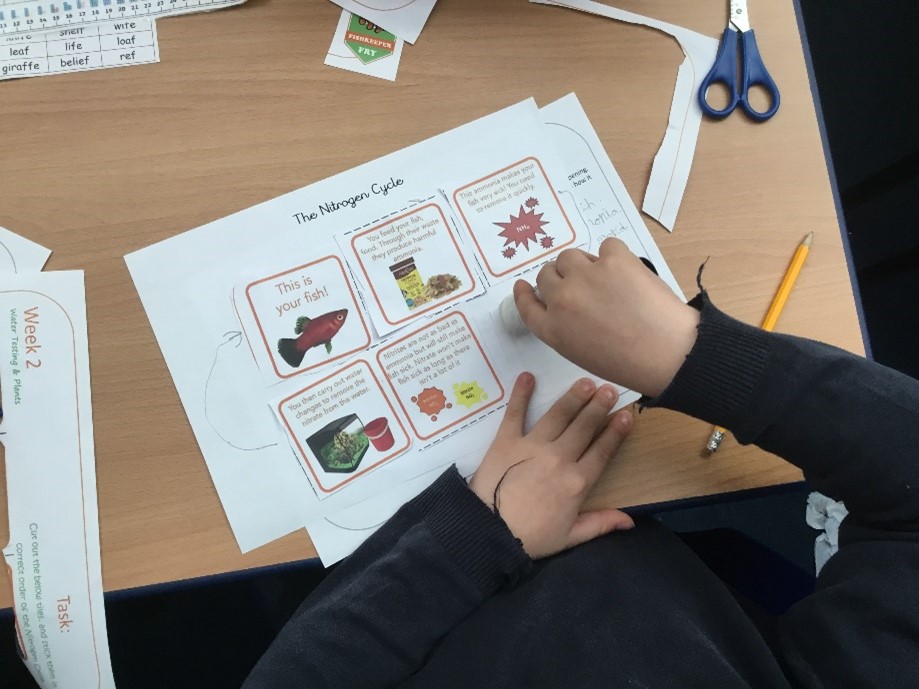 Figure 6: The Round House Primary Academy pupil completing their cut and stick task

At the end of each video, Tappers asks a couple of key questions about the topic he has covered; pupils are asked to answer the questions on another worksheet we send. This week, they also had a ‘fill in the gaps’ task. 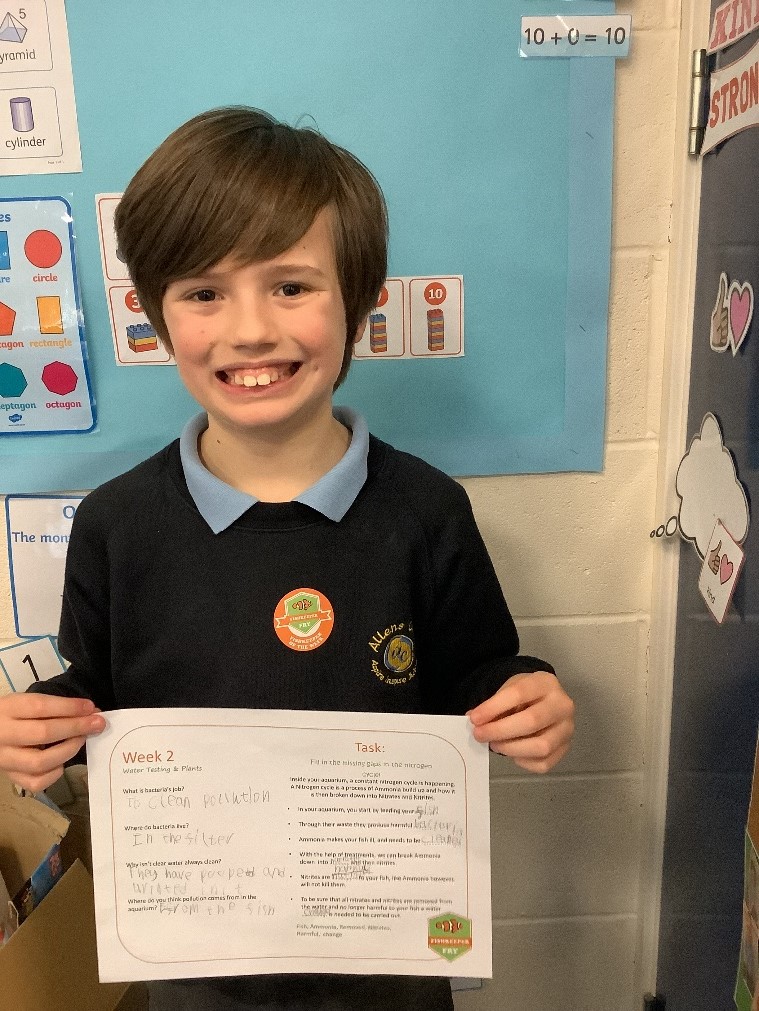 In week 2, stores supplied their schools with plants to add to the aquariums and pupils have been busy placing them in neatly. 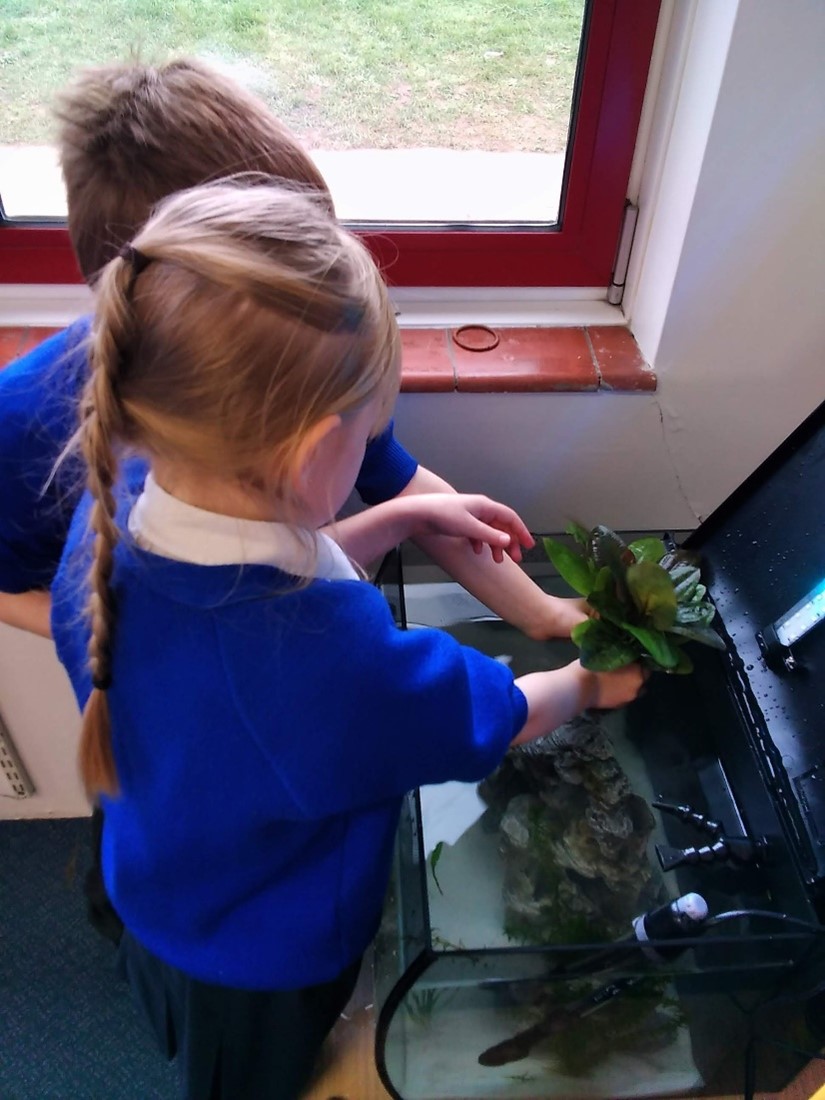 Once again, ‘Fishkeeper of the Week’ is awarded to the pupil who has done their best work. They are presented with a sticker that they get to wear for the following week. 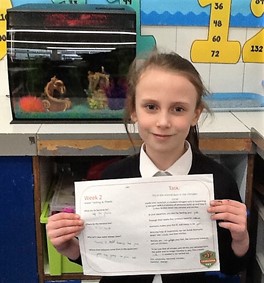 We will be posting our ‘Fishkeeper of the Week’ on the Fishkeeper Fry social platforms this week, so keep an eye out. 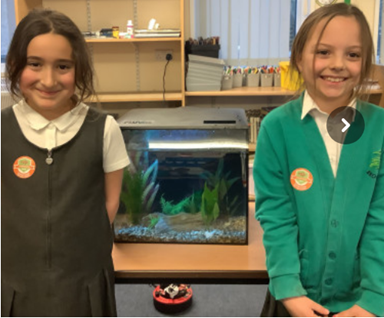 We enjoy seeing the extra bits of work that schools do alongside the tasks we send. Some schools have made great displays, pupils at some schools have created some amazing artwork, we have seen information leaflets created, and one school has even paid a visit to their store to learn about fish keeping. 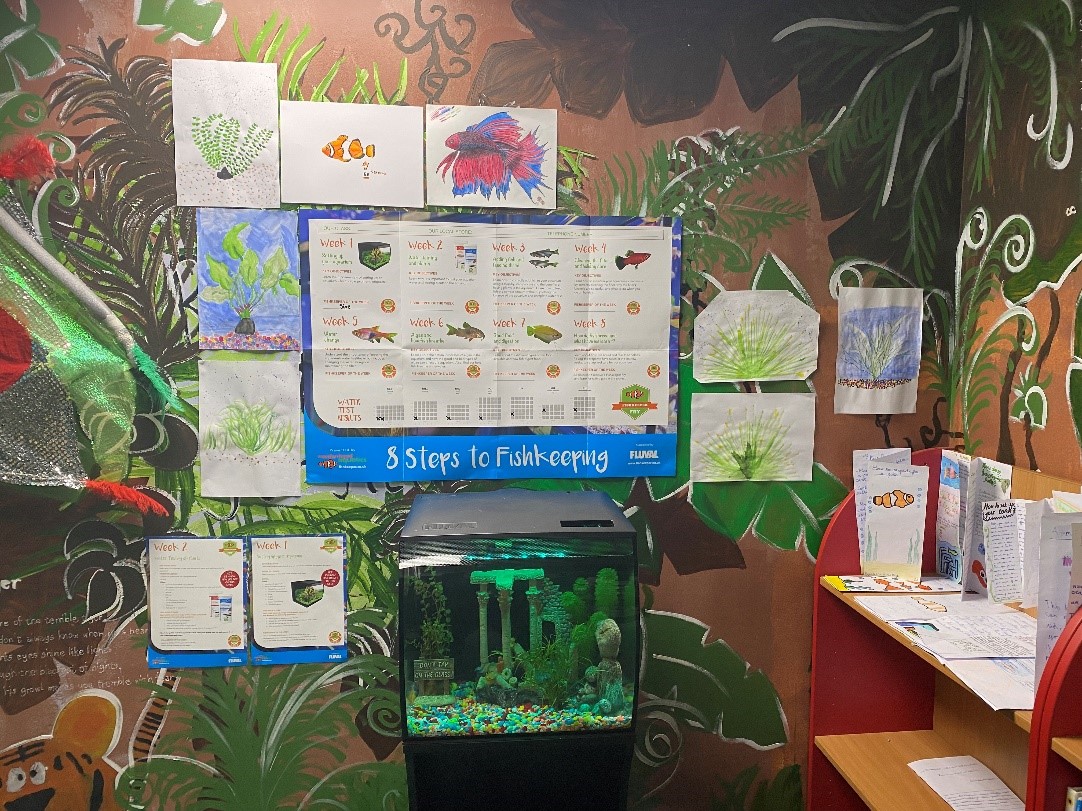 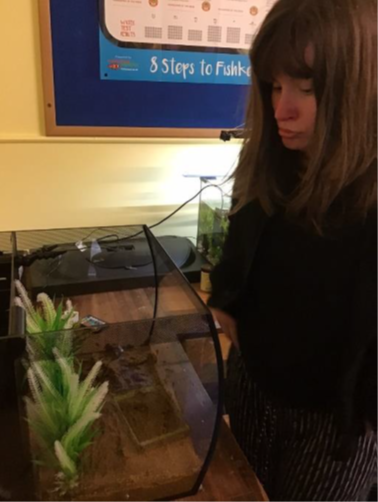 Figure 12: The Sheiling School 'Fishkeeper of the Week' - Charlie

We are heading into week 3 now where schools will be introducing their first fish. Look out for what species they will be receiving and what schools get up to on the Fishkeeper fry social media or read about it in next week’s article. 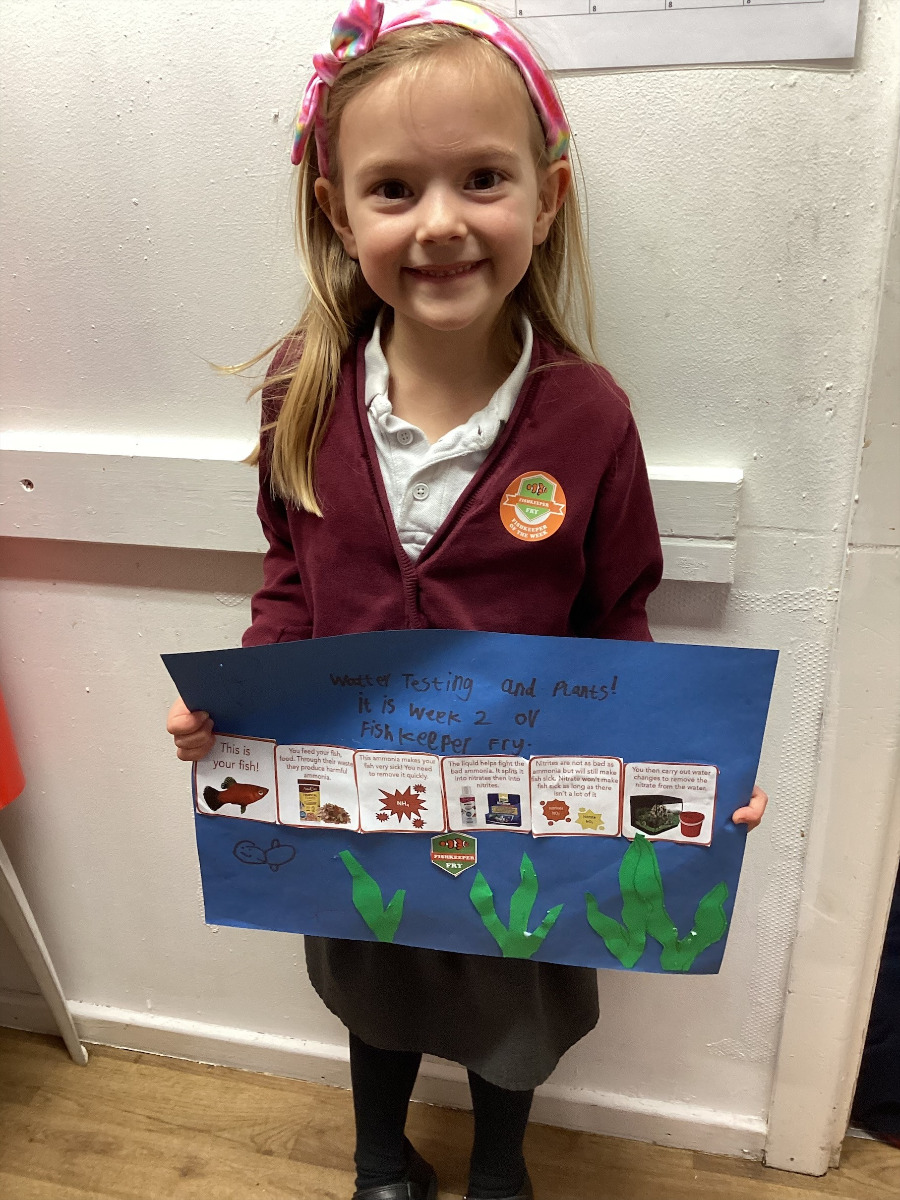