What the Fish? - It's all Greek to me

Like gardeners, aquarists are faced with a massive array of species to discus and not all of them have common names. With gardening, there are those who embrace the binomials often erroneously referred to as botanical (in the case of plants) or ‘Latin names’ and those who happily grow plants that they refer to by all sorts of whimsical names.

Sadly the use of binomial names is often viewed as elitist or even mocked by those who don’t understand what they’re missing out on and to be fair, they’re not altogether unfounded.

Let’s get down to basics here, there’s a group of creatures larger than an elephant in the room which have never had common names - despite this, small children are often fluent in their scientific names. You may have heard of Tyrannosaurus rex? This magnificent beast and all of the creatures of the Cretaceous and beyond are generally known only by their scientific names and the only possible confusion is with the odd legendary glam rock band. Dinosaur obsessed children can communicate their mutual love of their plastic effigies even if they didn’t speak one another’s native tongue, that’s about as far from snobbish as it’s possible to get.

So, why bother to use these alien-sounding words? Let’s see what binomials can do for you...

Binomials are universal, they might change due to the speakers’ accent but you can (and I have) take them into the fish houses of enthusiasts on the other side of the world and have a conversation that would be impossible without familiarity with the common names used in different languages. Picking a common example, the fish that we know as a Cardinal tetra is a ‘Roter neon’ (literally red neon) to our German friends but Paracheirodon axelrodi everywhere you go and in every language. It’s like Esperanto but with more speakers.

Binomials avoid confusion. They might be longer than the fish they’re applied to sometimes, but in world of brown, spotty catfish and blue cichlids common names are a minefield. Taking the case of two frequently seen marine fishes, common names also get applied to more than one species. Then let’s not forget the new hell of acronyms thanks to social media. Of course, occasionally new information comes to light and binomials are updated, DNA evidence brings new light or old mistakes rectified but let’s not dwell on that...

Binomials tell you who’s who. As you get further into things, the structure of them functions like surnames and christian names. The genus is the broader grouping (like Smith) and the specific narrows things down (like John). Thinking of these as backwards conventional names, you can see that the clownfishes Amphiprion ocellaris and A. percula are much more closely related than Premnas biaculeatus. Binomials are generally written in italics where possible and the specific never begins with a capital letter. Where differences aren’t significant enough to split species, then subspecies are used and a third (trinomial) name is added.

Binomials can tell you where a fish comes from. Names ending in ‘..ensis’ denote origin, for example both the catfish Corydoras loretoensis and the tetra Hyphessobrycon loretoensis originate in the Loreto region of Peru - handy for those putting together biotope aquaria.

There’re a few tricky exceptions though, for years I wondered how the Red shiner (Cyprinella lutrensis) got it’s name, as Lutra is a genus of otters and fish don’t come from otters as a rule. It turns out that the type locality is Otter Creek in Arkansas and suddenly the ‘from otter’ part makes sense. 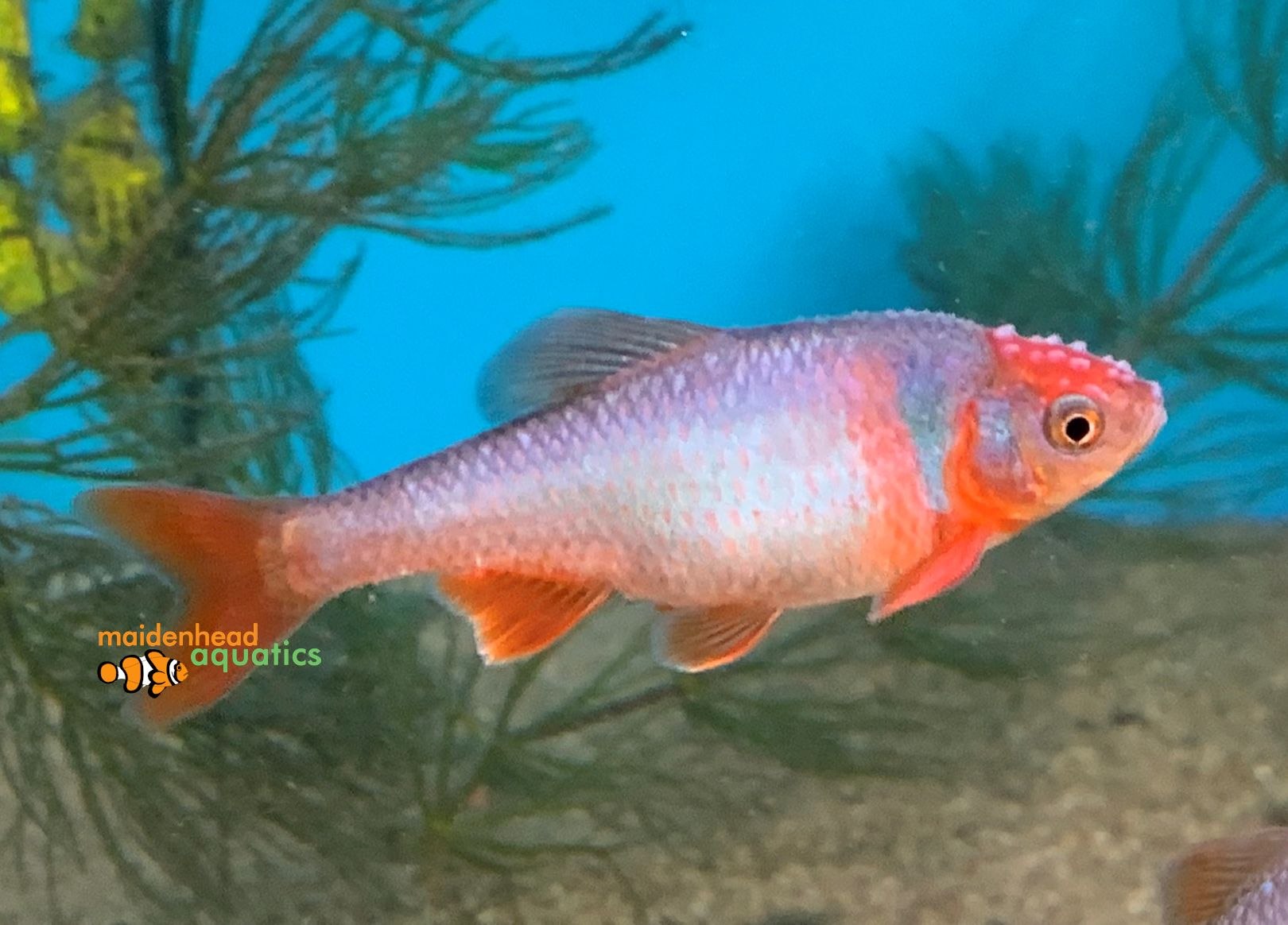 Binomials can tell you who a fish is named after. Names ending in ‘i’ honour men, whilst ‘ae’ is the feminine equivalent. There are some great examples to be found in almost aquarium as the Neon tetra (Paracheirodon innesi) is named after aquarium trailblazer William T. Innes. Bringing things up to date, the gorgeous Daisy’s ricefish (Oryzias woworae) honours the Indonesian academic Dr Daisy Wowor.

Of course, this information is more useful in a pub quiz than an aquarium setting but it’s nice to know.

Binomials can give insight into how our pets live in the wild. Names ending in ‘..colous,’ ‘..cola’ or ‘..bates’ speak of lifestyle and translate as dwelling or going. For instance the specific name of the Tanganyikan catfish Synodontis petricola means stone-dweller. Thinking of words like ‘petrified’ to describe being turned to stone, you can see how many of the words used are already familiar.

Binomials describe colour and pattern. A whole range of terms fall into this category and these common terms can be the basis of many specific names, here’s a few:

As these names are gendered, the endings can be either feminine, masculine or neutral depending on the genus. As you’re not using these terms to order a drink or a taxi, it’s more a tool for research. As you can see it’s possible to predict some features of a fish you’ve never seen by translating its scientific name.

So, there we have it. Binomials aren’t just a tool to make you sound like a tool, they’re a valuable way to catalogue and make sense of a world full of confusing variety. Of course, there’s always an exception and you’ll rarely hear me refer to the Inca stone cichlid by its proper name...https://www.fishkeeper.co.uk/help-and-advice/freshwater/cichlids/inca-stone-cichlid 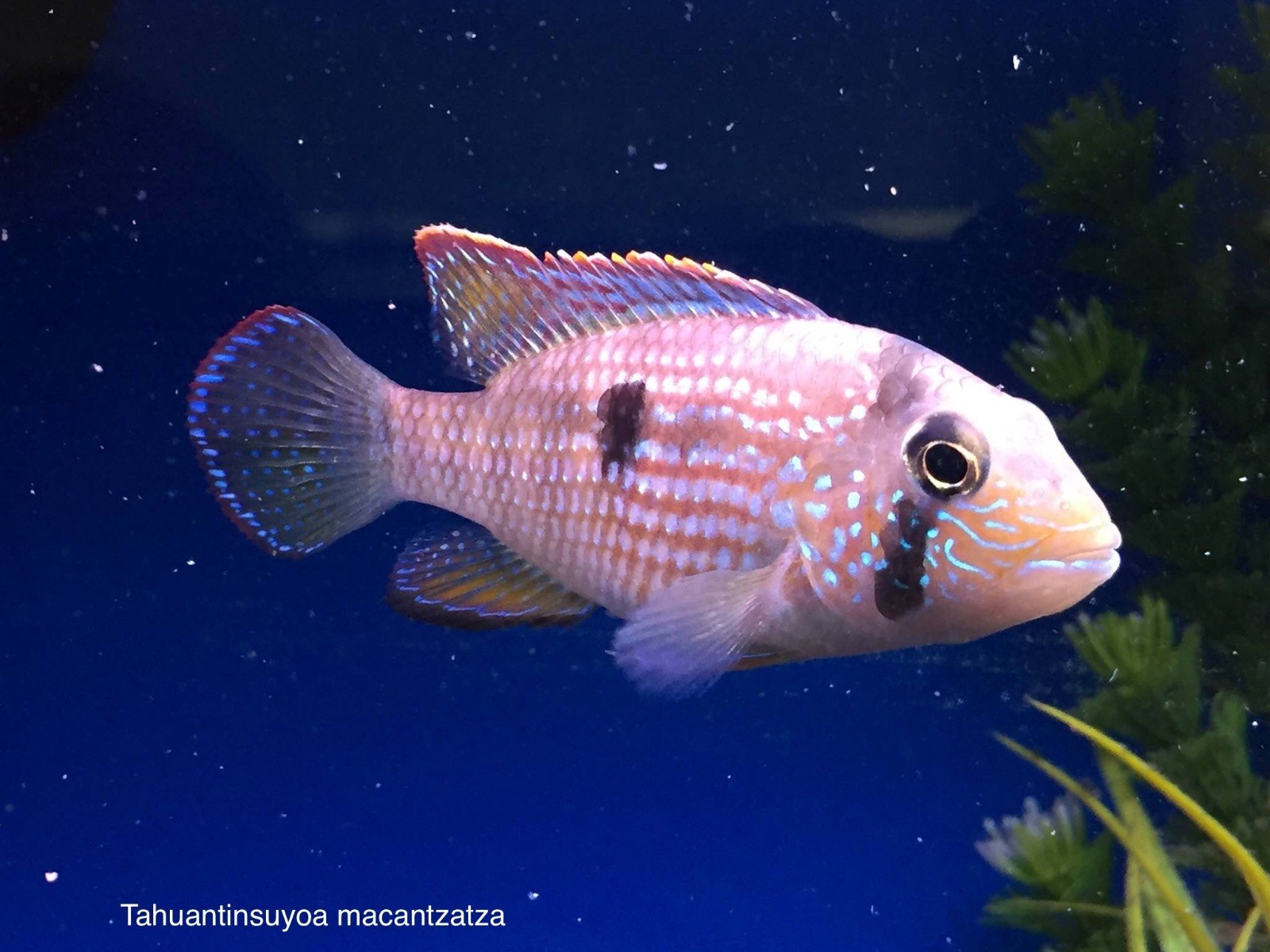