Reef aquaria are an insight into a dazzling, alien world - much of this is down to the amazing colours and structures of the corals that inhabit them. One of the most breathtaking of these is the Scoly (Scolymia australis), an LPS species which rewards the keeper with vibrant greens and reds under the right conditions. This little beauty, seen in Cardiff’s coral tray, would be a centrepiece in any reef tank. 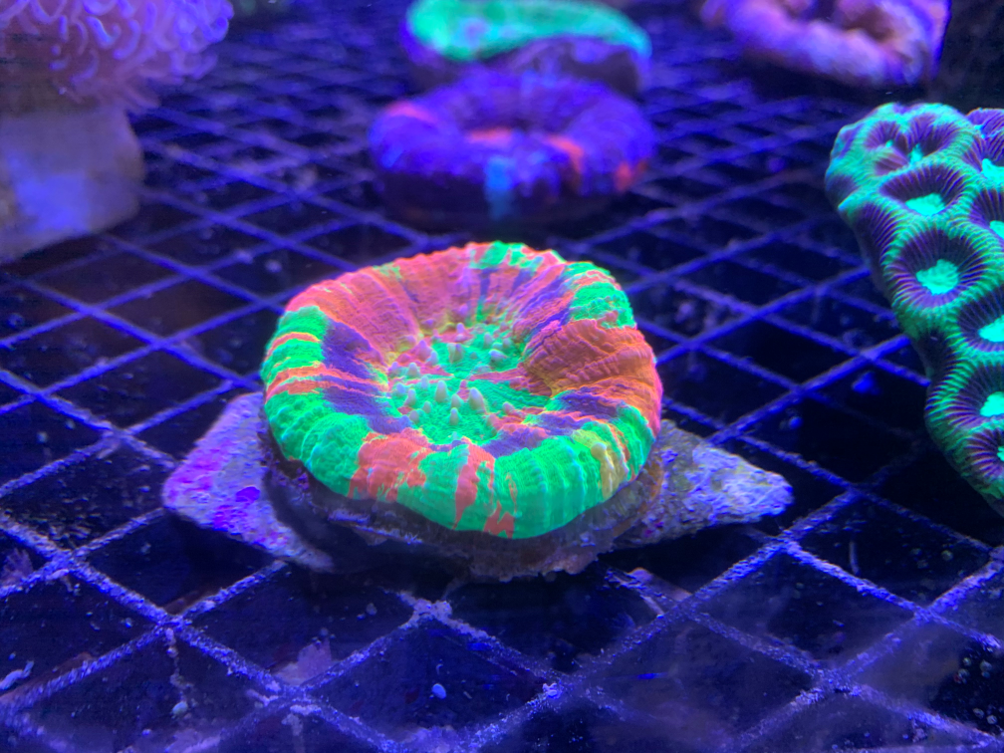 Central American cichlids are full of Latin fire and this Cuban cichlid (Nandopsis tetracanthus) at Dedworth was certainly throwing her weight around as she coloured up. Those high contrast patterns serve to warn other fishes of her hormonal state and they soon learn to give such angry tank mates a wide berth. Cichlids like this are significantly less aggressive when kept in aquaria large enough to satisfy their territorial requirements and still allow extra space, so very large tanks should be the order of the day. Breaking sightlines with decor also helps cichlids avoid conflict by getting away from one another, as these fish would happily swim a couple of metres to pursue a rival. Kept properly, these rough diamonds are well worth the effort. Note that species from this part of the world are generally hard water fish - low KH levels can often lead to health issues that don’t respond to medication but are quickly resolved by the use of buffers. 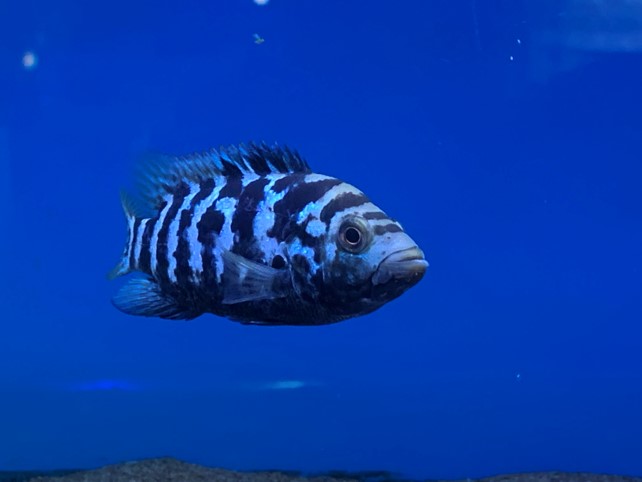 Occasionally we see some quite unusual fishes brought in by customers, either due to their size or rarity. These chunky Jade sleeper gobies (Dormitator maculatus) were a surprising find at Lechlade, as they’re not that commonly seen as aquarium fish due to their adult size. Given adequate space and perhaps slightly salty water for adults, these are rewarding pets with plenty of character. 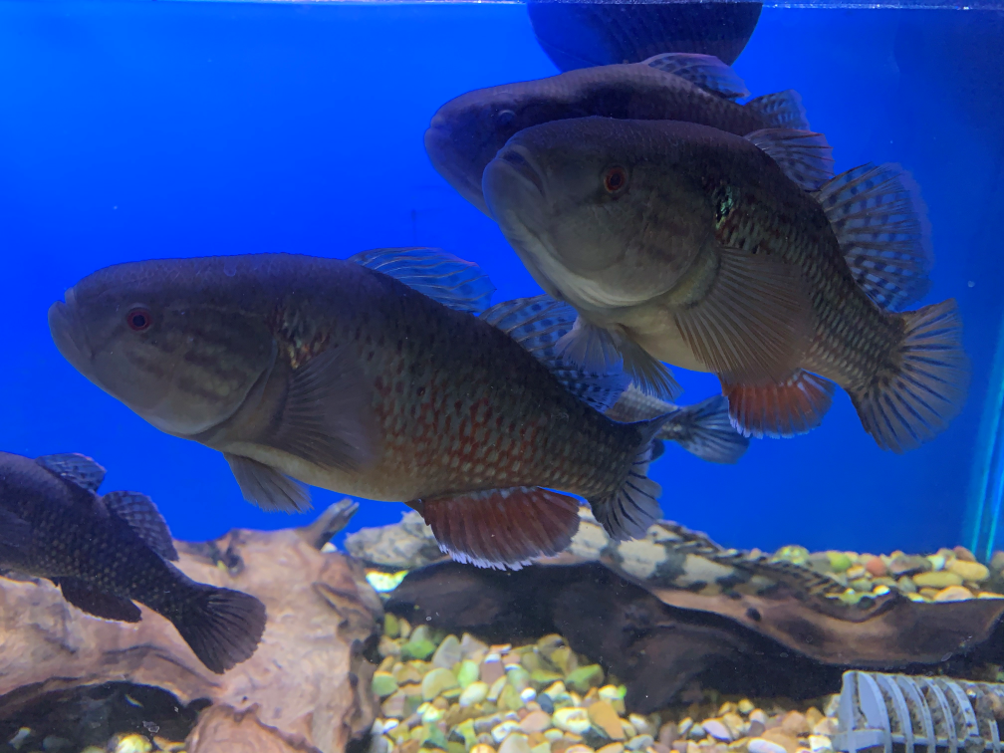 There’s no denying that Fancy goldfish (Carassius auratus) are a long way away from their wild ancestors. Five centuries of selective breeding have exaggerated many features to match the aesthetics of breeders and with this morphology comes a propensity towards poor health if not provided with large aquaria, excellent water quality and a good diet. Like pedigree dogs, there’s a huge difference between good and bad specimens and it was hard to ignore the robust and healthy fishes trying to get my attention during a visit to our Weybridge store. 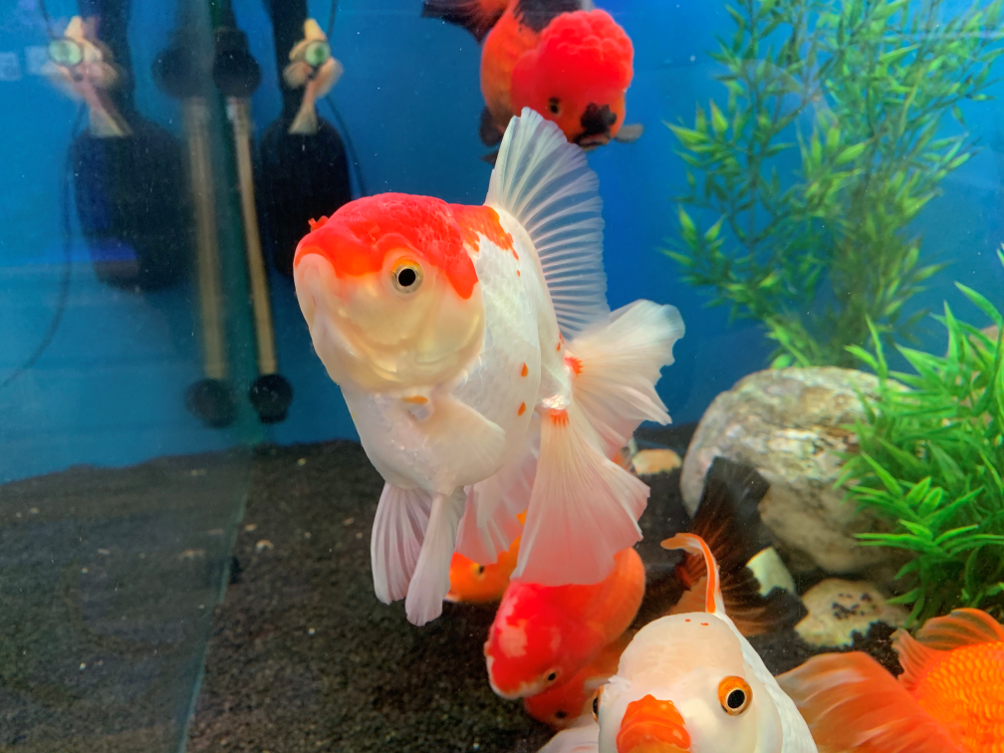 The genus Corydoras is currently huge, with some very diverse catfish currently split into various lineages. These reflect the divergence, with long-nosed forms such as this Corydoras pastazensis in lineage one, which is apparently the basal clade which will retain the existing genus as many old favourites are given new names. It’s an exciting time for fans of these armoured cats and if they’re your thing I can recommend a trip to our Wigan store where this photo was taken. 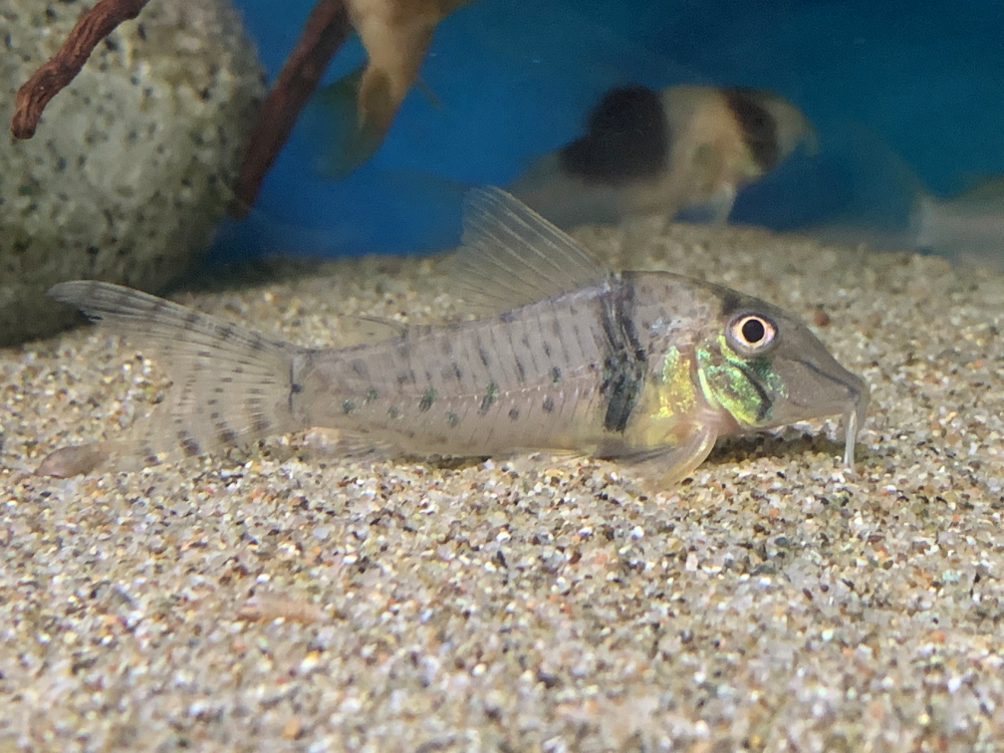 So, one more month has seemingly flown by as the UK increasingly continues to return to some form of ‘normality’ post-lockdown. Check out Stuart Ashley's latest article on what's happening at Maidenhead Aquatics this month.

Now restrictions across the UK are easing, there has never been a better time to pop down to your local Maidenhead Aquatics store to take your fishkeeping to the next level. Find out why...

Stuart Ashley reflects on the challenges of the last few months and shares some of the latest news around new products in the industry and what's coming soon to Maidenhead Aquatics.