It’s been uncomfortably hot, so where better to start than with a coolwater fish? Thanks to their showy colours, it’s generally the male Rosy bitterling (Rhodeus ocellatus) that get all the attention but as this photo shows, the females and their often alarming egg-laying tube are worthy of note. This worm like appendage allows them to lay their eggs in live freshwater mussels, where they can develop free from predators. This batch at Huntingdon were enjoying the temperate system and would suit a spacious unheated aquarium in even the coolest of homes. 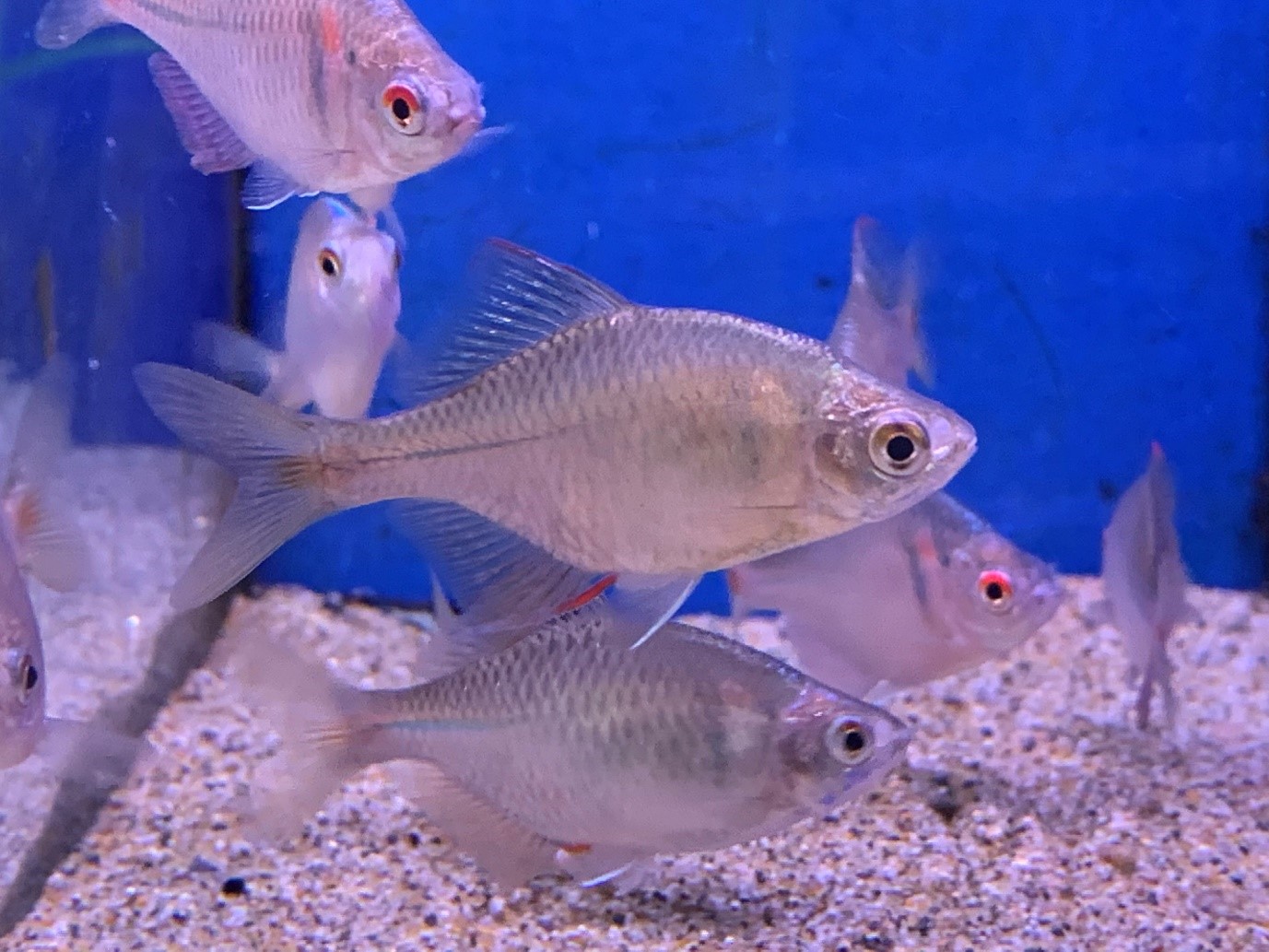 Misidentified for a few years, it’s nice to see the Sunset barb (Pethia setnai) getting the attention it deserves. I’ve seen this fish sold before as P. naryani and it was a treat to see this batch at our Ashtead store showing the pink hues of displaying males and the green tones of the females. Like most barbs, these are a stunning sight as a group in a planted aquarium. 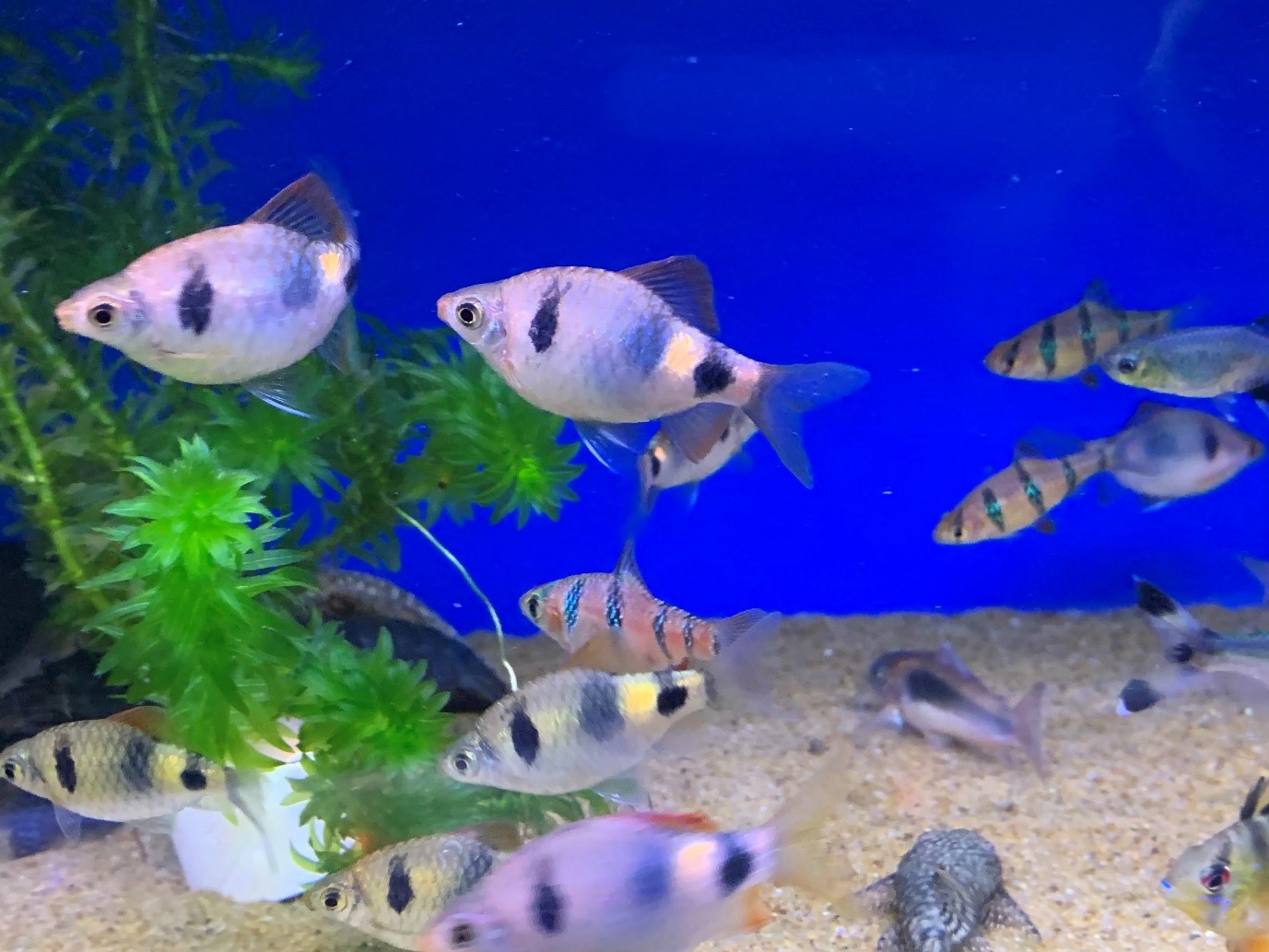 Common names can be misleading when the primary feature they’re based on is absent and describing the yellow belly form of the Black chin livebearer (Girardinus metallicus) presents a very obvious problem. Fortunately this is the only complicated thing about this little Cuban livebearer and they can be expected to thrive and breed when kept as a colony in a hardwater aquarium. This locally bred batch at our Dartford store are certainly testament to that. 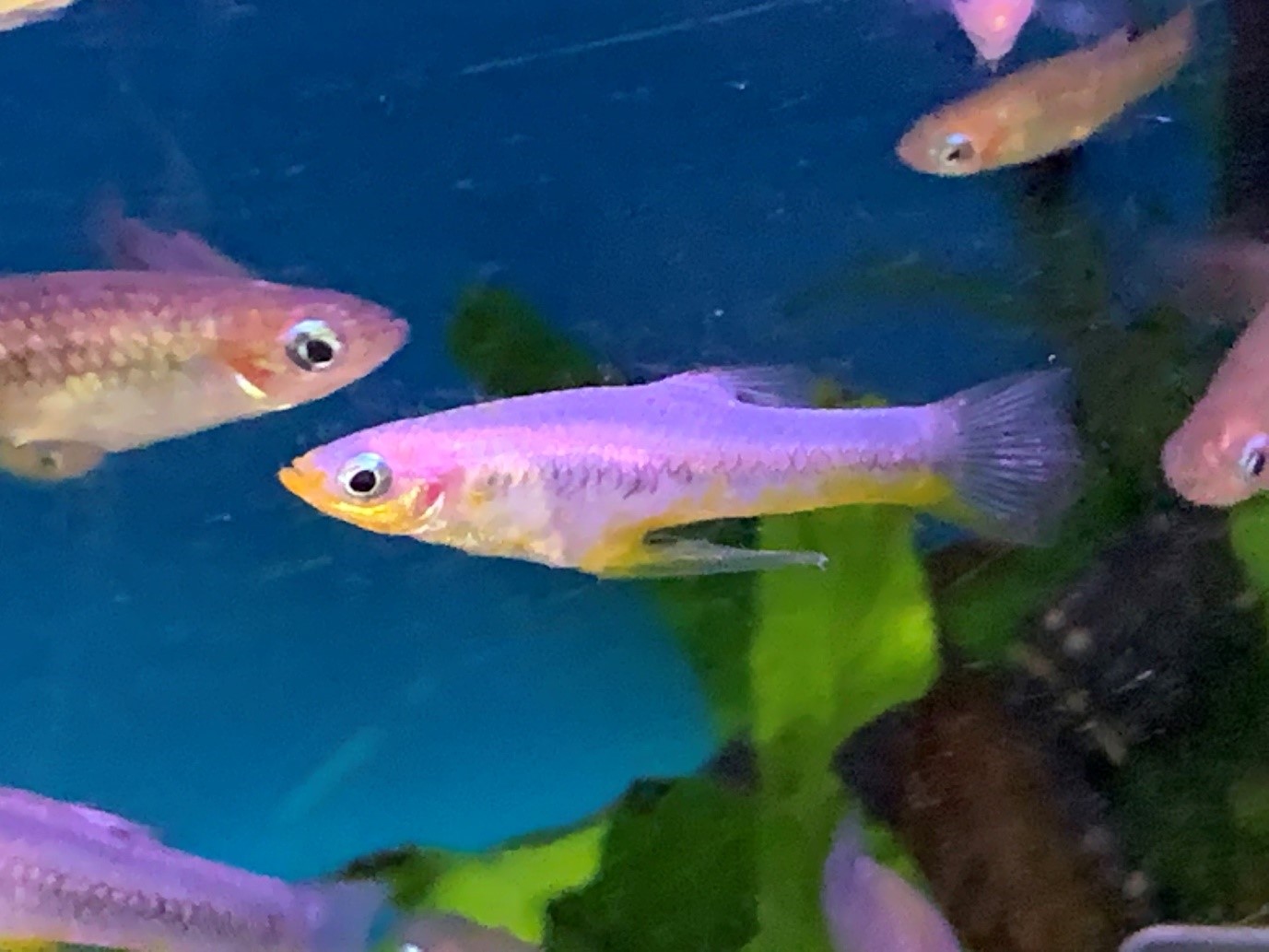 Most of the fishes in our stores tend to be young and recently arrived, occasionally we get to see these grow into adulthood and the chunky Albino tiger barbs (Puntigrus anchisporus) at our Cambridge branch were very impressive. As this store has many strengths that include a stunning coral tray, it was nice to see an often overlooked everyday fish still has the power to stop you in your tracks. 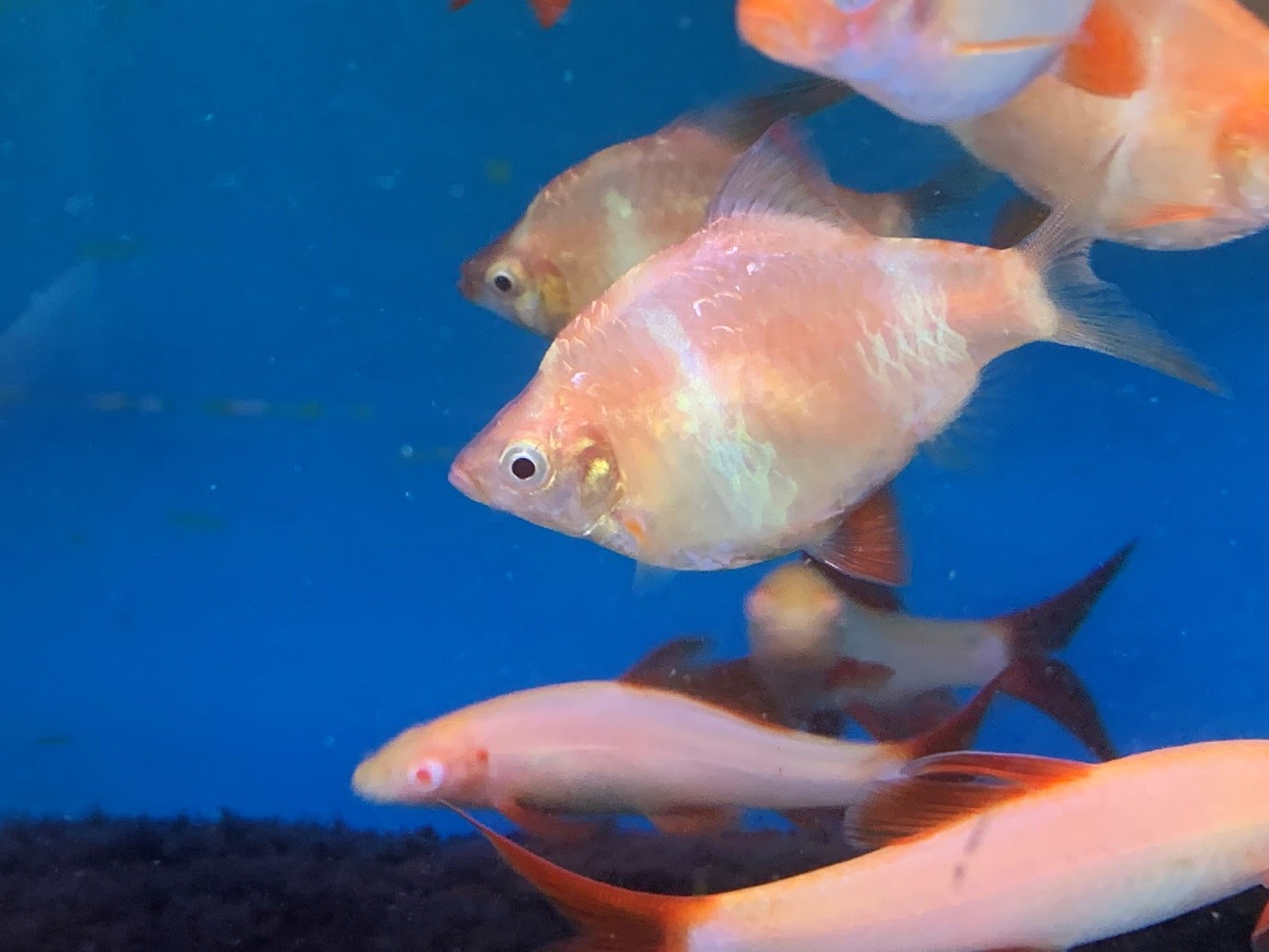 Archerfishes are a very niche group as aquarium pets. They grow far larger than you’d expect and many of them are brackish species which patrol estuarine mangrove forests, shooting down arthropods for a living. A fairly recent arrival on the aquarium scene, the Clouded archer (Toxotes blythii) is a freshwater species that grows to a modest size and thrives over a range of hardness and pH levels. A batch of grown-on specimens at our Shirley store were far larger than we normally see and would make a great centrepiece to a large paludarium display. 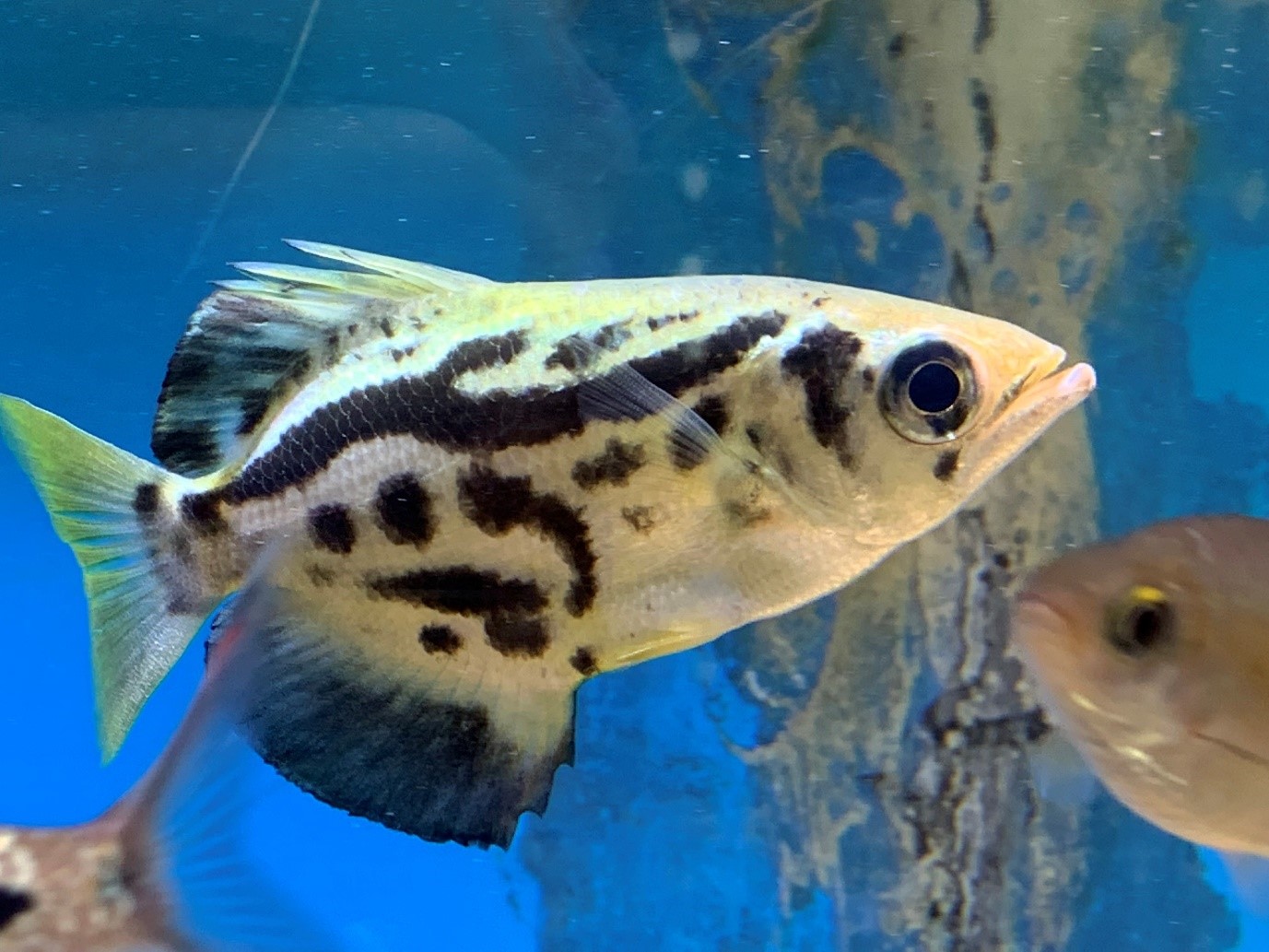 Tanganyikan cichlids have always enjoyed a loyal following and although too assertive for most community aquaria, their abundant charms and convenient size make them a great choice for fish keepers wanting a bit more character and interest from their pets. Halfway between the shell-dwellers and the fairy cichlids, the Red-fin lamp (Neolamprologus caudopunctatus ‘red fin’) is a blue-eyed beauty which spawns in shells when small but is more at home in a rock pile, or inverted clay flowerpot with a suitably sized access hole. This pair in the display tank at Lechlade show the size difference typical of males and females. 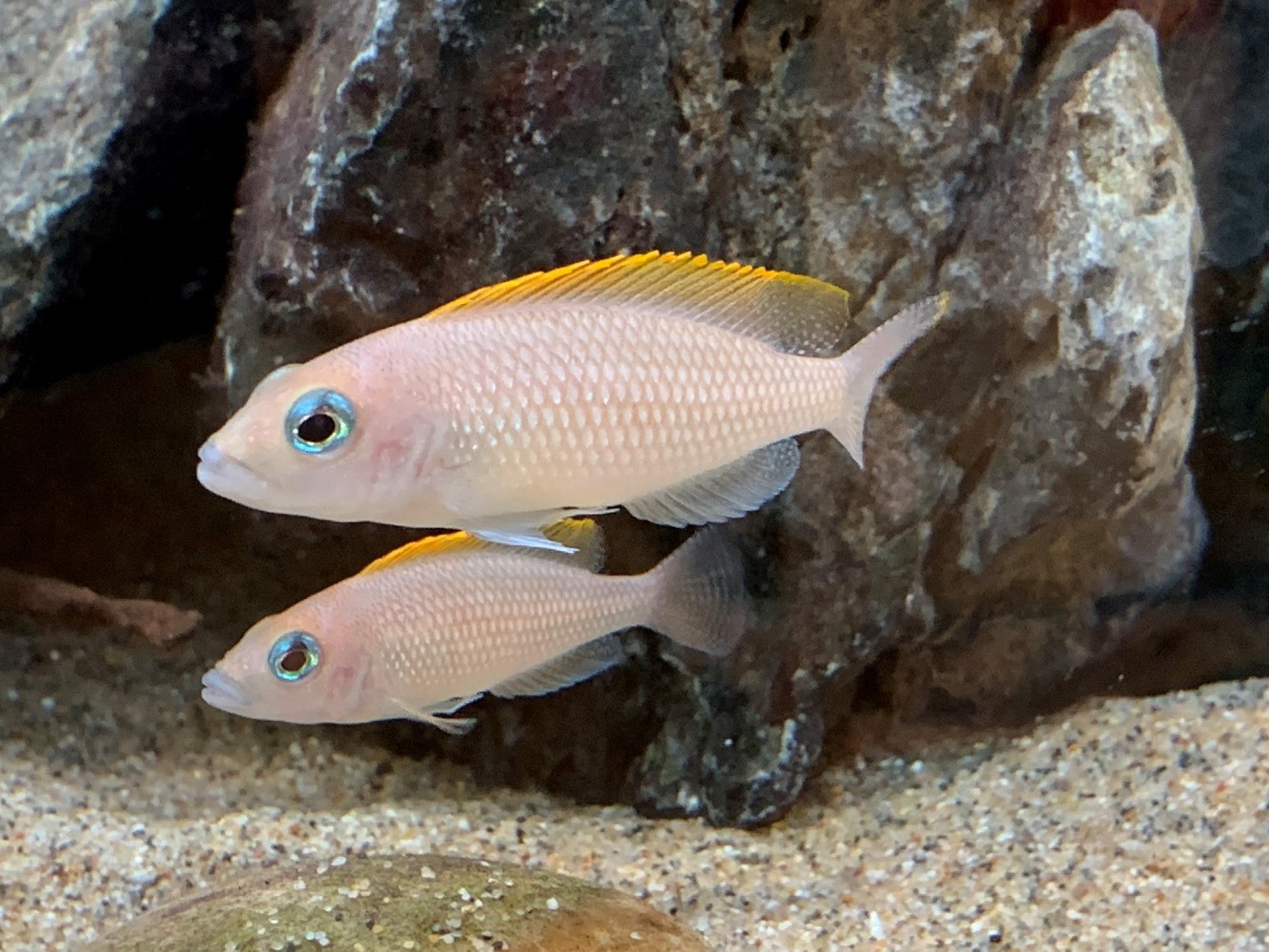 Anemones are popular additions to marine aquaria but typically get chosen to host clownfishes. In the wild, pairings of fish and host can be quite specific with young clowns being attracted to anemones by chemical cues. In aquaria, associations can be made that are never seen in the wild and the best choice of all is the rose form of the Bubble anemone (Entacmaea quadricolor) even though it doesn’t naturally provide a home to the most popular aquarium clowns – Amphiprion ocellaris and A. percula. Considering that wild clownfish are extremely rare in our stores, it’s not surprising that many household clowns take a while to get the idea of wallowing in a bed of tentacles. Maroon clowns (Premnas biaculeatus) and the deep-bodied clarkii and tomato complex of species are naturally attracted to bubble ‘nems’ and will instantly recognise their potential as a host. This clonal form will thrive and reproduce in suitable conditions and host many different creatures such as shrimps and crabs as well as being worthy of inclusion on the grounds of its beauty alone, just ensure that it is ideally twice the diameter of the length of any clownfish you intend to house it with. This one was at our Huntingdon store but you’ll find this species at all of our marine specialist branches. 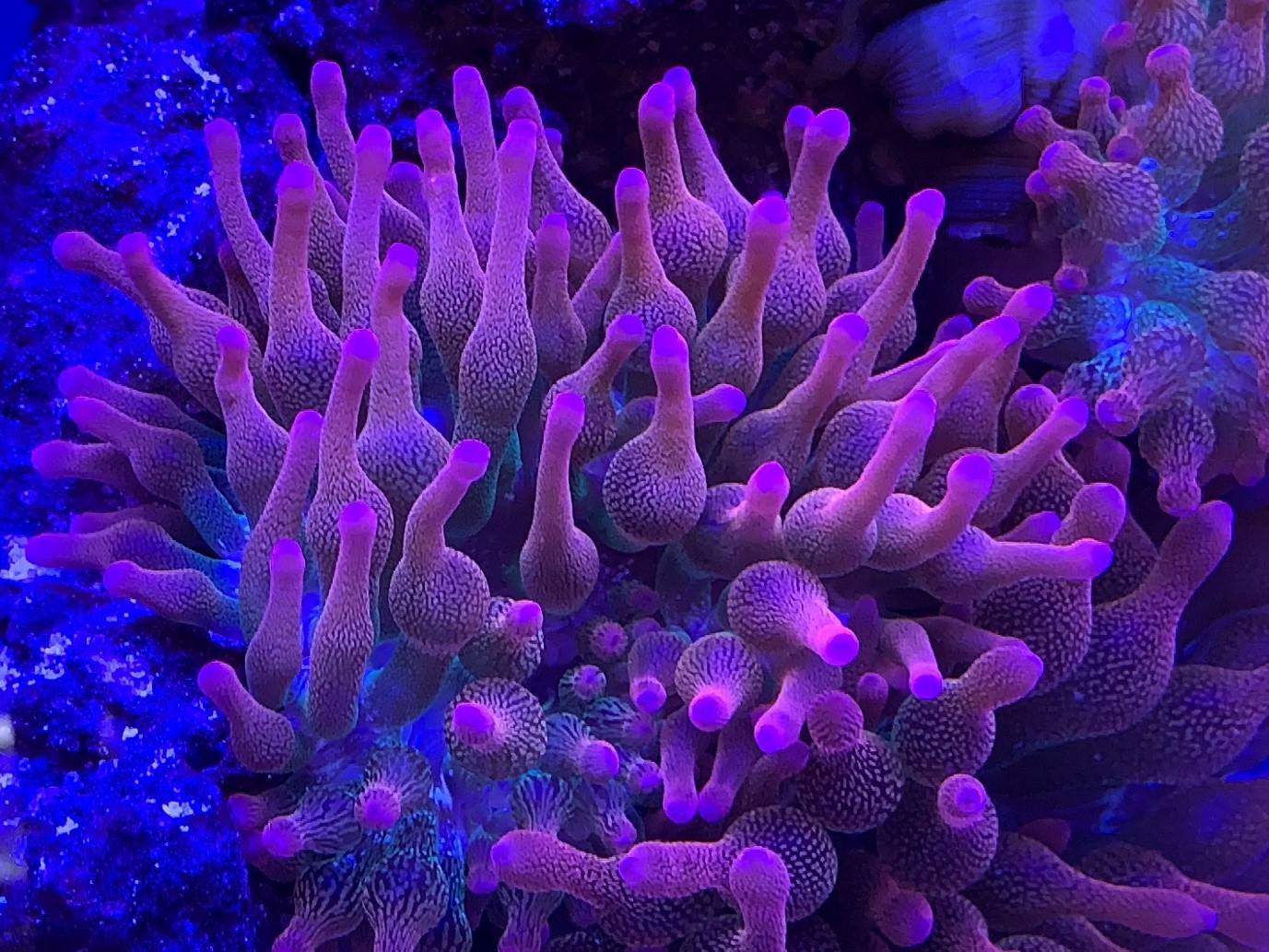