With a nod to the topical nature of these highlights, it seems a waste not to feature the January tetra (Hemigrammus hyanuary) to bring us into the roaring 20s. Named after Lake Hyanuary in Brazil, this reborn old favourite may also be traded under the name Costello tetra. The rise of aquascaping and biotope aquaria has been good news for this species that possesses a modest beauty best appreciated in large shoals. These fish can be harder to find than more mainstream tetras but our Shrewsbury store and those more focussed on trops will normally have them. 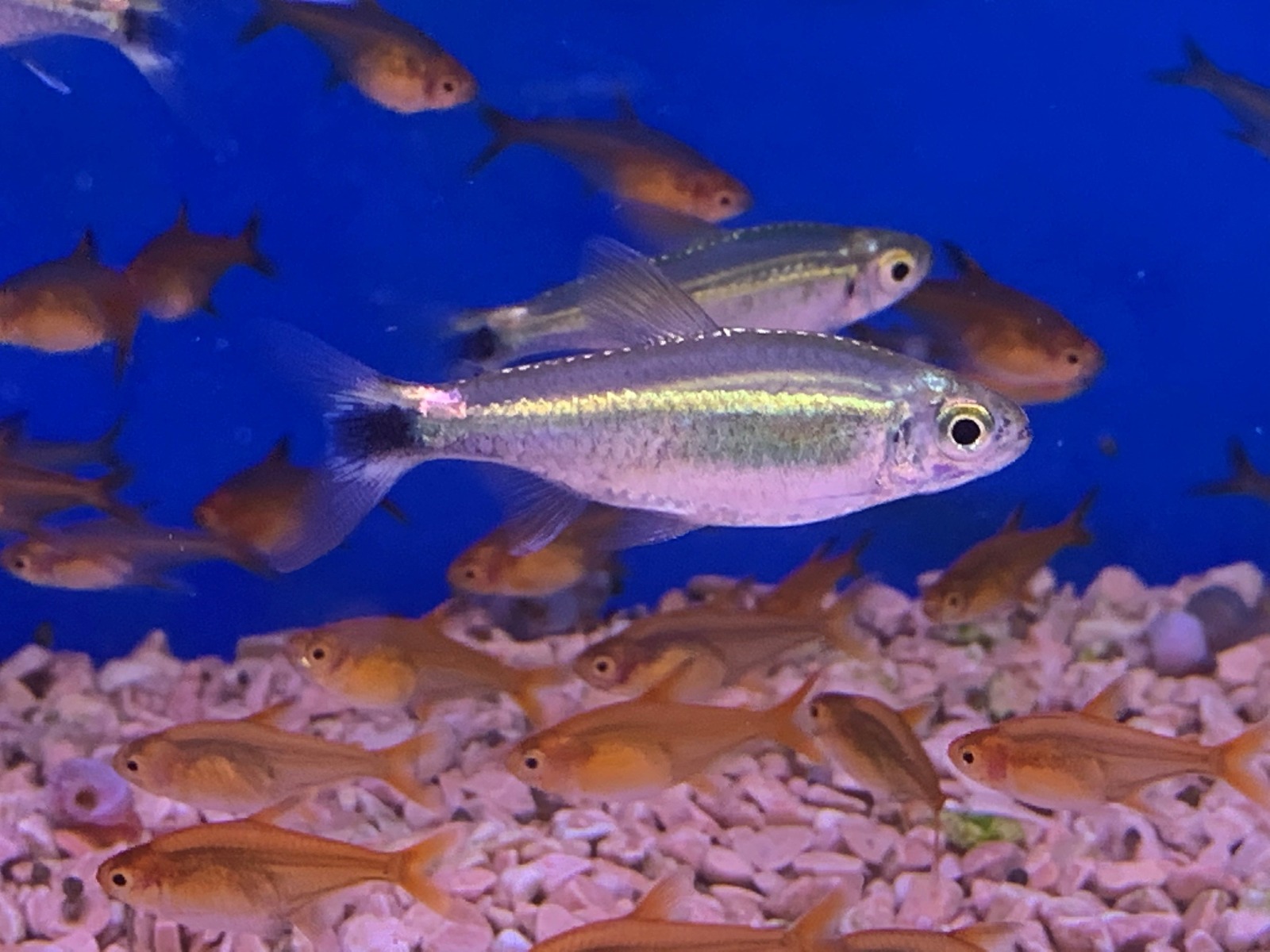 Some fish display traits that add to the attraction of bright colours and good manners. One such species is the Yellow Assessor (Assessor flavissimus), a mild-mannered Plesiopid basslet that typically turns its belly towards the nearest hard surface and likes the shelter of caves. They may look like Dottybacks, but Assessors are related to the familiar Marine Betta (Calloplesiops altivelis) and can be kept in groups without serious aggression. Harmless to corals and most invertebrates, fully grown specimens might find tiny crustaceans a bit too tempting to resist. This one was seen at Leeds South. 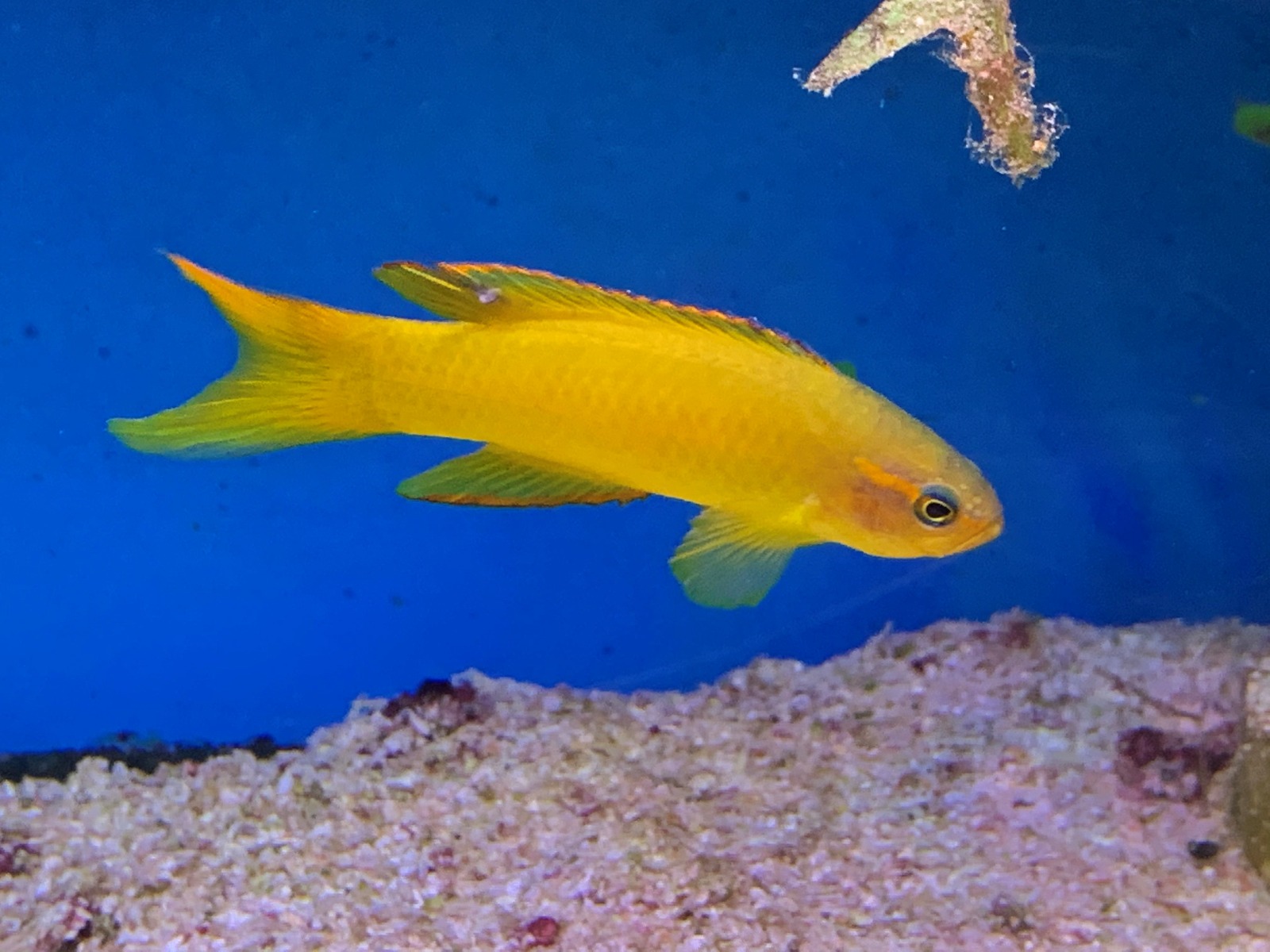 Pufferfishes have a devoted following amongst their keepers and tend to have enough character to compensate for an often decidedly obnoxious nature. The Bronze puffer (Auriglobus modestus) is fairly typical in this regard and is decidedly non-community, especially when kept without the distraction of moving water and a complex environment. In most circumstances, this is a fish that ends up as a single pet but a rewarding one for those who enjoy interacting with their fish. As with most puffers, make sure their diet includes lots of hard-shelled items to keep that winning, slightly manic, smile in good shape. Thanks to their demanding nature, this species is a rare sight in most stores - this batch was at Tong. 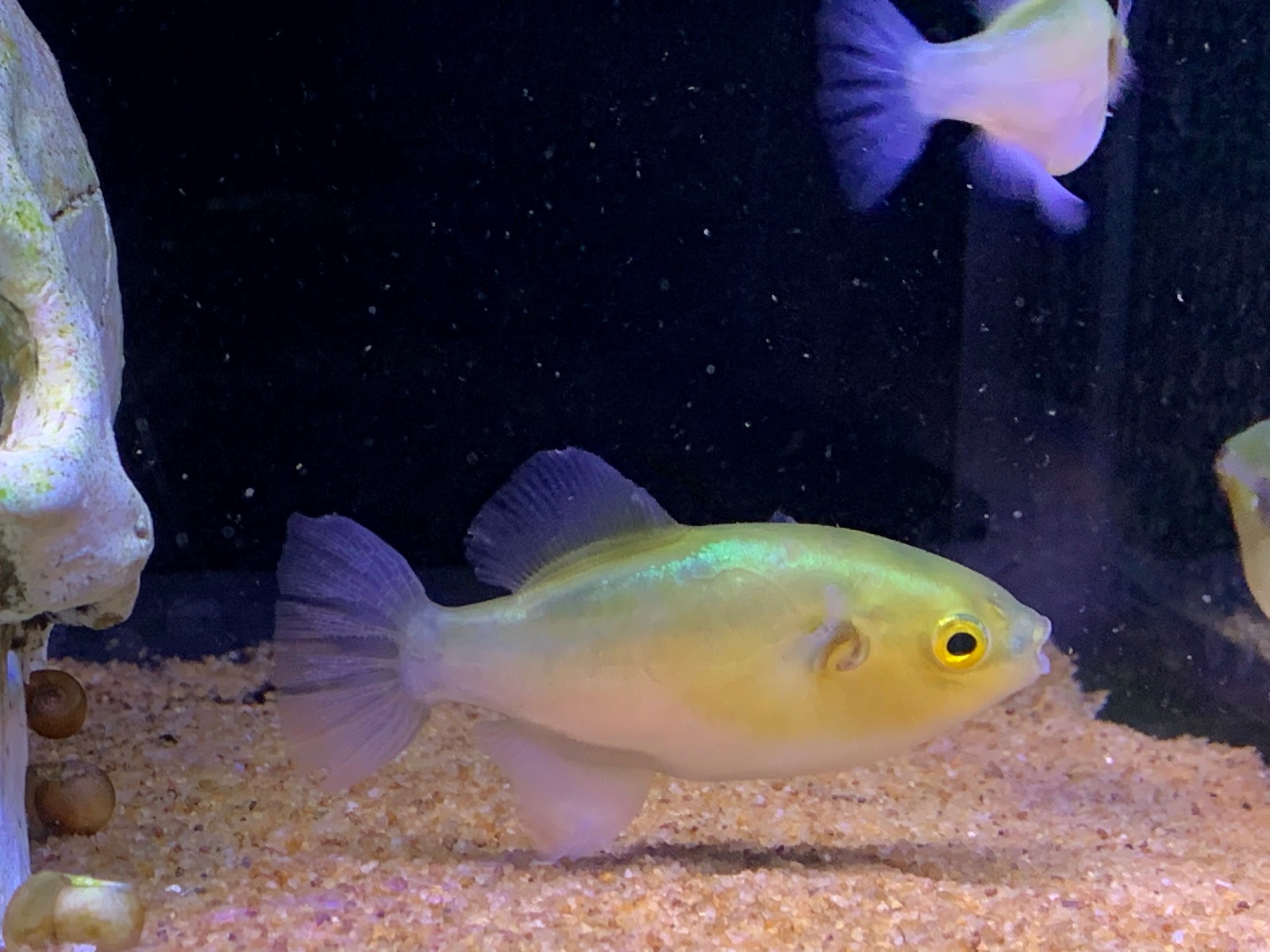 Everybody who’s kept tropical fish has generally kept Neon tetras (Paracheirodon innesi) and their popularity remains to this day. It’s hard to improve a classic but the Diamond Neon colour form has more extensive areas of blue than the original for those wanting even more bling. Their requirements are exactly the same as any of their kind - plenty of company of their own kind away from tank mates that are likely to make a meal of them. 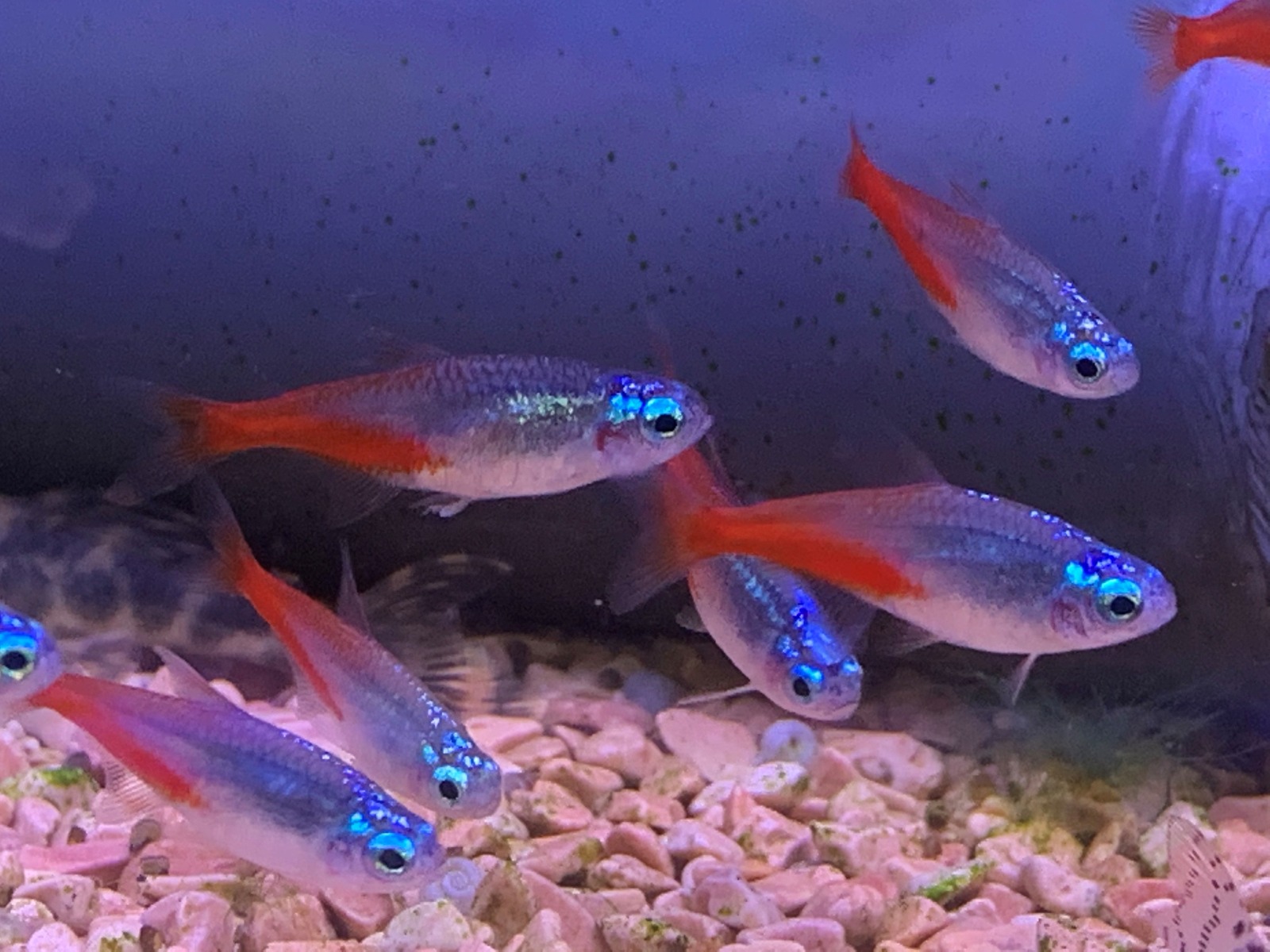 Often a poor relation misidentified as the Red terror (Mesoheros festae), this Mayan cichlid (Mayaheros uropthalmus) at our Leicester store was keen to impress anyone who wanted to threaten his territorial claim on one of the reservoir tanks. This pet appeal is what attracts most keepers of large Central American cichlids and Mayans are worth a second look on many counts, not least that they can live in marine conditions - a trick that has enabled them to colonise islands in their native range, as well as conquering the Florida Everglades. In keeping with the hard, alkaline homelands of many Central Americans, these adaptable fish will often fail to thrive in water with a low KH. 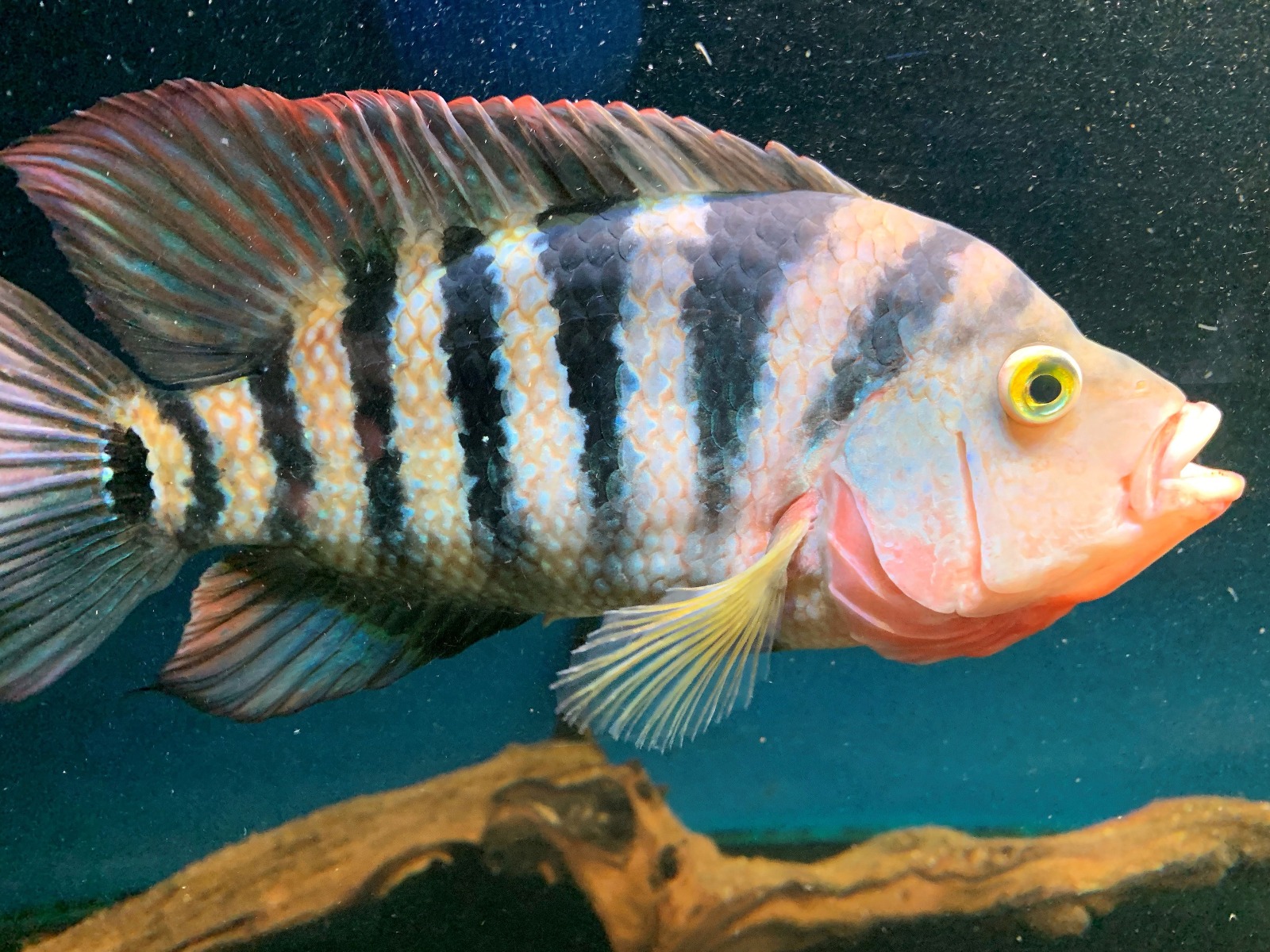 In this month's 'Fresh Off The Net', Stuart Ashley looks at the impact of Brexit on fishkeeping and the re-opening of Indonesia to export cultured corals again.

Check out Paul Tapley's latest update on the fish that have caught his eye in our stores this February - from corals in Cardiff to Jade sleeper gobies at Dedworth.

February can be a changeable month, with glimpses of spring between reminders that winter’s not intending on going down without a fight…Check out our top tips for fishkeeping indoors and out!