by Paul Tapley , 04 May 2022
Categories: General Fishkeeping , Our Stores 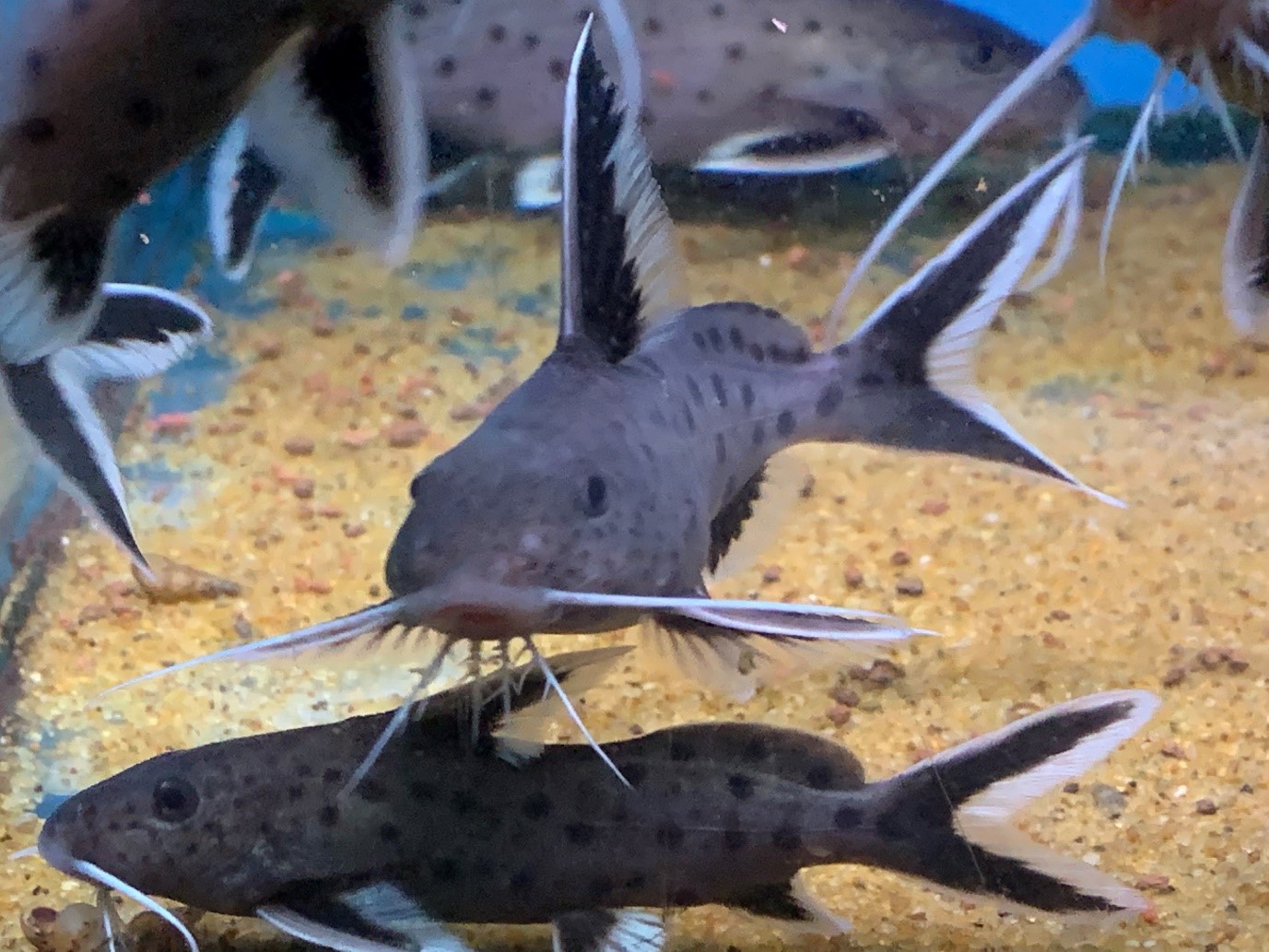 At a time when prices for everything are rising fast, it’s nice to see a fish which used to be an expensive rarity becoming more mainstream. These tank-bred Granulosus catfish (Synodontis granulosus) at our Basingstoke store are dramatically cheaper than their ancestors, which at one time had a going rate of £750 each! They share the same striking white fin trims and classy demeanour. 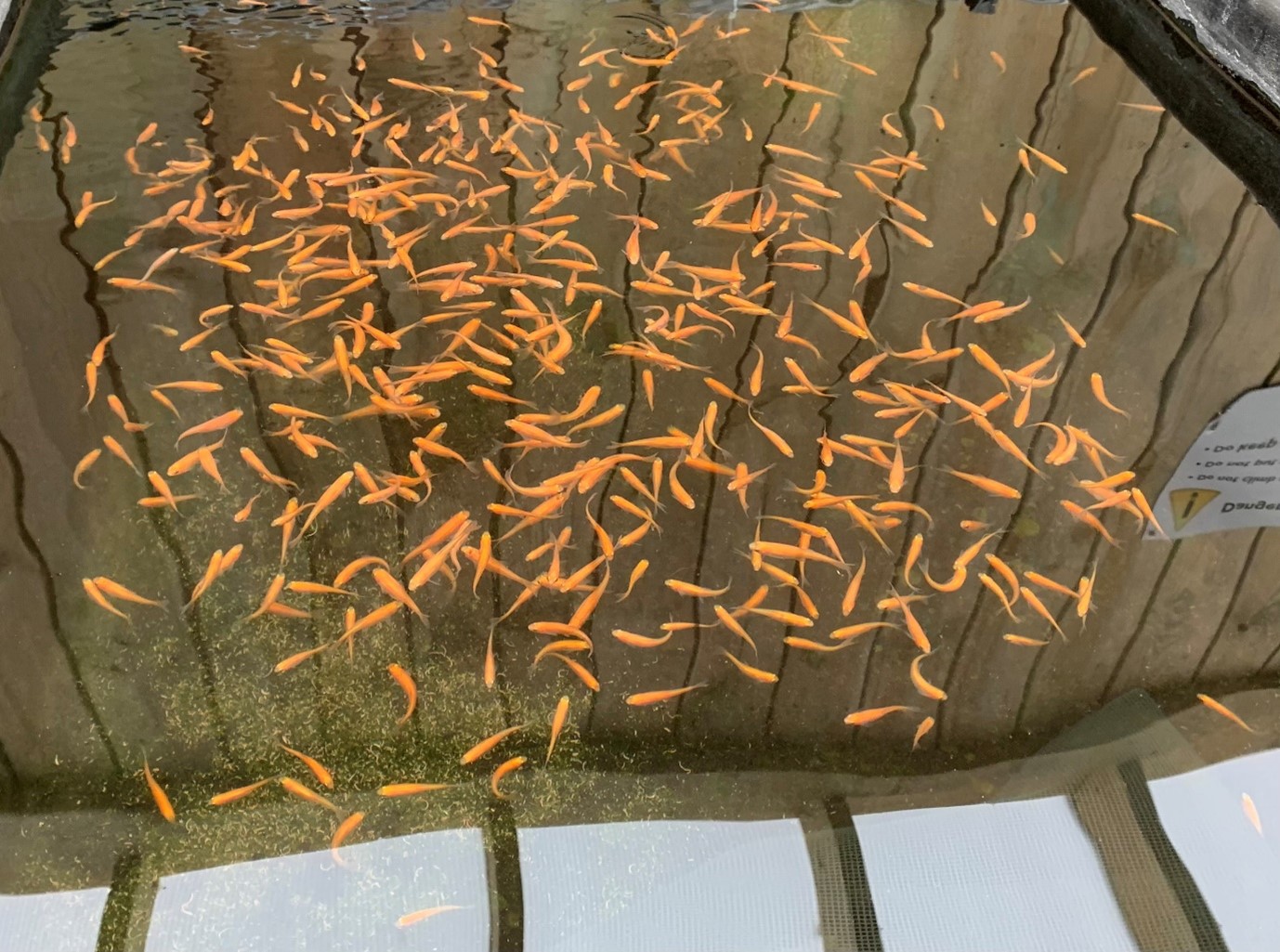 Pond fish tend to be large; this is often due to the need to carry sufficient reserves to cope with a long, cold winter but it’s rather inconvenient if you have a small pond or water feature. For filtered features too small for goldfish (which do reach 30cm) you may want to try Rosy minnows (Pimephales promelas) – a more polite name than their wild ancestor, the Fathead minnow. This name comes from the swollen head region developed by breeding males, who tend the eggs in a nest they guard alone. These fish were at our Ascot branch. 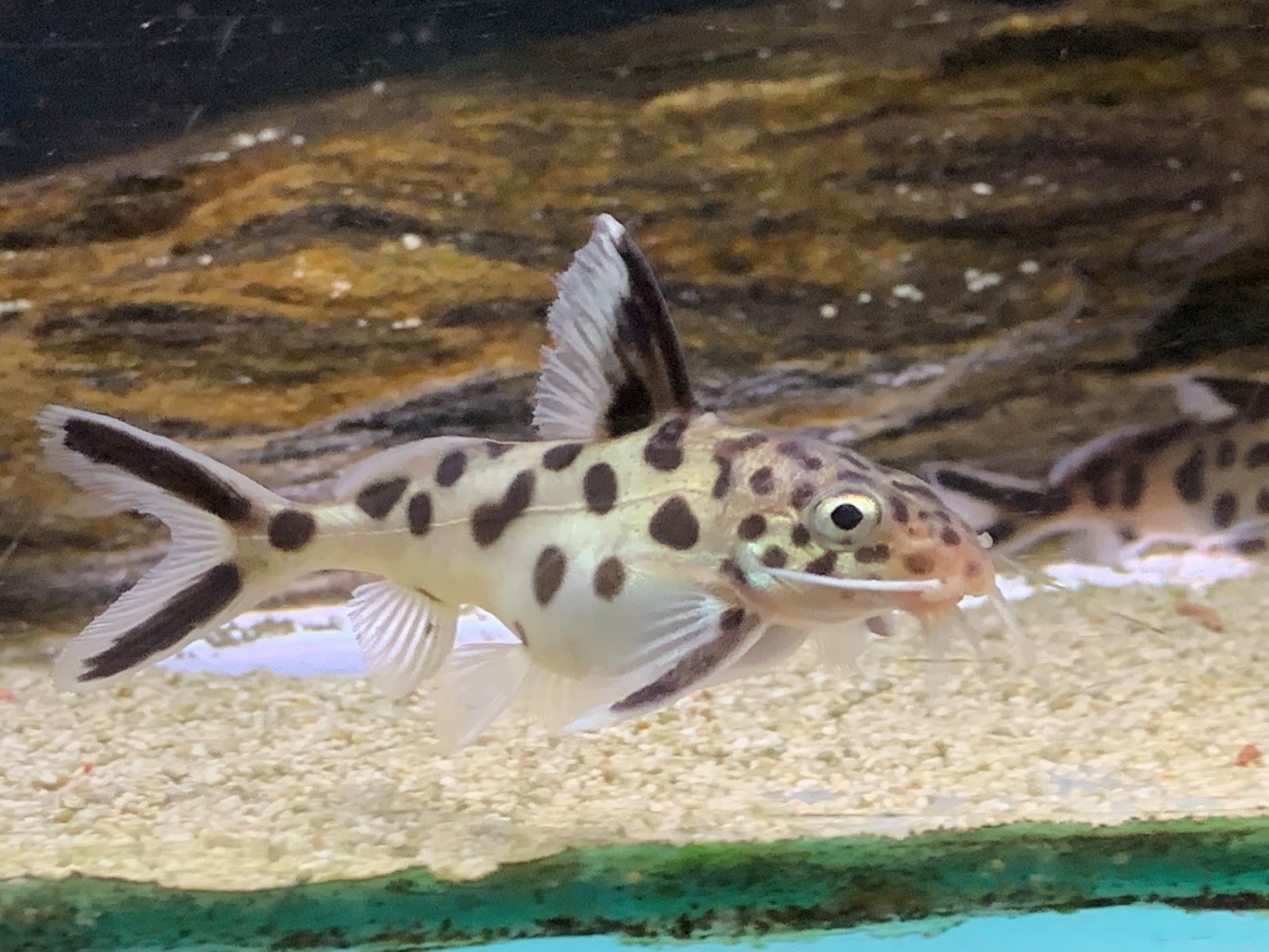 It's a sad fact that too many of the Cuckoo catfish (Synodontis multipunctatus) that come to us are incorrectly labelled hybrids which although making great pets, aren’t as nice as the real thing. These youngsters at our Bristol store are just growing out of the stocky juvenile shape into the more graceful, streamlined adult form. Keep a group alongside suitable mouthbrooding cichlids and you’re sure to find them easy to breed and great to watch. 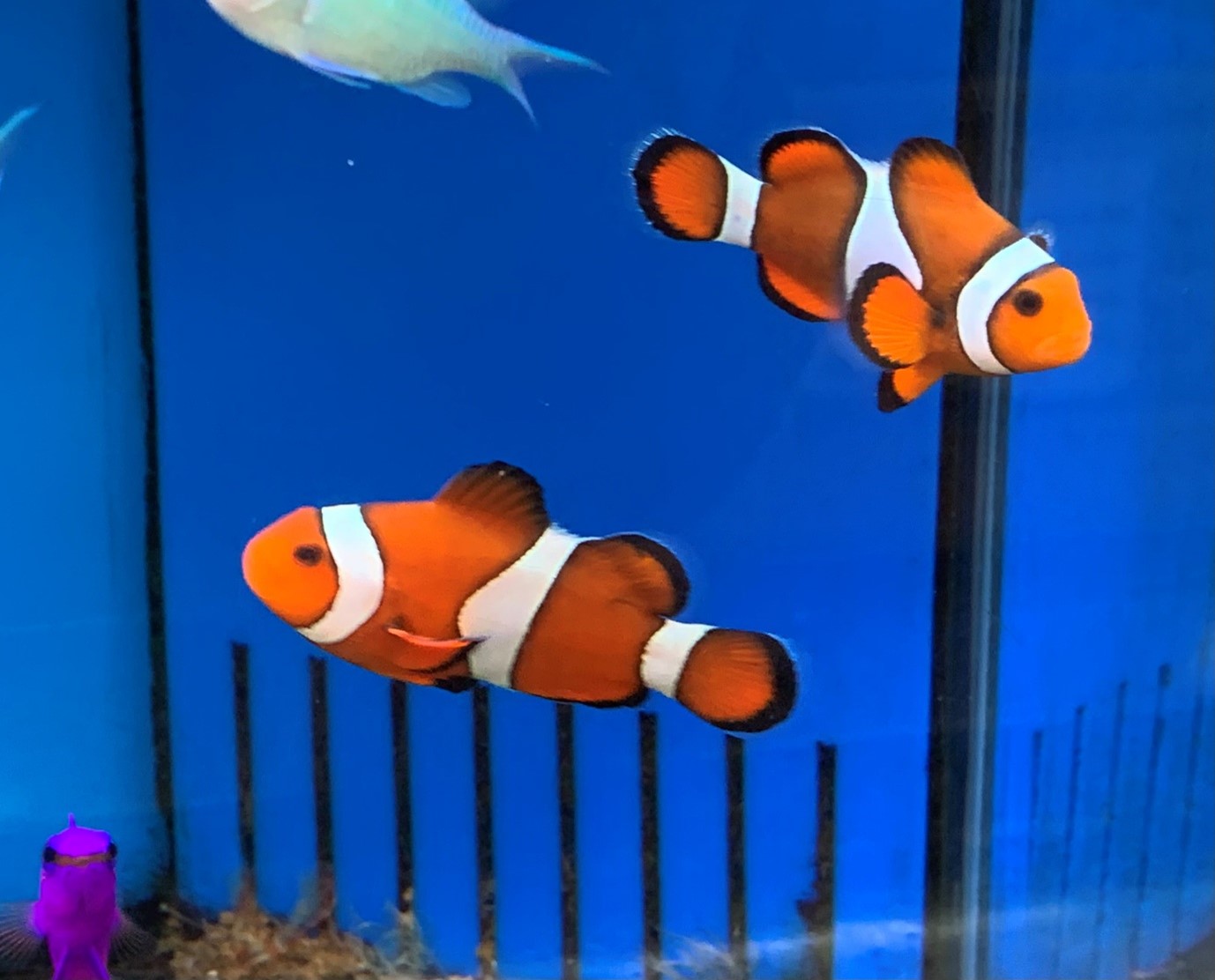 In a world where captive breeding has thrown up an endless array of unusual colours and forms, it’s still a treat to see the original classic Clownfish (Amphiprion ocellaris) represented. These beauties at our Braintree branch take some beating and are justifiably the world’s most popular pet marine fish. 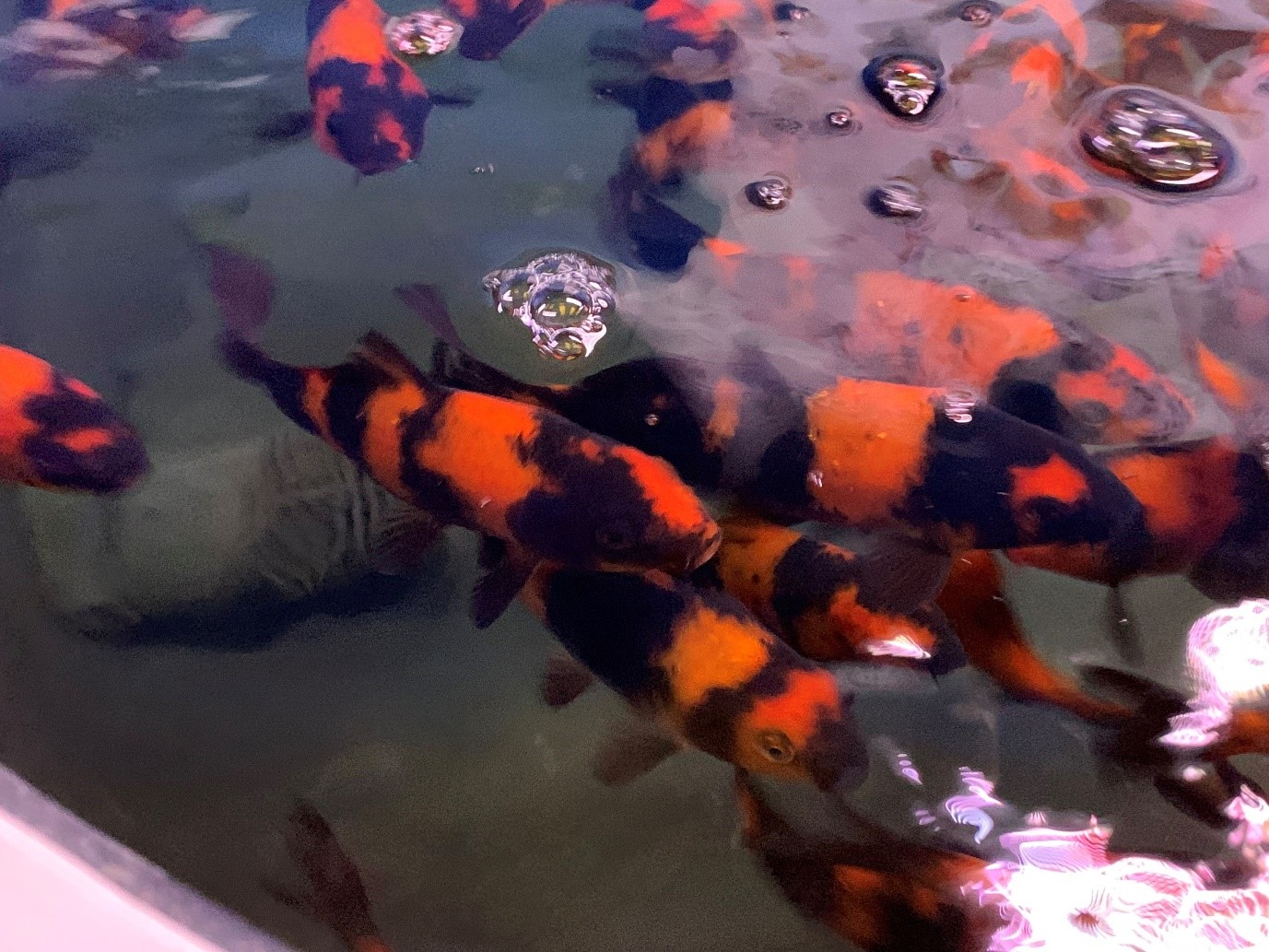 Koi (Cyprinus carpio) are undeniably one of the most diverse pet fish available and like pedigree dogs, named breeds are highly prized. Japanese bred fish are still the best and these Hi Utsuri at Mere Park really caught our eye during a recent visit, although they were so intent on begging for food that it was a challenge to get a reasonable photo! They look even better in the flesh. 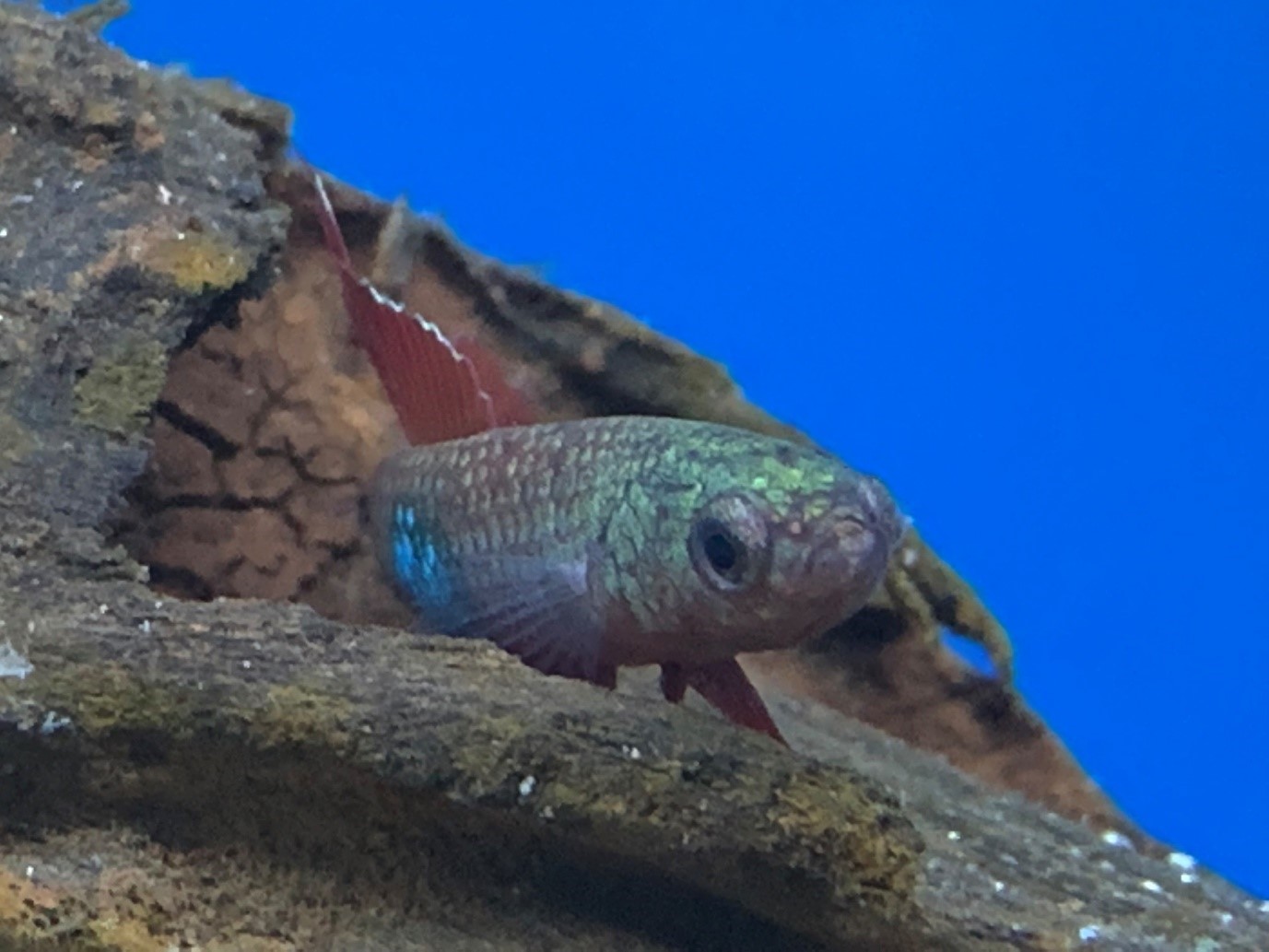 For many people, there’s only one Betta – a domesticated gaudy fish that is far removed from its assorted wild ancestors. You can see how upset the overlooked members of the genus are by the look on the face of this quietly beautiful Betta brownorum at our Bridgnorth store. These blackwater gems are happiest in tannin-stained soft water with plenty of cover. A carpet of dead leaves will remind them of their ancestral home, as well as helping to duplicate the conditions that they need to thrive. Kept in this way, they’ll show colours which make their domesticated cousins seem brash. 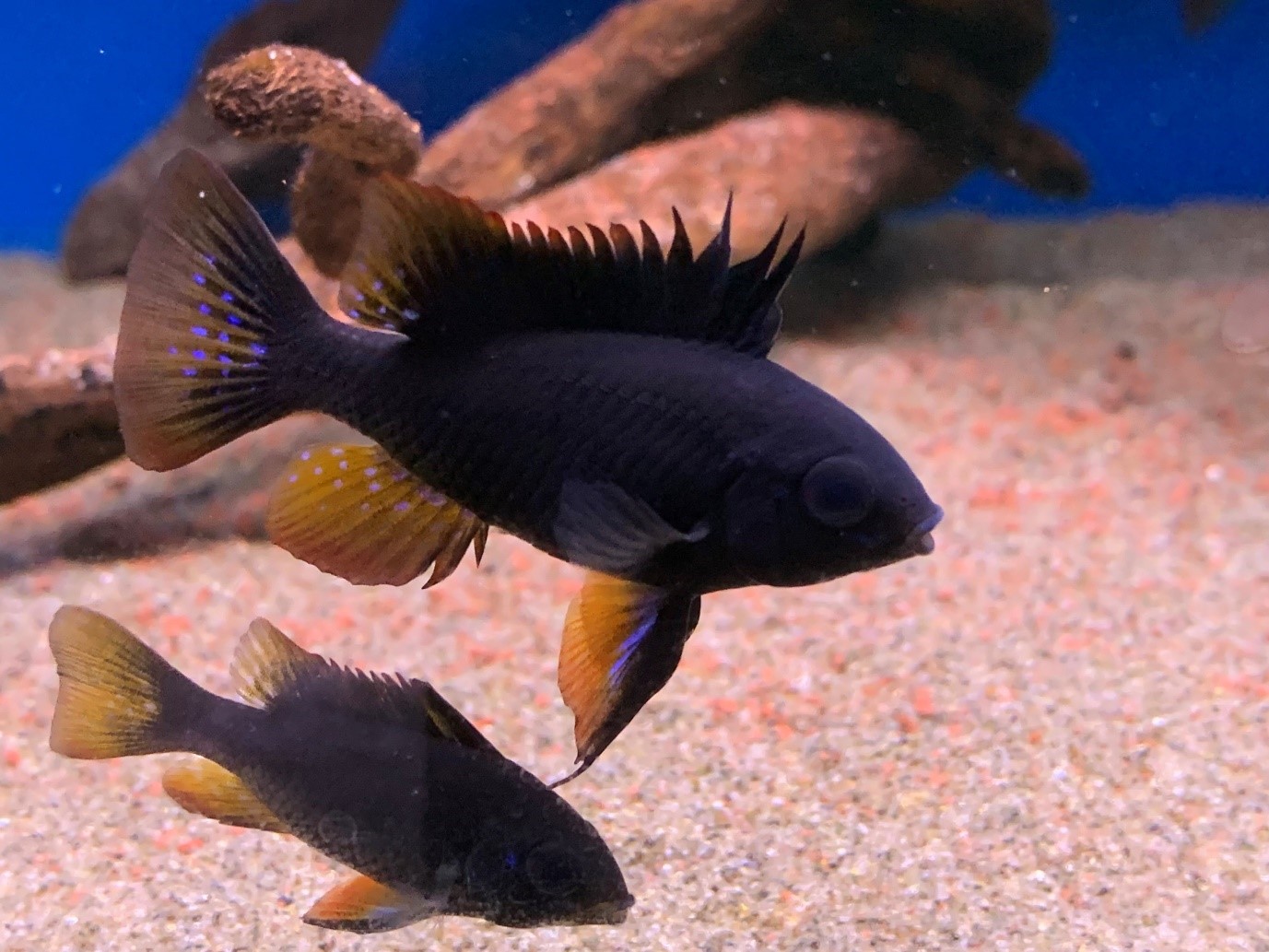 Having long associated dark colouration with ill health in Rams (Mikrogeophagus ramirezi), I’m particularly pleased to see that the continued selective breeding of Black rams has led to a much deeper colour becoming the standard. This batch at our Bristol store were some of the best we’ve seen yet, which for lovers of the misleading online common name begs the question – are these Black German blue rams, or German black blue rams? The old books used to call them Ramirezi, of course, they were in Apistogramma back then but nobody’s perfect.