Garden ponds can be home to many fascinating creatures, some of which are useful to the pond keeper and help to balance vital dynamic processes. These are especially useful in the low-tech surroundings of the wildlife pond.

Snails are familiar to most gardeners and their aquatic relatives are generally more welcome than their vegetable-munching kin. A few small species such as Radix will often hitchhike on pond plants and establish populations, but larger types are often introduced for their virtues.

Ramshorn snails (Planorbis sp.) are welcome algae eaters that will breed if conditions suit them and can play a role in controlling blanketweed by grazing hard surfaces. As native species, they’re a perfect addition to the pond and are completely harmless to other pond life. Compatibility is a two-way street and it’s important to note that large carp will eat them given the chance.

The other large native snail commonly seen in stores is the Great pond snail (Lymnaea stagnalis), a whelk-shaped species which has a broader diet that the Ramshorn and can be useful in consuming dying plant material as well as algae and uneaten fish food. These large snails can often be seen taking air from the surface and this enables them to thrive in low oxygen environments, such as heavily planted ponds. Their final trick is to consume the tiny carnivorous Hydra which predate fish fry – making them a sensible addition to breeding tanks where the use of live foods can introduce these easily overlooked threats.

In recent years, the Trapdoor snail (Viviparous sp.) has become popular as an algae eater and gets its name from the operculum used to seal in moisture during dry spells or protect its soft body parts.

Snails will often be overwhelmed at first, so may need to be added in significant numbers to ensure a fast result. As they need calcium for healthy shell growth, snails will often struggle in acidic conditions. Like most pond creatures, they’ll thrive in the warm shallows during summer and cold, deep water makes them sluggish.

Swan mussels (Anodonta cygnea) are a surprising sight in pond vats and have traditionally been added due to their filter feeding lifestyle. Buried in sediment on the base of water bodies, they do indeed strain particles from the water and are best suited to the wildlife pond where they’re not having to compete with filtration designed to remove the planktonic particles they feed on. The other reason why mussels are best in fish-free ponds is due to their method of reproduction, as larval mussels are parasites that attach themselves to fish. 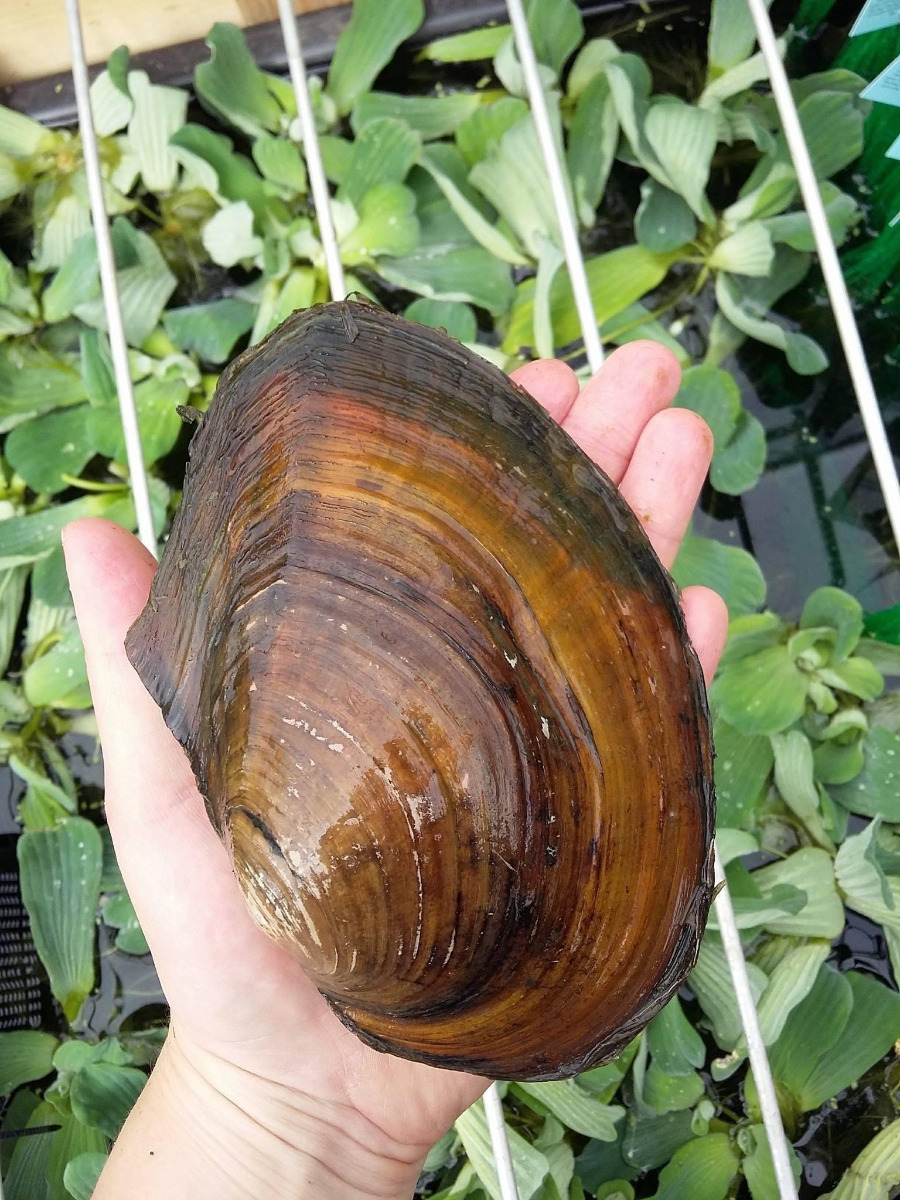 As can be seen, some of these invertebrates are better caretakers than others and probably the hardest working of all can be found in bags as live food. Water fleas (or Daphnia to give them their proper name) are a popular treat for aquarium fish but actually feed on the microscopic green water algae that cloud the pond. As they’re eagerly consumed by fish and damaged by pumps, these tiny crustaceans are best added to unfiltered wildlife ponds where they’ll reproduce and thrive until the water is clear.