Fish keepers don’t generally like change, ours is a venerable hobby pursued by our forebears for more than a century. Of course, back then it was all about the balanced aquarium and the fundamentals of this biological process have changed little.

Now that we have a better understanding of the processes involved, the big push has been towards fishless cycling - a laudable approach that removes our pets from the biggest source of stress and mortality that has plagued new hobbyists for years. This technique has divided opinions and if you ask anyone who’s worked in an aquarium shop they’ll tell you that it’s a battle to convince customers that they can’t “take the risk” and add fish to a brand new tank.

With the advent of products that can genuinely inoculate a new system with the appropriate bacteria, fishless cycling is arguably showing the same stubborn attitude it has fought to defeat, in giving rise to a generation of hobbyists that display a critical bias towards viable alternatives that can improve the lot of aquarium fishes.

I’m a grumpy old fishkeeper myself and display a healthy scepticism towards anything new, especially if it purports to remove the need for water changes or other vital aspects of husbandry. With this in mind, I was like many of our staff and remained unconvinced. Luckily, I was in a position to test the claims made and my experiences agreed with those who’d also reported good results. I use the Hydra units when undertaking filming projects, these typically involve transporting and holding fish in temporary setups where limitations existed on the use of mature filters. As someone who firmly believes in the sanctity of animal welfare, I quickly found that they gave the belt and braces protection needed.

Tests in-store revealed certain trends too, when introduced to systems with water quality issues such as high nitrates, improvements weren’t immediate and suggested that claims were open to misinterpretation.

In an attempt to get a better understanding of how Hydra filters worked, an experiment was devised in conversation with the founder of Maidenhead Aquatics himself - two identical Home 60 tanks were set up side by side and monitored using Seneye units, which are far more sensitive and reliable than conventional testing equipment. One contained a Hydra internal, the other was a control with a Fluval. The experiment was simple, ammonia would be introduced and the resulting levels observed. 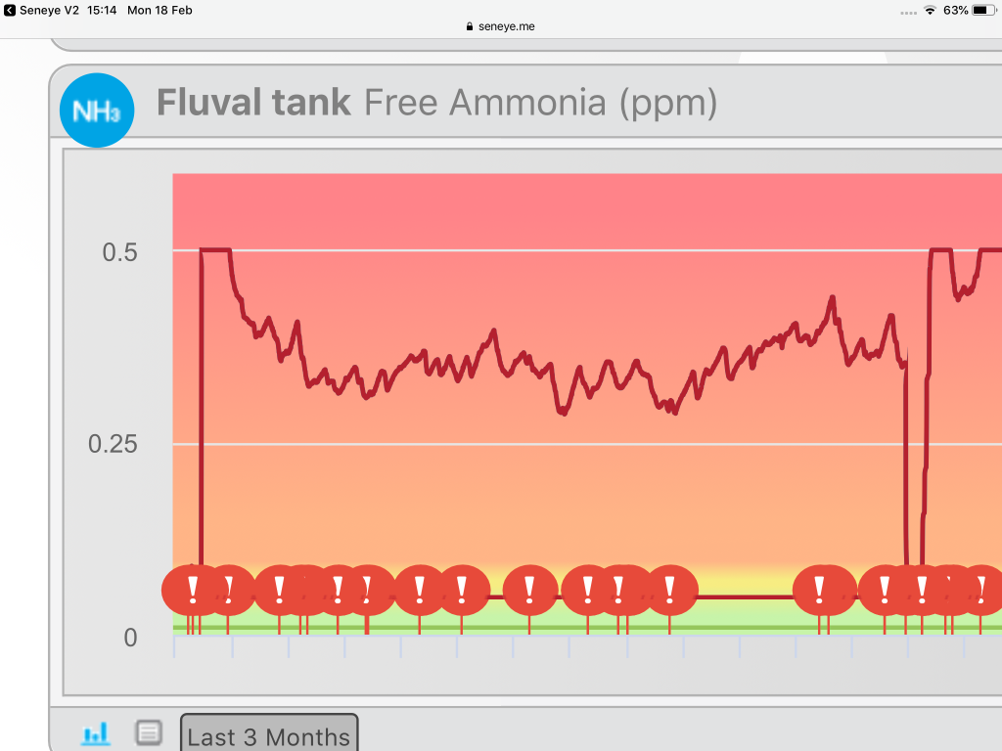 The first experiment yielded some interesting results, with the source product (laboratory-grade ammonia) being particularly resistant to removal. After inconclusive results, both tanks were reset. This is the point where the experiment has been abandoned by other testers, who have used this result to conclude that this technology is ineffective. There had to be more to it than this.

The experiment was repeated using Dr Tim’s ammonium chloride, a product sold for fishless cycling. This was when the first significant differences were noticed. In order to achieve a meaningful spike, four additions of ammonium were made giving a total volume of approximately 4ml once drops and measures were combined. Looking at the readings, it can be seen that although equal quantities were used, levels were very different.

The Fluval tank peaked at 0.5ppm whereas the Hydra hit around 0.3ppm and varied daily before finally dropping away. The Fluval tank spontaneously started to cycle after a couple of weeks and ammonia levels dropped sharply. 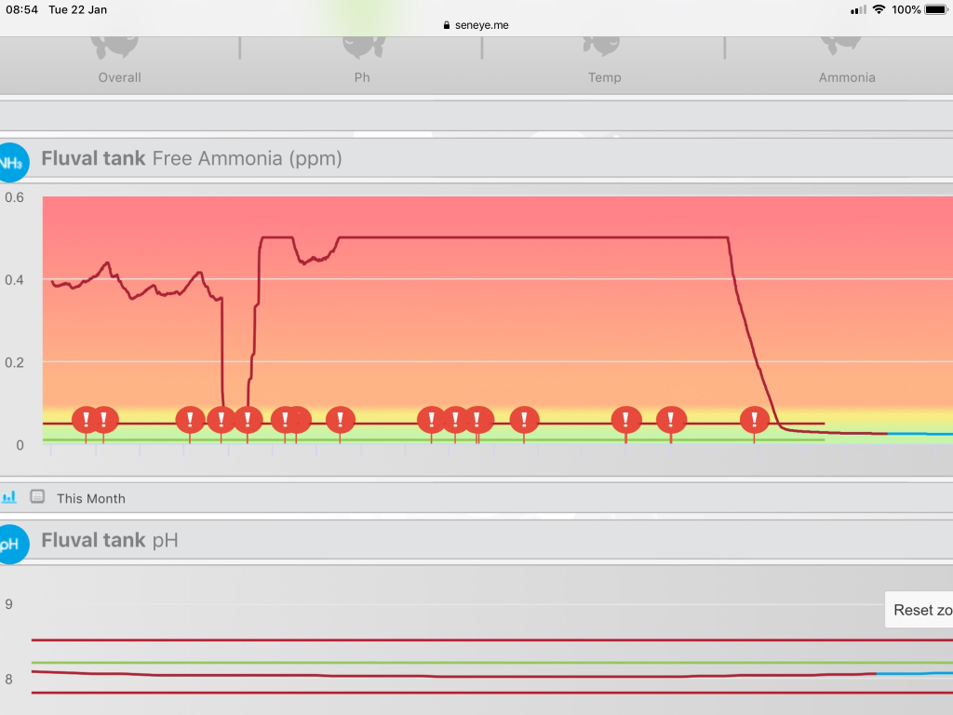 This difference carried through to the final testing when there was a dramatic difference in nitrate levels and the Fluval tank showed 175ppm as compared to 100ppm for the hydra tank. Nitrite tested at 5ppm in both tanks, although I’m not convinced that the test kits used were able to avoid false positives by measuring free N ions.


The third stage of the process called for a more real-world application and two 4” goldfish were used as an ammonia source, both weighed and receiving the same measured quantities of food. Caution was exercised, as exposing fish to harmful pollutants was to be avoided as much as possible.

From the outset, it could be seen that the more steady waste output of the fishes was processed far more effectively by the Hydra and ammonia remained at trace levels, usually three times lower than the Fluval tank.

Looking at the behaviour of the two fish, it was clear that there was a significant difference in behaviour between them. The fish in the Hydra tank was far more alert and active, begging for food and taking an interest in the surroundings. After a week, the experiment was concluded and both fish were placed in the Hydra set up with no increase in ammonia levels. Having earned their retirement, the two fishes now reside in my garden in 5,500 litres of water.

Note that between all three experiments, all equipment was sterilised. The Hydra catapure cartridges were changed and the Fluval carbon foams were replaced. All setups were filled with tap water with a carbonate hardness of around 6dKH.

What does this experiment mean?

It was clear that the most dramatic result came from the live fish test. The most significant difference was the gradual nature of the waste input, where low levels of pollutant were quickly processed. Nitrate levels were also different at the end of the experiment, with the Hydra tank having 75% lower values than the control.

It’s clear that Hydras produce very different results when tested in different circumstances. Presented with artificially induced spikes in ammonia, the unit struggled, but it becomes clear that they function to prevent these spikes when used correctly. Added to a new system, they’ll keep water parameters in good shape and short circuit the accumulation of nitrate. Added to an old set up, they’ll prevent further deterioration but not remedy existing problems directly - if you have high nitrates, for example, they’ll stop them getting higher but other processes (such as water changes) will be needed to give the short term improvements.

My advice to stock any aquarium gradually remains unchanged by the use of these units. I’ve seen the big inline ones cope with kilos of carp introduced into large volumes of water when the need arose but that’s not an everyday situation. Using a Hydra filter will save your fishes from exposure to harmful levels of ammonia and nitrite, as well as reducing the build-up of nitrate and therefore dropping the frequency of water changes, or making heavily stocked messy cichlid or goldfish tanks function more efficiently. When mature filters fail you, they’ll spring into action to maintain good water quality.

Personally, I use them when I move my temperate species indoors for the winter and they’ve proved ideal for this role. When spring sees my pets move back outside, I dry and store them knowing that they’ll be ready for immediate action at the other end of the year.