One L of a Bargain

It’s that time of year again, as the days start to shorten and the water lily leaves begin to fade, the new season of tropical imports begins. As expected, freight charges and other costs have increased, which means that the many catfishes which have been quietly growing-on in our stores during lockdown are at prices that are unlikely to be seen again - like this L114 Leopard cactus plec (Pseudacanthicus cf. leopardus) at Melksham . 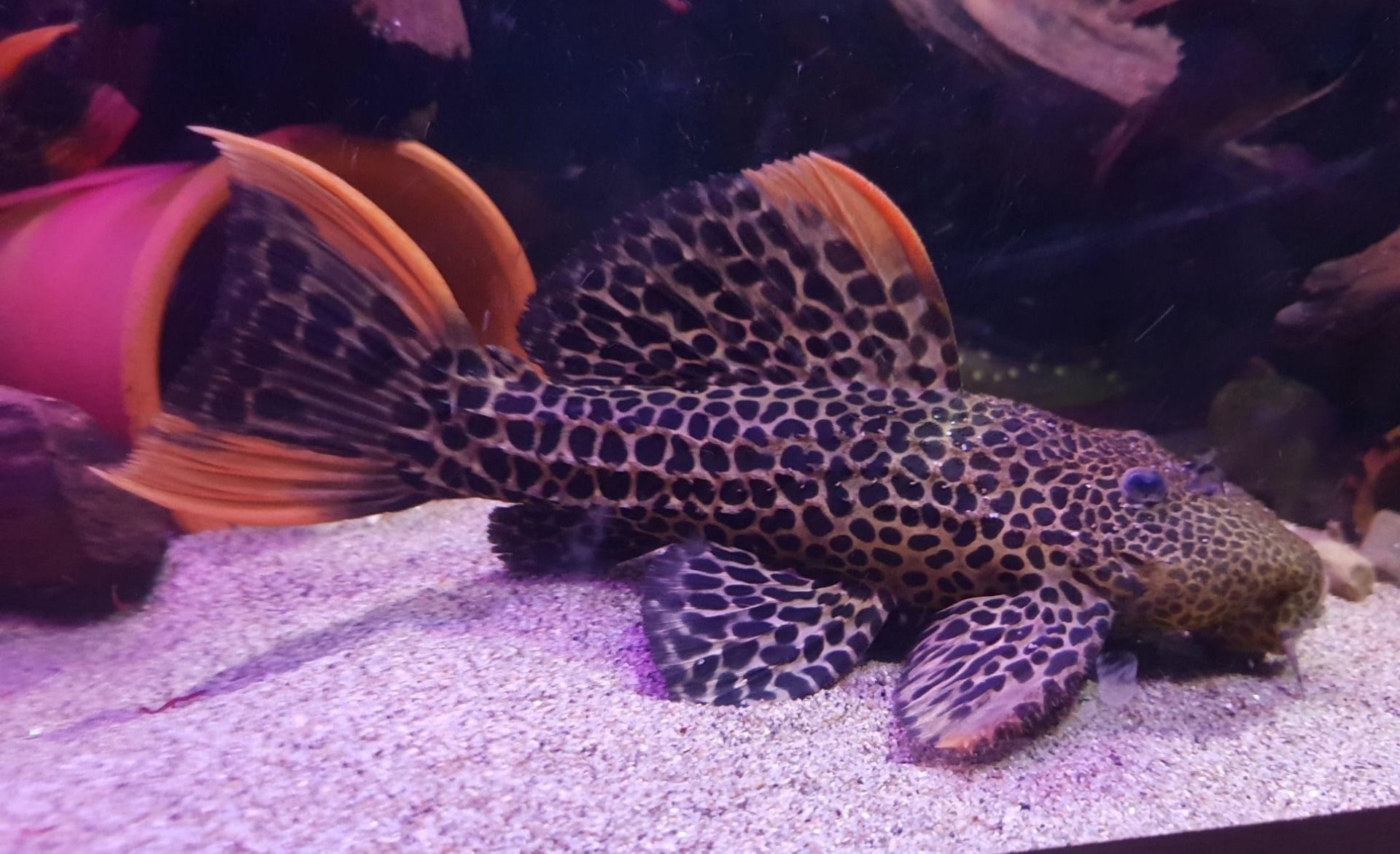 These fish have come a long way from the janitorial duties of the past and are now widely appreciated by many fans worldwide. With good reason too, as these are a fascinating and diverse group of fishes which are now being widely bred both commercially and in the fish rooms of hobbyists.

‘L numbers’ gain their group name thanks to the difference in pace between aquarium fish collectors and taxonomic scientists, as a shorthand system was needed to catalogue these undescribed Loricariids and make communication possible. With so many of them being black with white spots, or brown with a few spots or squiggles, common names weren’t really going to help much although a few have become well established. As juvenile fish sometimes differ from their adult counterparts, some species carry L numbers that represent young or old individuals of the same species. Those that have been familiar to fish keepers and scientists before the gold (nugget) rush have binomial names without L numbers.

With such a diversity of species, there are almost enough of them to use the old cliche of “to suit any style of aquarium” when the reality is that these are often fishes to base a community around. There are some which will quietly munch algae between meals, some that demand meaty rations, some that will chew their way through bogwood and some that feel most at home in systems with water movement that would put a reef tank to shame. With scores of dedicated fans, it’s easy to find resources that will tell you who eats algae pellets and who wants something altogether more protein based.

As these catfish tend to be a little light-shy, they won’t always be seen in our stock tanks and you may need to ask our colleagues for a glimpse of their hidden highlights.