It’s not often that we live through a once in a lifetime event (let’s hope that we don’t have too many more global pandemics heading our way) but this one is far jollier! With our Queen reaching the incredible milestone of a seventy-year reign, it seems timely to offer our congratulations and look at a few other royals which we’re familiar with.

What better fish to start with than the Royal gramma (Gramma loreto)? This Caribbean Queen is an absolute star, undemanding and easy going with a hardy nature. Like many old favourites, it would cause an absolute sensation if it was introduced to the hobby today. Unlike many popular marines, it’s possible to keep more than one individual as long as you follow certain rules. As with many species, gender is a function of status and size, with larger individuals becoming male. A single larger fish in the company of several smaller individuals will usually result in a harmonious group. The absence of a clearly larger dominant fish will result in fighting, and this mirrors the situation seen in many marines, where myths arise about compatibility. When both sexes are present, grammas spawn readily and their love life is fairly standard for territorial saltwater fishes – the male will build a nest in a suitable cavity, before courting females to lay their eggs within. He then guards these until hatching, when the larvae drift off to an uncertain fate in the plankton before settling back on the reef. 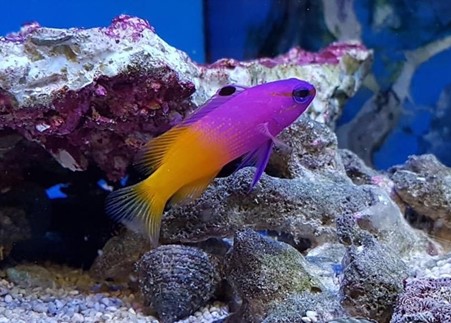 It may currently lack a proper scientific name but the Queen arabesque plec (Hypancistrus sp. L260) is undeniably a class act. Native to the Rio Tapajos in Brazil, this Amazonian beauty is a world away from the dowdy algae-munching members of the family and is decidedly carnivorous, with a preference for insect larvae and crustaceans. This regal catfish demands the very best water quality and will only thrive in fast-moving water high in oxygen and low in nitrates. Given these conditions and plenty of caves to call home, it will deign to spawn and once again the male is the one left holding the baby. In a cave with plenty of flow, he will guard the eggs until they hatch, leaving the young to disperse once independent. 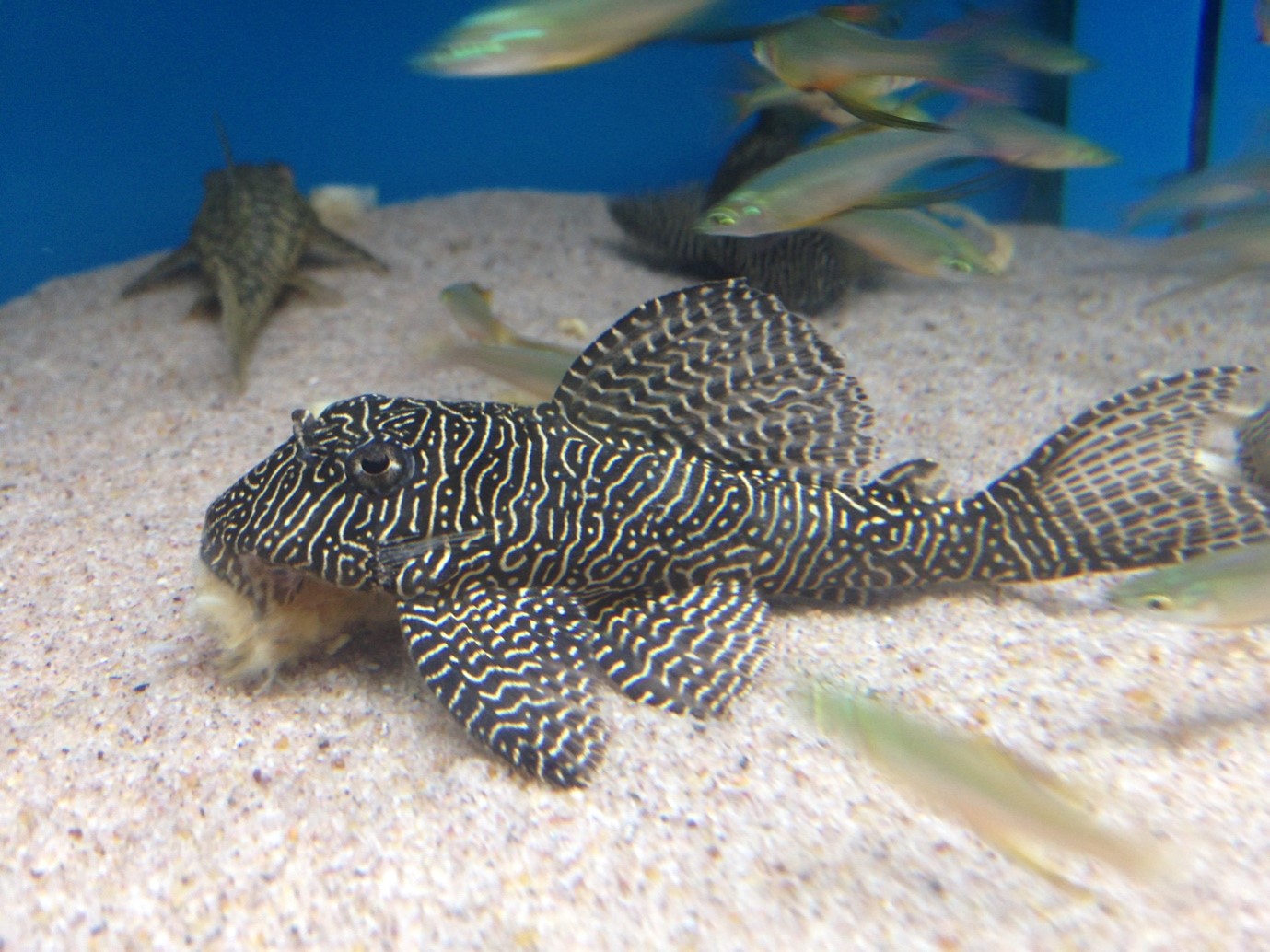 Arguably more famous as Dory, the Regal tang (Paracanthurus hepatus) is a very familiar sight in a whole host of places. This is good news for parents, as it’s far easier to accommodate the needs of a soft toy, lunchbox, or duvet cover than those of the real thing. This fish has been a popular aquarium resident for decades, long before becoming a film character. In all this time, its demands have remained the same – a very large aquarium, excellent water quality and a good diet. It can be tempting to introduce youngsters into aquaria that they’ll outgrow but bear in mind that this is a fish capable of reaching a foot in length which requires a lot of space. The popularity of this fish can be a good thing and sustainably sourced Regal tangs are an important part of the LINI project: https://www.fishkeeper.co.uk/stories/lini-foundation 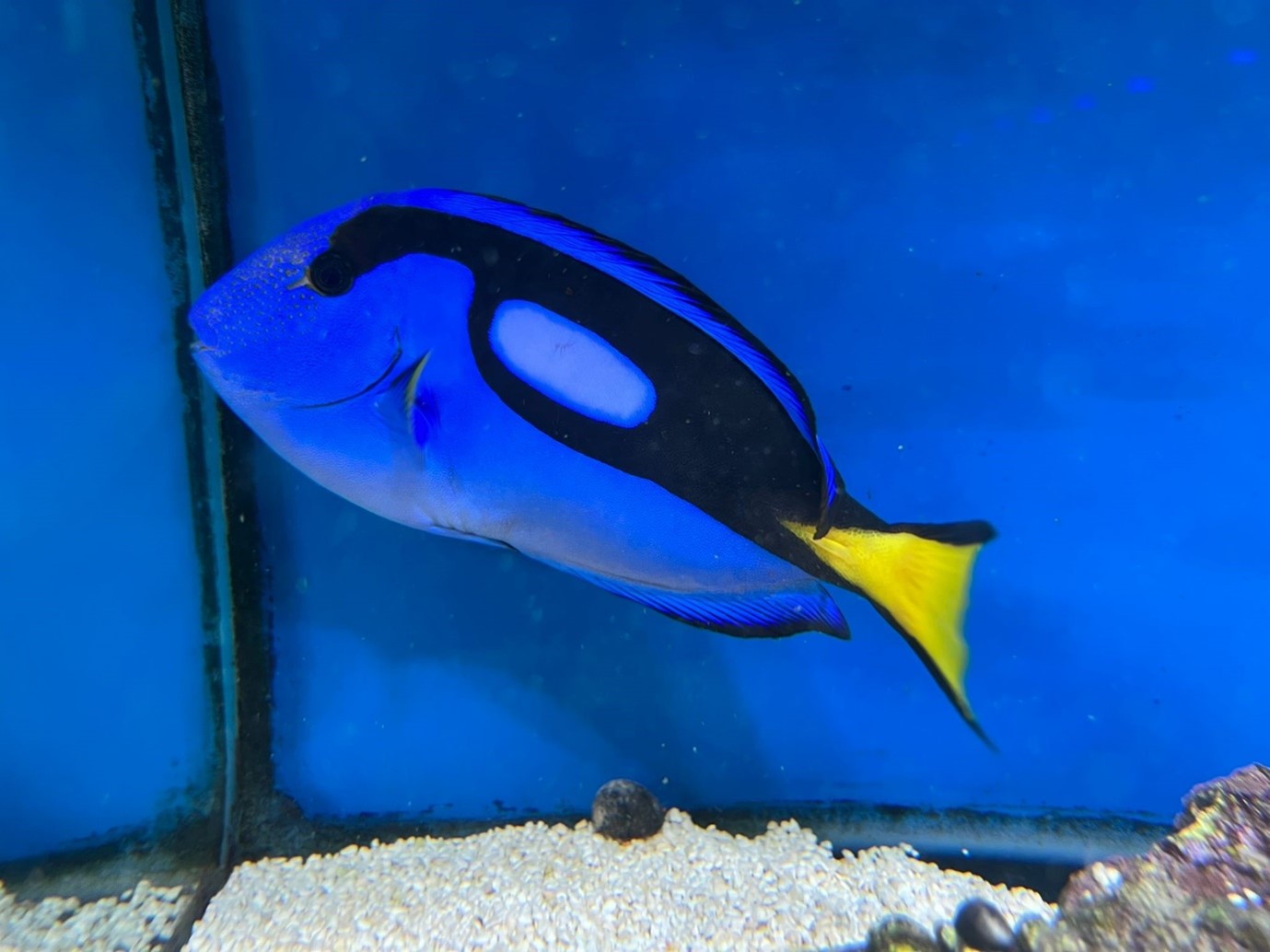 It seems that regal monikers go hand in hand with large size in marine fish and the Queen angelfish (Holacanthus ciliaris) certainly demands a king-sized aquarium. At home in the Tropical Western Atlantic region, Queen angels are so named because of the ‘crown’ worn by mature specimens. Out of interest, the King angel (Holacanthus passer) inhabits the Pacific on the opposite side of the continent.  In the wild, these fish cruise their home territory grazing on sponges and other reef life and will thrive when offered a quality dried food that balances a diet that includes frozen and algae-based fare. Like all of their kin, these fish undergo a shift in colouration with age that enables juveniles to live within the territories of adults without being seen as intruders. 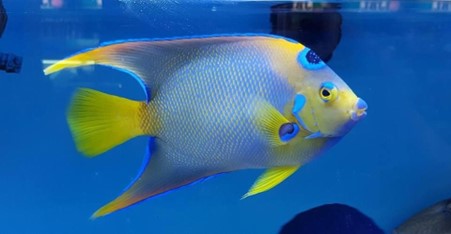