After a mild wet winter that was more of a rainy season, pond fish have had an easy time of things. Whilst temperatures are still rather low, our stores are filling with fishes ready for the start of a new season. A trip to our Wenvoe branch is always guaranteed to inspire anyone to fall for their high grade Japanese koi (Cyprinus carpio) and with room in the pools for the 2020 season, they’re just starting to stock the sweet shop! 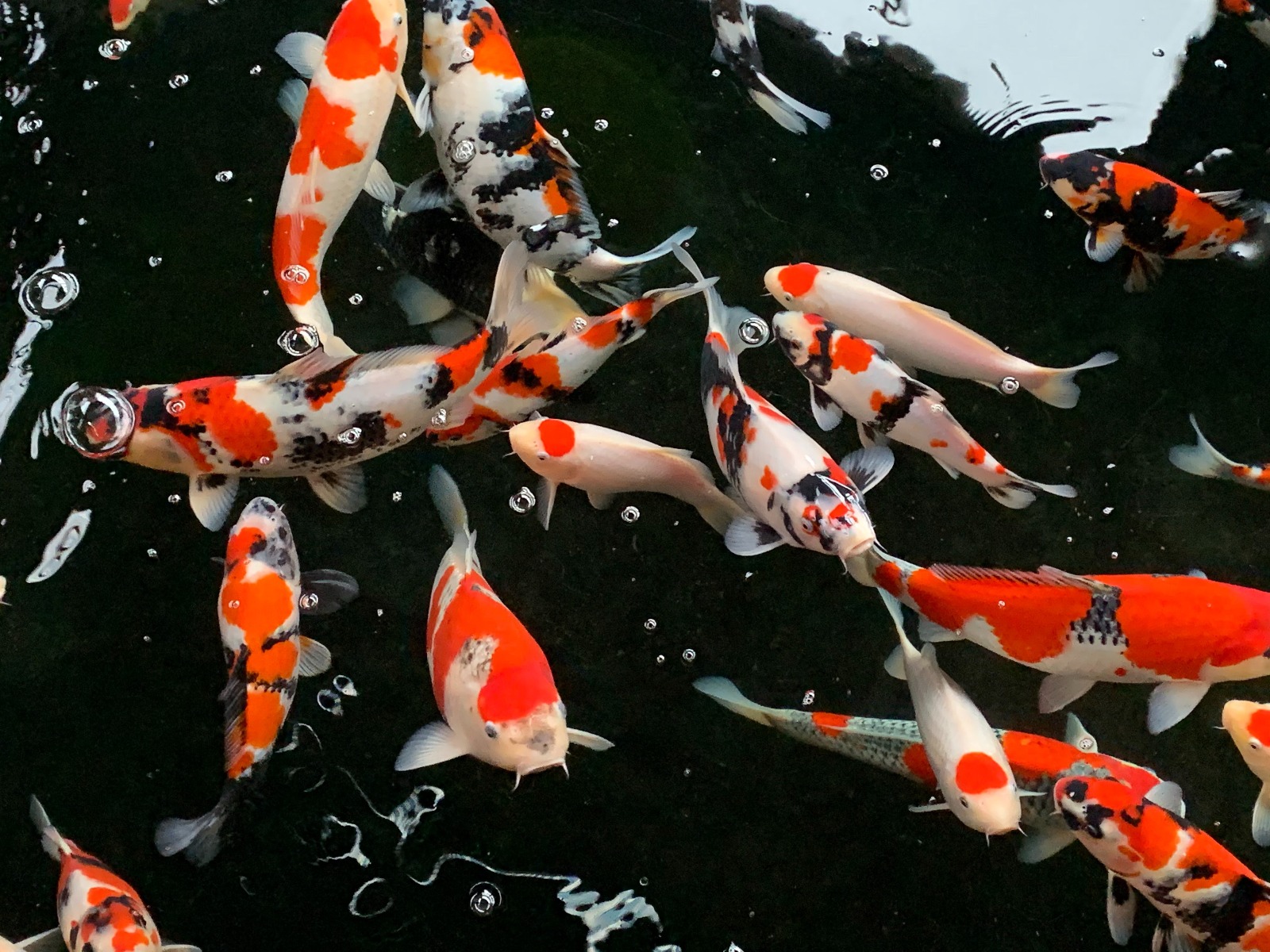 Common names are easily subverted and sometimes this makes for better sales potential. When Heiko Bleher collected Glossolepis pseudoincisus from Lake Ifaten in 2001, he declared it to be the “fish of the millennium” due to its bright red colouration and nearly two decades later this name has stuck. These two males were part of a batch of Millennium rainbowfish seen recently during a trip to our Bristol  branch. Meanwhile, the first collection of this species in 1954 means that the original catching location gives an alternative name of Tami River rainbowfish. Both of these names are prettier than the scientific name, which would loosely translate as ‘false red rainbowfish’ an insulting term for a species which probably has more potential for modestly-sized aquaria than its big red relative G. incisus. Whatever you call them, these are cracking fish best kept in large mixed-sex groups that enable the males to attempt to outshine one another. 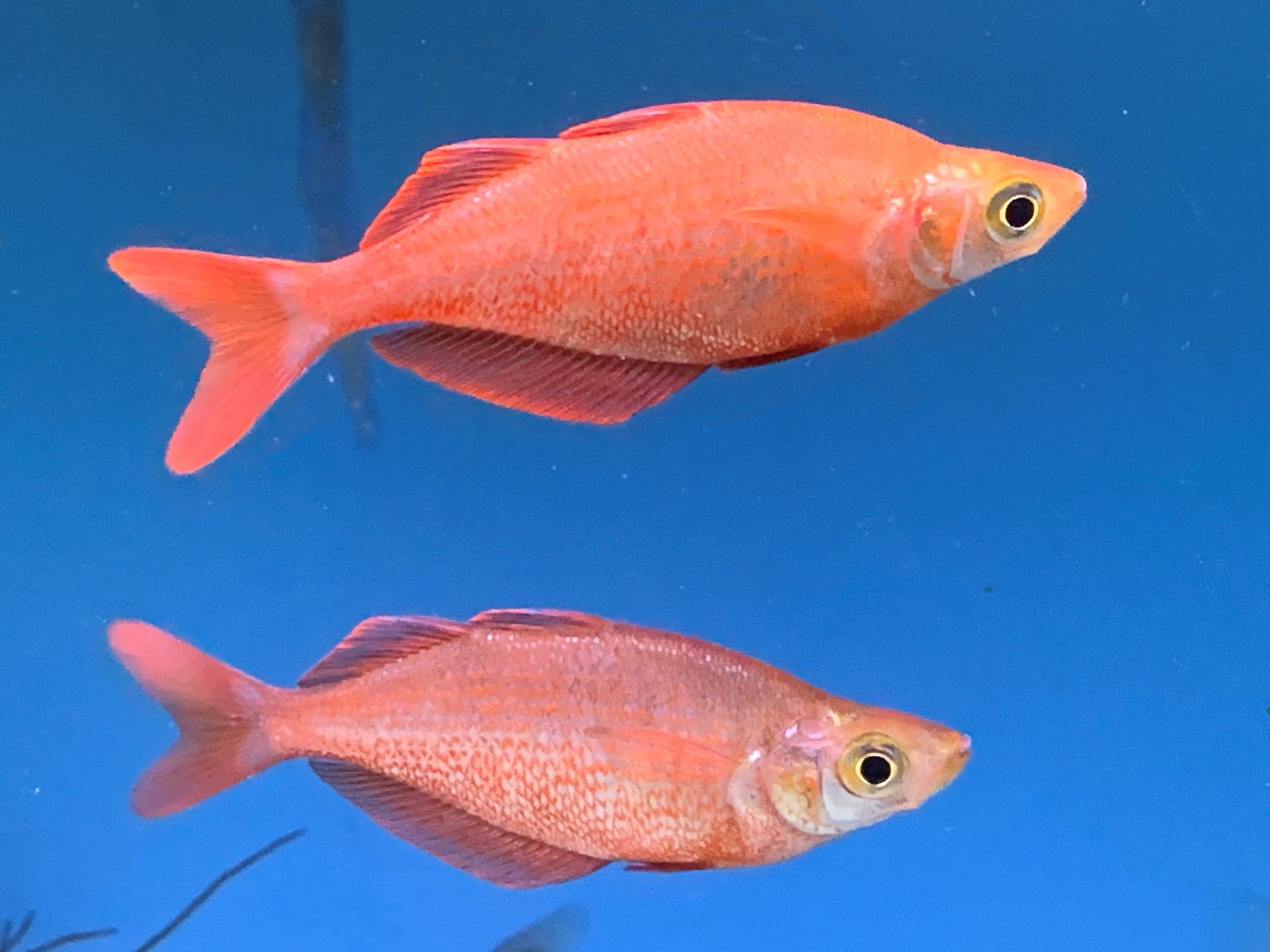 Marine invertebrates are weird. Some might be familiar due to similarities with their terrestrial kin but there’s always something that looks like it crawled off the set of a sci-fi movie to reflect what happens when evolution has millions of years to craft the perfect fit for an ecological niche. During a visit to Reefkeeper Windsor  I encountered some curious creatures labelled as Sea Mice that deserved some study. They seemed to have the tube feet of an echinoderm, rather than being worms like the sea mice found around our shores. This is because they’re Longspine heart urchins (Maretia planulata), a species adapted to burrowing in deep substrates. Like all echinoderms, these animals can be damaged by sudden changes in salinity and care should be taken in acclimatising them gently when adding them to your aquarium. 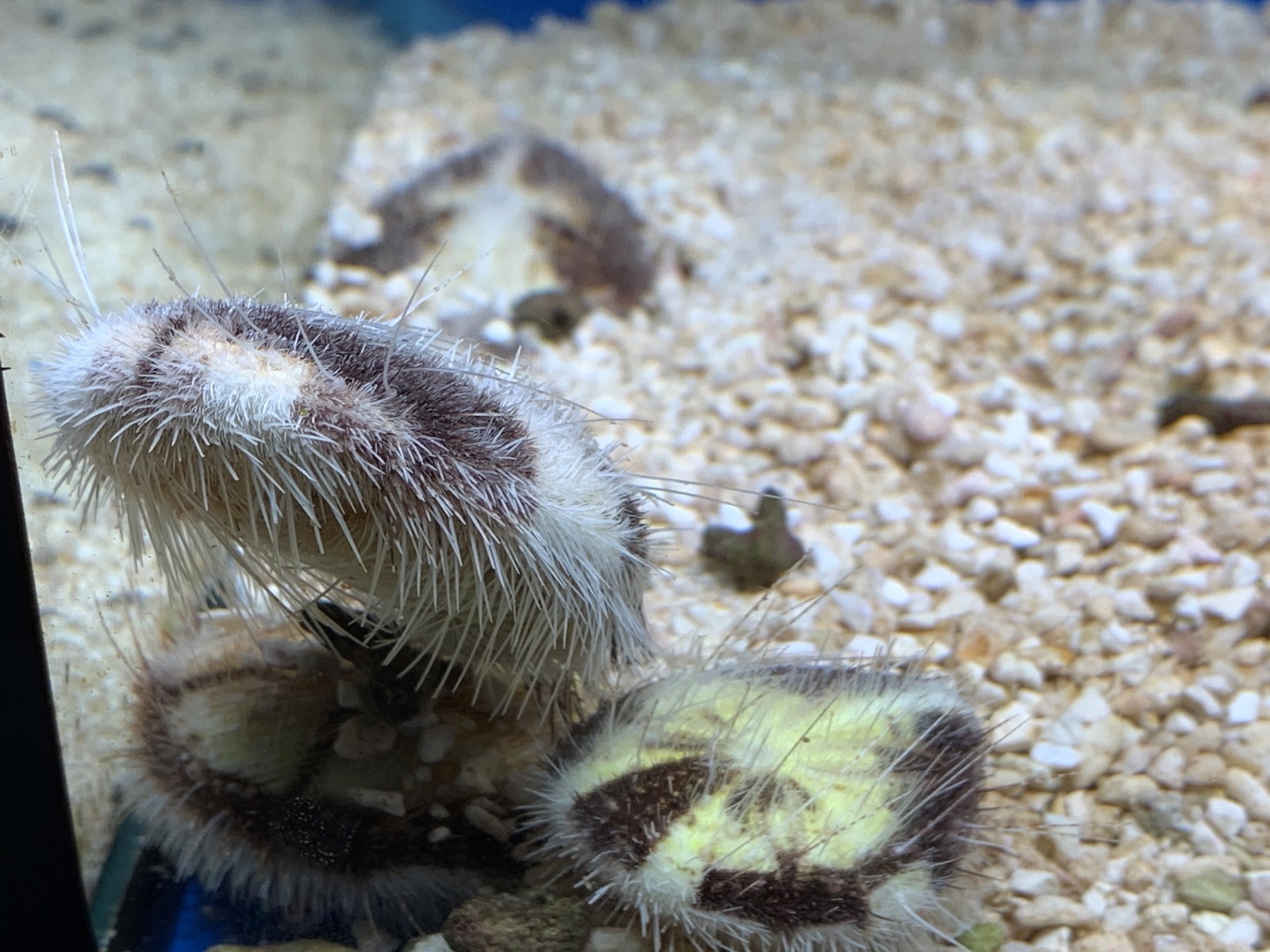 Shubunkin goldfish (Carassius auratus var.) are very familiar to pond keepers but fewer people know that these are a variety that comes in different breeds. With their long tails, most commercial pond shubunkins are actually better defined as calico comets, with pedigree ‘shubs’ coming in two forms - the short-tailed London and the more ornately finned Bristol shubunkin. Bristols are rare in the trade but not too far from their city of origin I was lucky to find some at our Cwmbran  store. These fish are hardy enough to live outdoors but their beautiful finnage might be better appreciated in a large aquarium where they can be viewed from the side. Bear in mind that like all single-tailed goldfish, they can grow to a foot in length and produce a lot of waste. 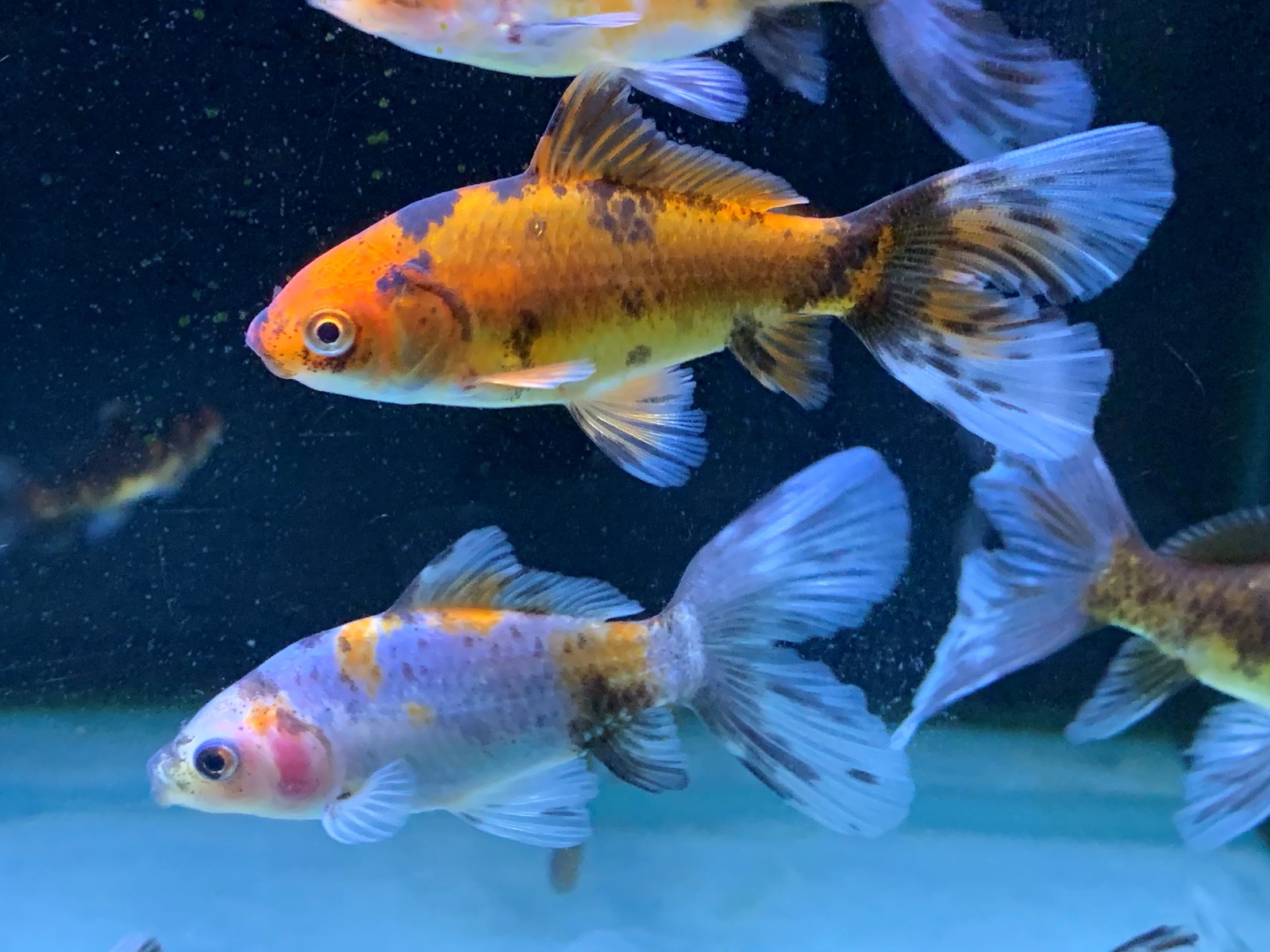 Some fish are undeniably cute, one such example was this young Blunt-jawed Elephantnose (Gnathonemus tamandua) at our Stapleton  store. Captive bred examples such as this demonstrate that even fairly demanding species can be successfully kept and spawned in aquaria if their requirements are met. Elephantnose like dimly-lit tanks, softwater, sandy substrates and lots of frozen foods in their diet. They navigate using electrical fields and have big brains to accomplish this feat of electrickery (of course it’s a word). Socially, they tend to be all or nothing and are best kept either singly or in large groups provided with lots of hiding places to minimise squabbling. They typically ignore other species too large to swallow and given their feeding preferences, peaceful sedate tankmates are the best way to combine them with other species. 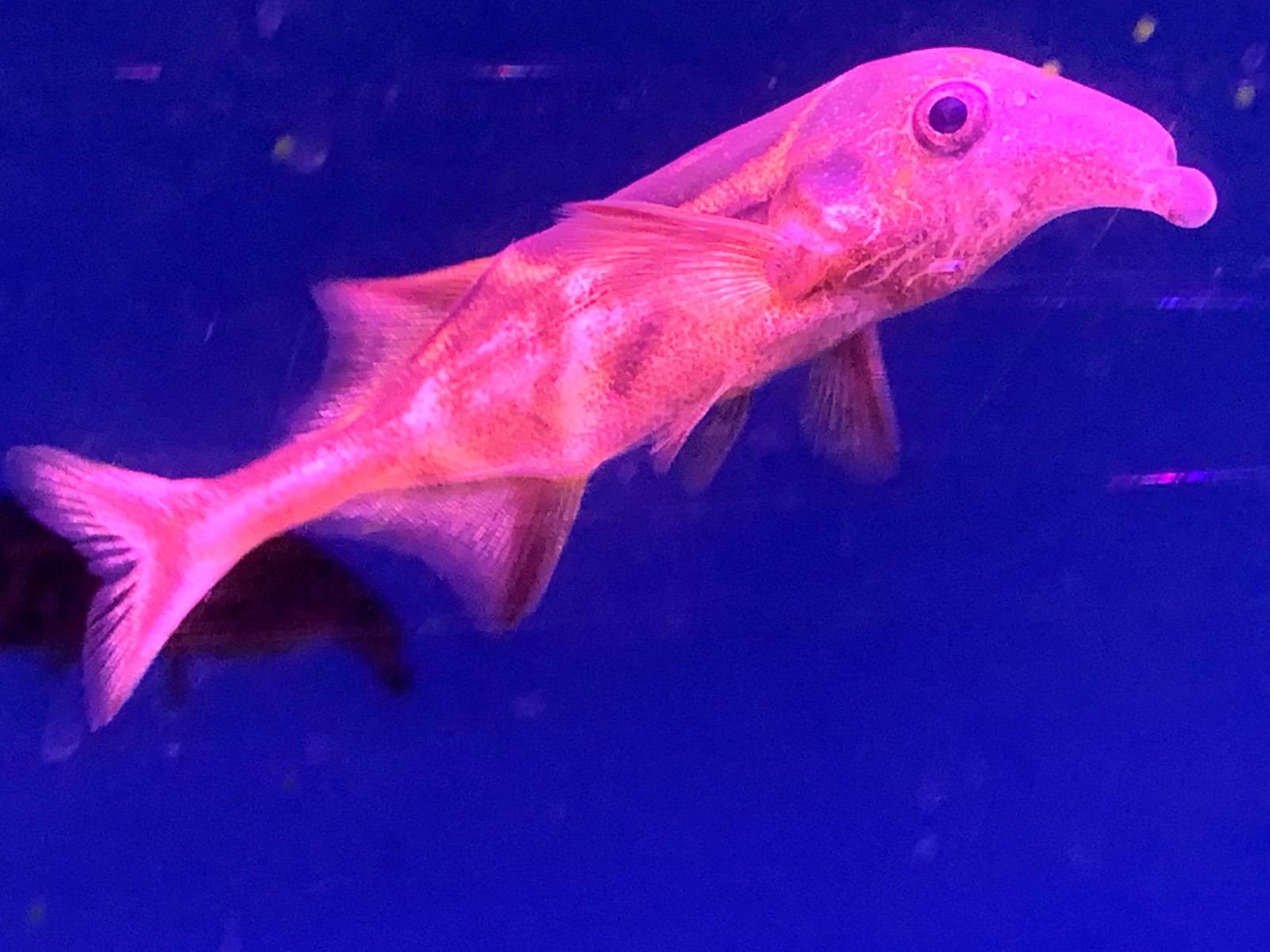